in the midst of a roundabout.
I’ve flown into Heathrow
to meet with the latest in iris recognition
a mere five hours ago,

having driven through a hamlet
known as Settecani,
a spot on the lung of Emilia-Romagna,
when the quite uncanny

voice that had started to intone
what sounded like a psalm
through my hire car’s old global positioning system
made me lose my aplomb,

before slinking through the centre—
though it’s much less a slink,
in fact, than the embodiment of resignation
that just now makes me think

it’s as if his own mother had
picked him up by the nape
and ferried him across another intersection.
The whole thing’s caught on tape.

Paul Muldoon won the 2003 Pulitzer Prize for Poetry, for his book Moy Sand and Gravel. He is the poetry editor of The New Yorker.

This Is Your Life 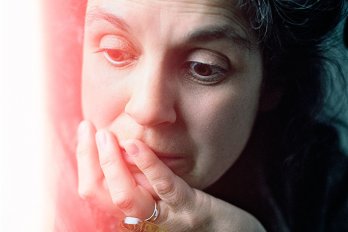