The Joys of Gas-station Cuisine | The Walrus
Skip to content 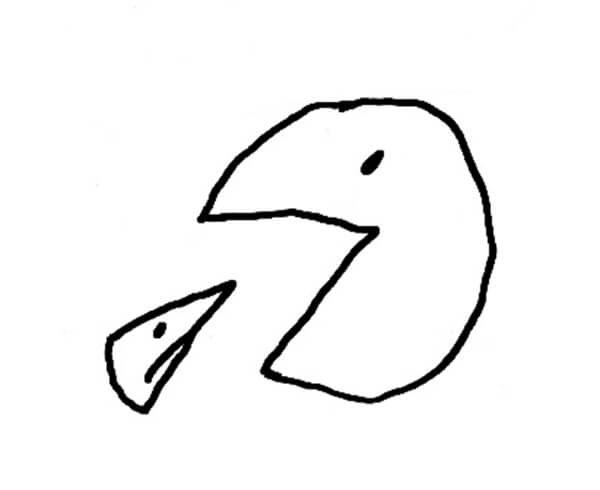 The May edition of The Walrus explores the subject of food—from the fungus-strewn wilds of Ontario to a multi-million-dollar casino restaurant for Montreal’s tourists and high-rollers. In this entry, I bring readers to a less exotic setting: the sixth-floor conference room of a shabby, Cleveland hotel located just off the I-71.

I migrate there every October to move cardboard tokens around World War II battle maps in the company of like-minded men. Advanced Squad Leader (ASL)—as our war-gaming hobby is called—remains an obscure pursuit, not only because the rules are hideously complex, but also because each game typically lasts at least four hours. During ASL competitions, such as the annual Cleveland tournament, players often will sit hunched over game boards from the early morning till the wee hours of the night.

Because these events are as much tests of intellectual endurance as they are of strategic acumen, tournament players strip their daily routines down to essentials. The few minutes that might be required to FaceTime one’s children, or perform even the barest rudiments of physical hygiene, or change clothes before collapsing into sleep, must be balanced against the need for strategizing. Whole days pass in which I do not check my email—or have a proper meal.

As it happens, eating well at this particular downmarket Cleveland hotel is a challenge even for those who are not re-fighting World War II. (The lodging chain in question refused to publish my detailed—and completely accurate—2014 review of the hotel’s only restaurant, on the grounds that it contained “inappropriate content.”) Like many of my Cleveland co-competitors, I scurry next door between games to a BP gas station well-stocked with beef jerky, pop tarts, and caffeine drinks, which I typically assemble into a makeshift plat à emporter.

Eating during gameplay is common in Cleveland, and crumbs sometimes pollute the battlefield. On the final night, when the tournament director traditionally provides one and all with complimentary pizza, conditions deteriorate further. Boxes and crusts are left to lie where they fall, like the bodies of the dead after a battle. It is a scene of carnage, and not all men have the mettle to stomach it.

But such filth is not a constant on the ASL tournament circuit. For instance, the hosts of the Scandinavian Open, a similar contest in Copenhagen that I attend every February, encourage a markedly more elevated standard of decorum, particularly with regards to food.

At lunch time in Copenhagen, a chef invades our gaming room and sets out an array of healthy, freshly prepared sandwiches. For dinner, there’s a buffet featuring expertly prepared fish, chicken, and salad. Here, unlike in Cleveland, it is taboo for players to take their plates back to the gaming tables. Instead, we adjourn to a separate dining room and eat in small groups. We use knives and forks—and even napkins. Just as we would back home.

At these mealtimes, you find yourself taking a moment to learn your opponents’ names, perhaps even discuss families and jobs. I will find out more about my opponent in twenty minutes of breaking bread than in our many hours of waging cardboard war.

On one occasion this year, when a game ran late and I missed dinner, the Copenhagen tournament director became very concerned, and notified the chef, who instantly broke off from his regular duties and presented me with an artful assortment of buffet leftovers. This is a mere hostel, no high-end chain hotel. Yet where meals are concerned, the chef treats us gaming nerds as if we were premium corporate clients.

Europe’s culture of food appreciation leaves its mark on architecture. My Cleveland hotel, a former Holiday Inn that’s fallen on hard times, is a lattice of isolation—affording intimacy of only the most accidental and unwelcome sort, such as when you faintly hear an adjoining neighbour having an argument or watching porn. But at the Danhostel, site of the Scandinavian Open, the lobby is dominated by a large, well-maintained common kitchen, where guests store and prepare their food. In the mornings, backpackers and families make bag lunches for their day trips. As spatulas, peelers, and strainers get passed around, some groups fall in with one another. This sort of thing never happens to me when I sit on the curb in front of BP, finishing off a microwaved burrito.

On the other hand, BP has its upside. That plate of food the chef delivered to me in Copenhagen? A beautiful thought. But the truth was, I wasn’t hungry. And with a tight battle on the line that night, I was too wound up for small talk. My only appetite was for victory. Nonetheless, I caved in to Euro-pressure and took my seat in the dining room, slave to Old World manners.

Which is to say, when it comes to the way we consume food, there’s always a trade-off. Conviviality versus convenience. Sophistication versus speed. Gastronomy versus gas stations. The gulf between Copenhagen and Cleveland demonstrates that no diner truly can ever have it all.

This originally appeared in the May 2017 issue.