The Future of Diversity | The Walrus
Skip to content 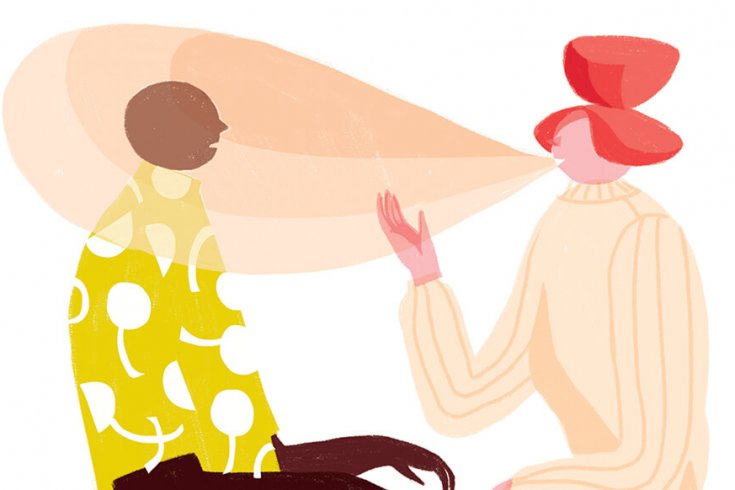 Last summer, a friend of mine, a personal trainer whose success on Instagram has landed him magazine coverage, stopped by a juice bar in a leafy midtown Toronto neighbourhood. An ardent vegan, he’d gone there before to sample its wide selection of cold-pressed, organic juices. When he stepped through the doors, though, the woman who worked there greeted him with “Uber Eats?”

My friend doesn’t believe she was intentional in her racism; he didn’t take his story to social media or demand an apology from the shop’s management. But he did mention his experience where he knew he would be understood: his Black social circles.

But there’s also an understanding that wading into the grey areas of race and racism can easily harm us. In our polarized times, speaking openly about our own lived realities often triggers a backlash from those who would rather shout us into silence than listen. And in the face of white people’s profound desire not to be seen as they are, there is no future for a truly collective “dialogue on race.” We have the dialogue within Black communities, and we often do with other communities of colour as well. But when it comes to white folks, the dialogue is reaching a dead end.

Consider recent instances when Black people in public positions have called out racism and have themselves become targets for condemnation, shifting focus away from the behaviour they’ve pointed out. After CTV host Marci Ien published an article in the Globe and Mail about her repeated traffic stops by Toronto police (a phenomenon sometimes known as “driving while Black”), Staff Superintendent Mario Di Tommaso tweeted that Ien’s race “was not visible” on a video of one of the stops. Several high-ranking current and former officers called Ien’s credibility into question; one even brought up a 2005 interview in which she confessed she “likes speed sometimes.” For a group of public-service employees who’ve remained mostly quiet about a member of the force who allegedly beat a Black youth so severely his left eye needed to be removed and another who allegedly interfered with the investigation of that beating, it was odd to see the police suddenly find a voice unanimous and strong enough to teach a Black woman a lesson on the propriety of publicly discussing institutional racism.

This is also a lesson that Conservative MP Maxime Bernier attempted to teach two Black MPs, after the 2018 federal budget was announced. Immigration minister Ahmed Hussen said the budget (which includes $19 million in funding to support programs for Black youth) was historic for “racialized Canadians,” to which Bernier replied, “I thought the ultimate goal of fighting discrimination was to create a colour-blind society….What’s the purpose of this awful jargon?” A Liberal parliamentary secretary, Celina Caesar-Chavannes, chimed in, circulating an article explaining the soft bigotry of the “colour-blind” ideal, and further suggested Bernier check his privilege and “be quiet.” Bernier rejected her subsequent apology for her tone and sent an email blast to supporters, saying that granting “different rights and privileges to different groups” would only serve to “balkanize society.” Two prominent Black Canadians, who have had far more lived experience than Bernier with the ugly realities of racism, needed to be taught a public lesson.

It’s in these quotidian events, when racialized people who speak up about racism will most often be punished for pointing it out while the original infraction goes unresolved, that the “dialogue” on race with white people terminates. Because engaging in that conversation too often demands we believe that racism is present in a neo-Nazi rally but absent when a white member of Parliament lectures two Black members on the linguistics of race.

And it’s why my friend didn’t respond to the indignity of being treated as the help when he went to the juice bar but then told his Black friends about it. The risk of triggering white racial anxiety—the kind that’s likely to see him punished for speaking up—can be hardly worth the effort. Until white folks are prepared to sit in the uncomfortable awareness of their prejudices, nothing will change. The dialogue is happening, but its future cannot depend on those who aren’t ready or willing to participate.