The Future of Travel | The Walrus
Skip to content 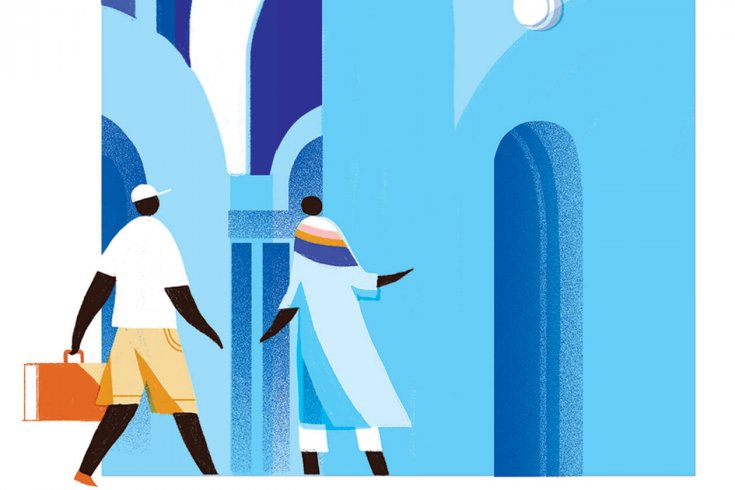 Ipeered again at the group of sixty travellers, mostly women, leaning in to hear their English-language guide as their hijabs kept slipping toward their shoulders. Every one of these visitors to Iran’s desert city of Yazd in the fall of 2013 hailed from China. I could barely recall how, when first I touched down in Beijing, in 1985, almost the only glimpse of foreignness that Chinese citizens could get was at a bowling alley that had just opened up in the capital. Eleven months after my trip to Iran, I found myself chatting with the others in my tour group to North Korea: I remember a physician from Tehran, a Googler from Germany, and two spirited executives from Silicon Valley on a long sabbatical from Apple. The last time I’d visited Pyongyang, I’d been in a group of one.

I began my life of full-time writing and travelling thirty-two years ago. At that time, there were no websites, no smartphones, no video calling to make you feel that home was just a click away. I couldn’t have imagined talk about driverless cars and augmented reality, about trips to Mars and “flying trains” that run faster than commercial planes. At the TED conference in Vancouver last year, I stepped into a virtual-reality space, in which the birds and sounds of a rainforest came swooping down on me, while SpaceX founder Elon Musk spoke on the main stage about his plans for interplanetary travel. But deep down, travel remains what it has always been: the encounter of one human soul with an otherness she can never fully grasp. And even as technology facilitates this—or offers substitutes—I don’t think the core of the experience (wonder, terror, and the eerie mingling of the two) ever changes very much.

Each time I return to Venice or Bali, what strikes me most is not how much has altered but how little the distinctiveness, the sensibility, the character, of such places is transformed. Come to my adopted home near Kyoto, and the most useful guidebook may well be Isabella Bird’s Unbeaten Tracks in Japan, from 1880. Yes, London and Toronto—not to mention Shanghai—have changed beyond recognition in my lifetime, offering far richer opportunities for their residents, but that means only that more and more of us can see the world just by walking down the street.

Of course, fragile sites are growing dangerously congested now that there are nearly twenty international travellers for every one that existed when I was a kid; Kyoto currently sees 55 million domestic and foreign tourists crowd into the city every year—and the numbers are rising rapidly. But I’m never upset that travel is growing democratic; when I began commuting regularly as a boy, between my fifteenth-century boarding school in England and my parents’ home in hippie California, air travel felt like the province of a privileged few. Nowadays, the people on those same flights are likely to come from Bangkok or Busan or São Paulo. A once rather colonial enterprise has been turned on its head, and 2050 may well bring ever more comfortable travellers from Kigali and La Paz to Amsterdam and Paris.

None of this means that almost everywhere today resembles a suburb of Los Angeles. Anybody who thinks that has never set foot inside a Starbucks in Hiroshima (where gestures and customs are as Japanese as they might have been hundreds of years ago) or sipped a cardamom chai latte amid the chaos of a McDonald’s within walking distance of the Ganges River in India. The fact that so many of us are now wearing blue jeans and T-shirts does not begin to mean we think or dream alike.

Besides, the main lesson of travel is that it’s perilous to anticipate what will happen even a minute from now. But as I watch Tibetans fly to Indian beach resorts around Goa (where signs for mojitos are in Cyrillic script) and as I see the Westerners around them think ever more about what they can give to the places they visit—not just what they can get—I rejoice that travel, even if it remains too difficult for too many, is slowly becoming a two-way street. When a newcomer (from Dakar, perhaps) arrives in Montreal thirty-two years from now, I’m guessing she’ll feel much as I did when I visited the city for Expo 67—except that the faces all around her may remind her very much of home.

Pico Iyer (@PicoIyer) is the author of two novels and ten non-fiction books. His new book, Autumn Light, will be published next spring.
Wenting Li 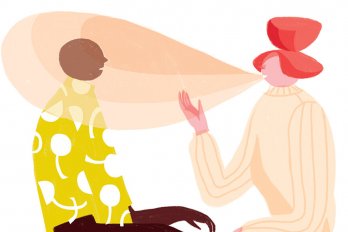 The Future of Diversity