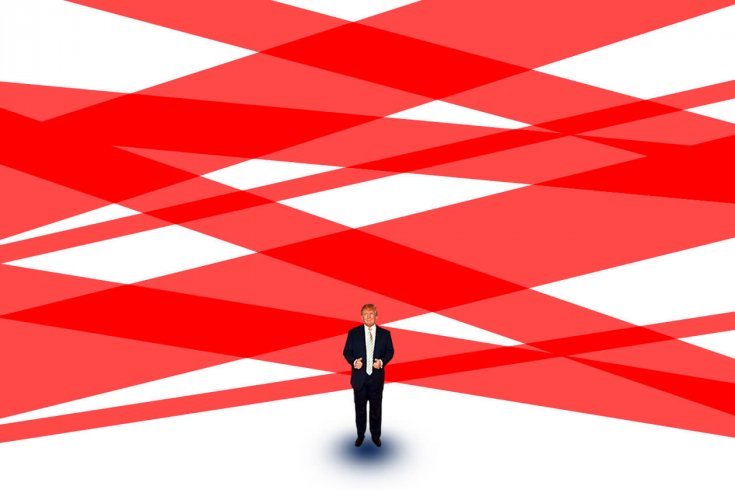 “Didn’t you guys burn down the White House?” This is apparently how US President Donald Trump defended his new tariffs on Canadian steel and aluminum during a testy exchange with Prime Minister Justin Trudeau last month. Trump insisted that the tariffs are a matter of national security. And, he noted, Canada may not be so friendly because it torched his current residence during the War of 1812.

Weary fact-checkers noted that British regulars, rather than Canadian militiamen, set fire to the Executive Mansion and other public buildings in Washington, DC, during the summer of 1814. Blaming Canadians for this would be like the French blaming Americans—instead of the British—for taking control of Quebec in 1760. Another gaffe from a man whose mouth, it would seem, is bigger than his brain.

But this is no laughing matter. As Trump’s reported behaviour at the G7 meeting indicates, Trump really is angry at Canada and other US allies. He seems convinced that Americans are under siege and is determined to fight back in their name. Whether Trump knows it or not, though, this deep sense of victimization is nothing new from US leaders. In fact, it reaches all the way back to the early years of the country that he now rules.

The United States was born in grievance with the British Empire. For the Revolutionaries, the key to Thomas Jefferson’s Declaration of Independence of 1776 was not the heady stuff about self-evident rights but rather the flesh-and-blood charges against the Crown. Jefferson made twenty-seven of them in the Declaration, culminating in something far more shocking than taxation without representation: “[King George III] excited domestic Insurrections among us,” the Virginia slaveholder wrote in reference to recent British efforts to free slaves who fought for the Crown, “and has endeavoured to bring on the Inhabitants of our Frontiers, the merciless Indian Savages.” The king had targeted patriot households, not just patriot forces.

Although they won their independence in 1783, Americans still dreaded the mighty empire. British goods dominated the early US economy. British ships patrolled the eastern seaboard. And, all the while, British commanders in what are now parts of Canada kept loose alliances with First Nations warriors and Métis soldiers, while British statesmen refused to deport formerly enslaved people who had served the king.

What made Great Britain’s hostility even more galling was the fact that the US repeatedly looked for peaceful solutions, to no avail. Americans were being bullied for playing nice. “Never before has there been an instance of a nation’s bearing so much as we have borne,” Jefferson mused in the spring of 1812. Congress cited the country’s “long forbearance,” while many citizens around the country agreed that they had turned their cheeks too many times.

For Americans, the war that followed was a harrowing struggle for survival. Once again, they seethed, His Majesty had invited native “savages” to scalp western families while unleashing “infatuated blacks” upon southern women. Once again, they felt both innocent and abused. And this made it difficult for them to reflect on their own atrocities while spreading slave labour and plantations deep into Native ground.

The United States and Great Britain reconciled after the war, especially as British demand for American cotton enriched powerful men on both sides of the Atlantic. By the mid-1800s, a special relationship, rooted in mutual interest and a shared sense of Anglo-Saxon superiority, was born. No longer a fragile experiment, the United States became the country of boundless dreams—for certain white men, at least.

But while the source of America’s founding grievance went away, the furies it unleashed did not. Beneath all the optimism of American culture, a darker story was told and retold: the real “nation” of white families was always threatened by everyone else—other countries as well as non-white people within the US—precisely because it was virtuous and forbearing.

Donald Trump jumped into politics in 1989 by exploiting this narrative. “Bring Back the Death Penalty. Bring Back Our Police!” he proclaimed in New York papers after a white woman was beaten and raped in Central Park. He said that the five accused men (four black and one Latino) should be “forced to suffer,” and in a later interview with Larry King, Trump said that criminals enjoyed “unbelievable rights” while victims have none. He proclaimed that people were “tired, sick and tired” of it all. He then doubled down on these remarks after the five men were exonerated by DNA and other evidence.

Here is the US president’s most consistent message, perhaps his only conviction besides his own greatness: real Americans have been betrayed, forgotten, and left to animalistic criminals and milquetoast politicians. They create wealth and others take it. They play by the rules and others cheat. They mind their own business while others chuckle at them. So when a liberal internationalist like Justin Trudeau reportedly questions how Canada could possibly threaten the US, Trump instinctively fires back with hallowed tales of imperial misdeeds. He returns to one of America’s old stories, in which America is always right because it is always wronged.

Trump’s story about America is thus a licence to bully as a form of payback, indeed of principle. As The Atlantic recently reported, one senior White House official said that Trump’s doctrine is, simply, “We’re America, bitch.” It seems that Trump is going to treat other countries the way he treats other people: he’ll turn his vile appetites into a set of demands on everyone else.

Fortunately, Canadians aren’t having it. Trudeau set the tone by calmly stating that Canada means no harm to its southern neighbour but will stand up for itself as needed. Leaders from the European Union have done likewise. Just as the US president’s bullying is a matter of domestic as well as foreign policy, though, the deeper challenge for Canadians is to fight the “Trump doctrine” within their own borders—to offer a living, breathing example of a diverse and decent society that learns from its mistakes and resolves to do better.

If they succeed, Canadians will continue to draw Trump’s ire. But they’ll win something more for themselves—and for Americans, like me, who are looking around for some bit of light amidst the gathering darkness.

J.M. Opal is an American historian teaching at McGill University in Montreal. His new book is Avenging the People: Andrew Jackson, the Rule of Law, and the American Nation from Oxford University Press.