The Future of Biography | The Walrus
Skip to content 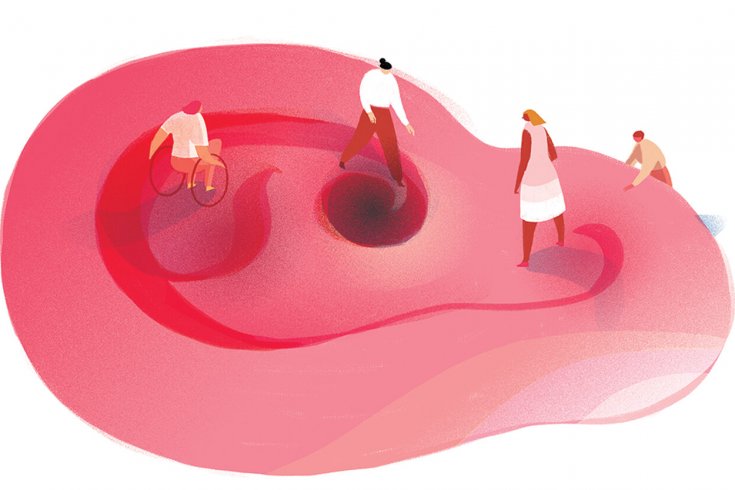 Biography combines history, psychology, and gossip, and there will always be a market for its insights into the Life (how careers crest or crater) and the Times (the context of each life) of a stranger. Students of US politics, for example, hunger for a fifth volume of two-time Pulitzer-winning author Robert A. Caro’s biography of thirty-sixth president Lyndon B. Johnson. Aside from the jaw-dropping details about Johnson’s personal habits (issuing orders to subordinates while he defecated) and political achievements (the Great Society), there is Caro’s larger theme. In his words, “I always wanted to use the life of a man to examine political power, because democracy shapes our lives.”

Caro may dominate the biography world today, but five volumes, totalling many thousands of pages, about Johnson with publication spread over nearly three decades?

To breathe life into their biographies, Caro’s successors won’t have the same sources that he can unearth. Forget about the correspondence, diaries, and scribbled cabinet agendas through which he trawls. Post-millennials barely recognize each other’s signatures—they certainly don’t know how to compose a handwritten letter. Emails are deleted or die on obsolete hard drives; few people admit to writing diaries; political leaders communicate via tweets; film, music, and literary celebrities curate their own narratives on YouTube, Instagram, and Facebook.

Nevertheless, I predict the biography industry will blossom in the next quarter century. Caro wannabes will continue to produce literary bricks about DWMs (as well as subjects of more diverse genders and backgrounds) because curiosity about great lives is unquenchable. The authors will rely on university presses to publish them and on a patchwork of arts grants, TED talks, literary residencies, day jobs, and generous spouses to finance them. Meanwhile, technology will amplify these traditional biographies. I already enjoy the website links embedded in a handful of non-fiction titles on my e-reader. When you download future biographies of, say, Leonard Cohen or Justin Trudeau, with one tap you’ll be able to watch a concert version of “Hallelujah” or the filial eulogy to Trudeau père.

Plenty of tomorrow’s biographers will bypass print altogether. Last year, the six-part podcast Mogul: The Life and Death of Chris Lighty made its debut on Spotify. The story of the man who managed hip hop artists such as Q-Tip and 50 Cent, the podcast also traced the evolution of the genre from subversive street music to major money-maker, largely through interviews with key figures. The podcast’s format, with its break beats and raw street talk, perfectly suited the material. In The New Yorker, Sarah Larson described Mogul as “a big step in the evolution of the emerging genre of narrative biographical podcasts,” which includes series such as S-Town and Serial. Podcasts and YouTube biopics free their creators from the constraints of linear chronology in a way that is harder to achieve with the written word.

Even in new media, the challenge for authors writing about contemporary subjects will be to get behind those artfully curated self-images on social media. “Life must be lived forward, but can only be understood backwards,” wrote Danish philosopher Søren Kierkegaard. A story that is invisible day-to-day can be constructed from a lifetime of a subject’s photographs, random posts, and friends’ comments. But the superficiality of sources will contribute to other emerging trends: group biographies and slimmer volumes geared to listicle attention spans.

I also expect tomorrow’s biographers to increasingly insert contemporary preoccupations into their reconstructions of past lives, in order to shrink the gap between past and present. Historian Maya Jasanoff recently published The Dawn Watch: Joseph Conrad in a Global World, in which she recasts novelist Conrad, born in 1857, not as a successor to Charles Dickens, as he was seen in his own lifetime, but as the kind of global author celebrated in 2018.

And I also expect, in this era of fake news and postmodernist skepticism, to see more biographers dropping the veil of omniscience and putting themselves on the page. Yes, I mean the naked “I,” as in, “In my opinion.” Biography is not an objective science; a writer’s biases and interests are woven into the story they’re shaping. Readers have learned to ask, “Why should I trust you?” Now more than ever, biographers need to convince readers that, in constructing a narrative out of their subject’s sprawling, messy existence, their own unique sensitivities have brought them as close as possible to a credible version of a life.

Charlotte Gray (charlottegray.ca) is a historian whose latest book is The Promise of Canada: 150 Years—People and Ideas That Have Shaped Our Country.
Wenting Li