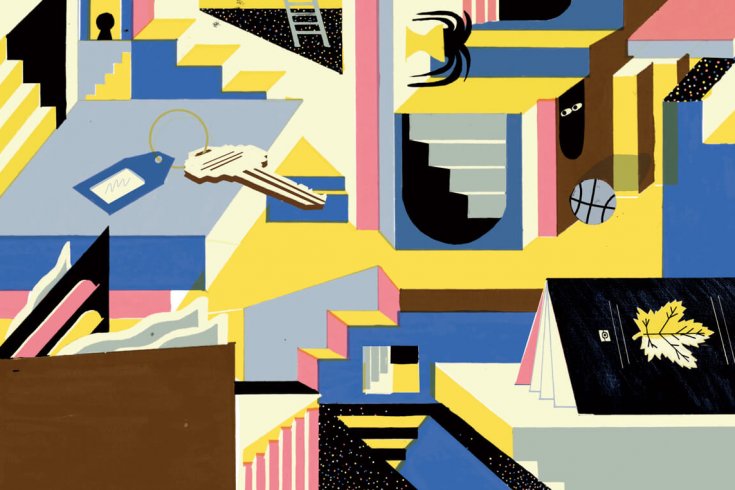 In 2011, Qia Gunster was turned down for a cashier job at a gas station because he didn’t have a social insurance number. In fact, he had no way to get a SIN, or any form of official identification—Gunster wasn’t a Canadian citizen, or a citizen of any other country. He was stateless. Now, for the first time, the tenth grader understood just what that meant. He would be entering adulthood without the ability to legally work, drive, or open a bank account. “All the tools to survive are taken away,” he says.

The problem stemmed from one mistake made in 1995. Gunster’s mother delivered him at a home in Tucson, Arizona, but never registered his birth. She later drove him into Canada—crossing the border was then possible without a passport. She returned to the United States when Gunster was two, leaving him with a family in British Columbia. Not long after, Gunster’s new parents tried to get him an Arizona birth certificate, but failed because no early-year documentation existed.

Gunster grew up in McBride, a tight-knit town of about 600 in the Robson Valley. “He put his energy and efforts into doing the best he could in everything he took on,” says Derrick Shaw, principal of McBride Secondary School. But as Gunster came to understand his predicament, his attitude changed. “Everyone around you, they’re going to school so that they can get decent jobs when they’re older,” he says. “But what’s the point of going to school if you’re not going to be able to get a job? You’re basically pretending.”

Though Gunster had long known that he didn’t have Canadian citizenship—he’d heard that, when he was a toddler, a government worker had threatened to deport him—he’d mostly been shielded from the effects. When his guardians enrolled him in school, district officials overlooked the fact that he had no ID. The problem became evident only when he got injured. “I had major sprained ankles,” he says, “and buckling in your legs where you can’t walk straight for a month.” He didn’t go to the hospital, because his family would have had to pay out of pocket.

The community helped in the small ways it could. When Gunster’s school basketball team travelled, a good Samaritan took out special insurance in case there was an accident. When he wanted a work-experience placement, his employer paid the district, which gave the money to Gunster. Still, no one could provide a long-term solution.

In 2011, Shaw arranged a meeting between Gunster and Bob Zimmer, the local Member of Parliament. The representative had never heard of anyone in the country facing this kind of predicament, but he wanted to help. How could the government not protect a young man who’d known Canada as his only home? “I thought it was a no-brainer,” Zimmer says. But he soon realized that the system was ill-prepared to help—and that Gunster wasn’t the only stateless person in Canada.

The office of the United Nations High Commissioner for Refugees (UNHCR) estimates that 10 million people worldwide are stateless. Twenty-seven countries limit a mother’s ability to transmit citizenship, meaning a child could be left stateless if their father is unknown or dead. Canada is not one of them, but a baby delivered by a foreign-born Canadian in one of the many countries that don’t automatically confer citizenship to those born on its soil could be stateless.

Neither Canada’s Citizenship Act nor its Immigration and Refugee Protection Act (IRPA) explicitly applies to most people in Gunster’s situation—they do not clearly define statelessness or offer any guarantees of protection. The IRPA even lists “stateless person” as a subcategory of “foreign national,” which Andrew Brouwer, a refugee lawyer in Ontario, cites as a “beautiful example of Canada’s failure to recognize the very distinct situation faced by people who have no country.”

Unlike illegal immigrants, stateless people cannot easily be deported from Canada (often, no country will accept them); unless they arrive as refugees, it’s difficult for them to become naturalized. Without citizenship, people lack not only rights, but also what former US Chief Justice Earl Warren described as the “right to have rights.” They can be denied public services such as education and health care. They can’t vote or get on an airplane. They’re dependent on others and vulnerable to abuse (if you’re being paid under the table, you’re in no position to protest low wages or poor working conditions). Housing is hard to find and often substandard, as someone without status cannot own or rent through the usual channels.

While there’s no official count of stateless people in Canada, 1,690 self-identified as such in Statistics Canada’s 2011 National Household Survey—of those, 135 also indicated they had no permanent-residency status. Experts argue this number is low. Jocelyn Kane, founder of the non-profit Canadian Centre on Statelessness, says that she hears about a new case every month. Among them are Indigenous people whose parents, fearing residential schools, kept them off the grid. Kane says statelessness is probably more prevalent in Indigenous communities than anyone realizes: many individuals she speaks with say, “I know more people.”

Undocumented stateless people in Canada have few pathways to legal status. The IRPA can offer permanent residency on humanitarian and compassionate grounds, and the Citizenship Act allows for citizenship on the basis of special and unusual hardship. But both acts rely on the discretion of government officials. In practice, this can lead to a kind of Catch-22 whereby applying for status requires ID—something most stateless people don’t have.

In gunster’s case, Zimmer’s staff drafted a permanent-residency application, noting the youth’s ties to McBride and submitting DNA evidence that he was the biological son of an American. The next step was a medical exam. But when he tried to schedule one, he was turned away because he didn’t have ID. The application hit a dead end. Zimmer made personal pleas to three subsequent immigration ministers, all of whom had the ability to grant citizenship. It didn’t work.

Fearing a future in which selling drugs or “mooching off people’s generosity” would seem like the only options, Gunster went online for help. He found hope in Donovan McGlaughlin, an Indigenous man in the Yukon who also lacked identification. McGlaughlin had just received citizenship directly from then–immigration minister Chris Alexander thanks to the help of Michelle Quigg, a Vancouver attorney who took on the case pro bono. After McGlaughlin told Quigg about Gunster’s situation, the lawyer reached out to him.

It was late 2015, and Gunster’s permanent-residency application had been stalled for two years. Quigg was soon able to push it forward by successfully arguing that a birth certificate was unnecessary—all that mattered was proof that Gunster was the son of an American.

In March 2016, Gunster was summoned to a Vancouver immigration office for an interview—the final step of the process. “He was shaking,” says Quigg. Gunster relaxed only after holding the document that confirmed his permanent-residency status. He burst into a huge smile. “I feel like I’m being born,” he said.

According to Zimmer, the amount of time, effort, and luck involved in helping a single person secure basic rights shows why the issue must be addressed. “We need a better system,” he says. “We need specific legislation that deals with stateless people.”

A 2015 report commissioned by the UNHCR concluded that Canada’s legal framework does not rise to the level of the agency’s standards. It recommended implementing statelessness as a ground for resettlement, and recognizing it as a “compelling factor that justifies . . . a temporary residence permit.”

Canada seems poised for more gradual reform. Last April, lawmakers debated Bill C-6, which would amend the Citizenship Act and include statelessness as a factor that could be considered for discretionary citizenship. Kane states that this is “a good start,” but notes that gaining access to discretionary citizenship is often costly in terms of both funds and time. Quigg, meanwhile, says that “something so fundamental to someone’s human rights should not be left to someone’s discretion.” The bill is expected to become law sometime this year.

Gunster will be eligible to apply for citizenship in 2020. He now lives in Prince George, where he works as an electrical apprentice. On a desk beside his bed, locked in a safe, he keeps his most prized possessions: the SIN card, health-care card, permanent-residency card, and driver’s licence that bear his name.

This article originally appeared in the April 2017 issue under the headline “Universally Undocumented.”

Tori Marlan (@torimarlan) co-produced the radio documentary When Faith Is Not Enough for CBC's The Doc Project.
Adrian Forrow