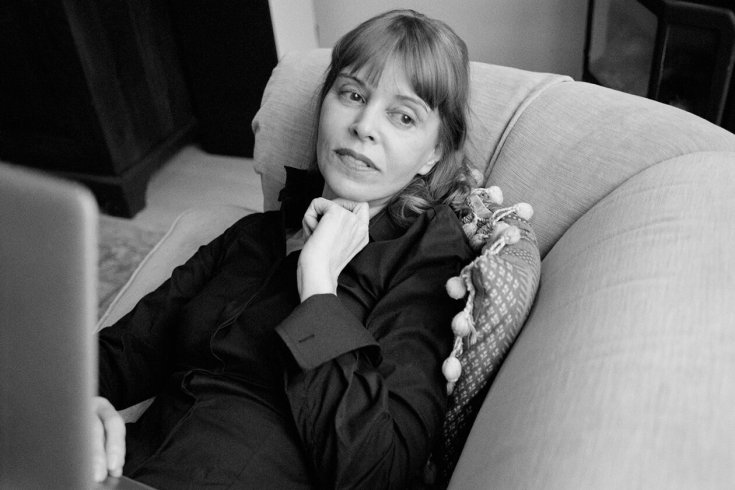 Barbara Gowdy is in pain, and she doesn’t know why.

Since 2003, the author has suffered from chronic, debilitating pain in her lower back. “It came on mysteriously one day,” she says, “when I was obliged to stand for several hours.” After numerous MRIs and X-rays and experiments with everything from ozone injections to the hallucinogen ayahuasca, she is still no closer to a diagnosis or remedy than she was fourteen years ago. It’s no wonder that her new novel, Little Sister, took a decade to complete.

The release of any book by Barbara Gowdy qualifies as a literary event. She has been nominated for every major fiction award in the country, appearing twice on the Giller Prize short list. André Alexis, the winner of the 2015 Giller, calls her “the best writer of sentences of my generation.” She has earned this reputation in part for her work as an experimenter; across her eight works of fiction, she has imagined herself into the bodies and minds of everything from an idiot-savant child to a conflicted pedophile to a tribe of African elephants.

Little Sister takes the inventiveness of its predecessors and ups the ante. It is the story of a woman who finds herself, via an apparent glitch in the fabric of reality, inhabiting the body of a stranger. It would be reductive to construe this as a simple reimagining of Gowdy’s own bodily estrangement, not least because her writing is not that calculated (“I’m usually only half a sentence ahead of myself,” she claims). Yet there is something arresting about an author who, finding herself in constant pain, conjures up a woman who can abandon her body to enter that of another.

Despite Gowdy’s suffering, the first thing you notice about the author is her poise: how gracefully she inhabits herself, how confidently she occupies the space her small frame takes up. Her pain makes sitting for long periods impossible; so that she may lie down, we conduct our conversation on facing couches in her Toronto home. But Gowdy’s way of lying down, at least in the presence of a guest, is distinctly more elegant, more lively, than most people’s. She spends much of our time together leaning forward, pushing a generous spread of cashews and yellow plums closer to me, offering up disarming insights and pitch-perfect anecdotes. On the wall above are three delicate pencil drawings from Michael Snow’s series Walking Woman, that iconic female silhouette, a figure who is both constantly in motion and perpetually frozen into her shape.

Gowdy’s ailment means she must write in her bed with the use of a reclining desk. Medication, which doesn’t ease the pain completely, has led to a frustrating on-again, off-again cycle. “There were drugs I was on where I was just so woolly, and so tired, I couldn’t work,” she says. “It was really either brain or pain.” With certain prescriptions—OxyContin and Lyrica—she needed to wean herself off gradually. “Once I was off it, I’d write and get back into it, and then the pain would creep back, and I would return to the drug.”

There is a kind of anti-poetic injustice to Gowdy’s predicament, given the remarkable empathy exhibited within her art. She is perhaps most widely known for her portrayals of extreme physical otherness—most famously embodied in 1992’s We So Seldom Look on Love, with its stories of a man with two heads, a girl with four legs, and a woman who is compelled to make love to the corpses of young men. Yet in those stories, as in all of her fiction, it’s the challenging of the so-called moral and mental norms of consciousness that is Gowdy’s real concern. Even in what she wryly refers to now as “the necrophiliac story,” she says, “I was trying to get past the body and into the mind, into the consciousness. The body is just something we have to deal with, something in the way.”

The irony of Gowdy’s current situation is not lost on her. After fourteen years of exploring “all the tools that modern medicine is capable of bringing to bear,” she has accepted that the only way to solve the mystery of her pain will be through her mind. “It’s funny that it’s happening to me, the need to get deeper into my own brain to figure out what’s going on, when all along I’ve been interested in getting through other people’s bodies into their minds.”

Little Sister’s Rose is a woman whose relationship with her body is as stale as her relationship with Victor, her dreary meteorologist boyfriend. When a succession of freak thunderstorms hits the city, Rose begins to find herself, for brief but exhilarating periods, experiencing life through the body of another woman—a complete stranger named Harriet. Harriet is Rose’s opposite: kinetic, tightly wound, and presently engaged in a passionate affair. Rose begins to crave her “episodes,” longing for the feeling of entering Harriet’s body, “a quick, exquisite sensation of her skin tightening and cooling and her flesh clinging to a vibrant bony web.”

This being Gowdy country, every literal step and astral leap Rose takes is morally fraught. Rose is aroused by Harriet’s sexual encounters to an extent rarely matched by her own experience. But does having sex while in Harriet’s body mean that Rose, too, is having an affair? Does Rose have any right to want to control what Harriet does with her body, given that she is a kind of co-inhabitant? She is also roused into greater compassion for those around her—her own mother, who is entering the early stages of dementia, and Harriet herself. But what are the limits, and pitfalls, of empathy?

Last September, two days after Gowdy finished reviewing the proofs of Little Sister, she found an anomaly in her breast. “I’m sixty-six, so I just was like, ‘Hmm. Another crease.’” It was her partner, the writer Christopher Dewdney, who pushed her to do a self-exam, and the lump she found was sizable.

“The timing was great,” she says without irony. “It was just the next thing in my life, you know? ‘Breast cancer’s the next thing.’”

On the day of Gowdy’s biopsy, her younger sister, Mary, was with her at Toronto’s Princess Margaret Cancer Centre. Suddenly, Mary’s brain began to hemorrhage. It was an aneurysm, and she was in the intensive-care unit for eighteen days. “She was spouting gibberish—she was crazy. Then she just got better and went home,” Gowdy says. Because she was so focused on the fate of her sister, her own cancer didn’t scare her. But more to the point for Gowdy, the very reason Mary was able to make such a full recovery was that she had been able to get oxygen within minutes because she’d been at the hospital by Gowdy’s side.

Hearing the wonder in her voice as she tells this story, witnessing her optimism, I begin to see where the unexpected gentleness of Little Sister might be coming from. There is tragedy, and there is certainly darkness—but it is leavened with hope. “Pain—the kind of pain I live with—can either make you bitter, depressed, and suicidal, or it can do the opposite. Because I think, God, I’ve got chronic pain, but look at the friends I have. I have a career. I have access to drugs,” she says. “The good thing about this book’s taking so long is I changed through those ten years. And the book changed.”

“I think fiction can parallel your life,” she says, “even when you’re not writing autobiographically—your state of mind, your state of health, the state of the world.”

But she also notes that with Little Sister, she took particular care to minimize her presence as author, so that the story “just existed.” “I’ve often thought that writing is like trying to recall a song you really like, trying to recall the chords and the melody,” she says. “This book required a lot of listening to myself. And any time I intruded on the song, I took it out.”

Since her cancer diagnosis, Gowdy has had a successful lumpectomy, and her radiation treatments are complete. She is now focused on her upcoming book tour; for the first time in our conversation, she looks daunted. Since she can’t sit on a chair and needs to lie down before she spends long periods of time standing, she worries about what she’ll do at literary festivals, where there are usually three or four readers on a bill.

“I said, just throw some pillows on the floor backstage, and I’ll lie down.” Her brow furrows; she’s sorting out the problem. “You can just use your porch cushions or something,” she says—sympathetic, it seems, to the tight budgets of festival organizers everywhere. Once again, she is putting herself in the place of the other.

Melanie Little is the author of The Apprentice's Masterpiece, a novel.
Ruth Kaplan

Ruth Kaplan (ruthkaplanphoto.com) has exhibited her work in Italy, France and Guatemala.Bathers is her first monograph.