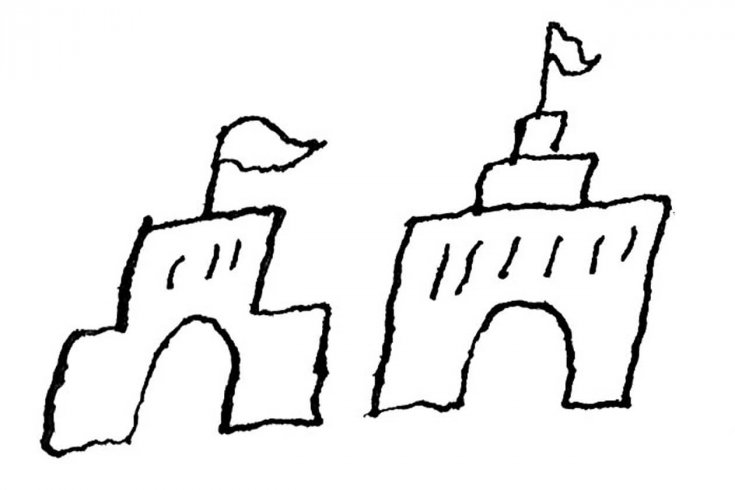 In this month’s Walrus cover story, Peter Norman goes on a week-long Caribbean cruise headlined by conservative firebrand Ezra Levant, whose website, the Rebel, features such stories as “Liberals Are ISIS” and “Gender Identity and Islam: Waging War on Free Speech in Canada.” Some may ask: Why focus attention on such a fringe element of Canada’s political spectrum?

By way of answer, allow me to roll back the clock seven years—to the inaugural National Tea Party Convention in Nashville, Tennessee. It was a year into the presidency of Barack Obama, a time when what we now call America’s “alt-right” was still in its embryonic state. Donald Trump was then just a reality-show entertainer who periodically declared bankruptcy.

A big star at the event was Andrew Breitbart, founder of the eponymous website that’s become the go-to mouthpiece of America’s extreme Right. In his speech, Breitbart gushed about the next speaker—a one-time Goldman Sachs banker who’d made a documentary linking America’s financial crisis to the cultural excesses of the 1960s.

That filmmaker was Stephen Bannon. Then the executive chair of Breitbart News, he went on to become the CEO of Trump’s presidential campaign, and now serves as chief strategist at the White House. Breitbart declared that Bannon’s film, Generation Zero, was a “horror movie” that would leave true patriots unable to sleep.

Breitbart, who died of heart failure in 2012 at the age of forty-three, was a demagogue and hysteric, but also an effective speaker—very much an American version of Levant. By comparison, Bannon is dour and cranky. After coming to the podium, he declared flatly that America was in the throes of a crisis akin to the Civil War or Great Depression.

Like just about everyone at that conference, Bannon paid homage to Ronald Reagan. But while Reagan is remembered for his optimistic style, Bannon invoked the man as a prop for his own scathing hatred of liberal elites. “That man [Reagan] was called a wing nut, a fascist, and a racist—and he was called a moron,” he declared. “And if you think that sounds [familiar], I started to hear those same names [used for] our movement . . . The more you’re vilified, and the more you’re accused of all these things, trust me, that means you’re doing the right thing.”

That last line stuck with me after I recently went back and listened to my recording of Bannon’s Nashville speech: Was there ever a more concise summation of Trump’s campaign message?

Bannon also offered high praise for another keynote speaker: Joseph Farah, a Virginia-based evangelical Christian whose website publishes bizarre articles with headlines such as “Soy Is Making Kids ‘Gay.'” Farah’s claims that Obama wasn’t born in the United States were so preposterous that even Breitbart reportedly complained about them. Bannon, I observed, was even more radical than Breitbart himself.

At one point, the riled-up conference crowd turned toward the media section at the back of the room and screamed “USA! USA!” Few of the reporters had ever seen anything like this. And in our innocence, we found it shocking. Just seven years later, such hatred of the media emanates from the mouths of White House officials themselves. Bannon himself declared in late January that the media needs to “keep its mouth shut.”

I’d love to tell you that after coming home from Nashville, I rushed to warn readers of this upwardly mobile demagogue. But I didn’t: the idea of a crank like Bannon ever gaining real power was beyond the imagination of mainstream journalists. In this sense, those Tea Partiers were right: the media truly was out of touch. We believed such men to be contaminants within politics, not a government-in-waiting.

And yet, here we are. The United States is now a nation led by unrepentant wing nuts who spout fake news, target minority groups, and signal-boost hatemongers. As Stephen Marche and Michael Coren argue elsewhere in this issue, the entire movement is a disgrace to America.

Which brings us back to Ezra Levant. Many of my Canadian media colleagues snickered when Levant launched his media company on a shoestring two years ago. (By way of disclosure: he has engaged my mother, Barbara Kay, as a contributor). But his website, the Rebel, now racks up millions of hits on YouTube every week and has more editorial staffers than The Walrus. Could Levant become Canada’s Stephen Bannon—a consigliere to a Conservative version of Trump? If he does, don’t say you haven’t been warned.