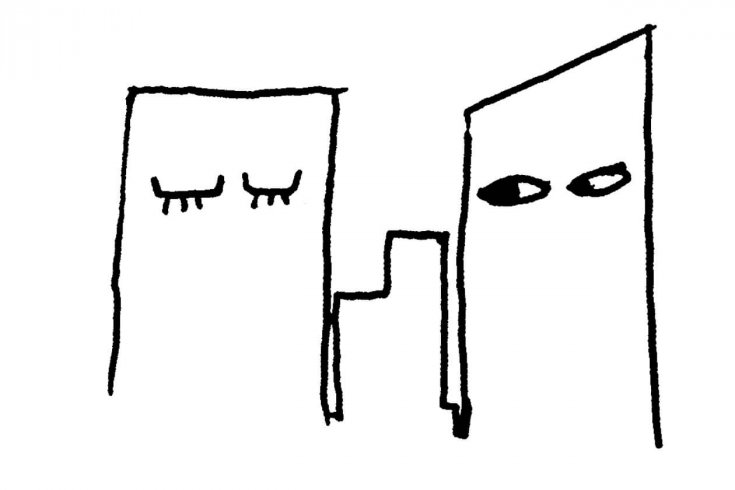 I found Stephen Marche’s article (“Canada in the Age of Donald Trump,” January/February), which described Canada as “the last country on Earth to believe in multiculturalism,” to be self-congratulatory, overconfident, and rife with needless back-patting. I wonder whether Marche considers New Zealand, Australia, Sweden, and other liberal democracies to be unabashedly hostile to multiculturalism in comparison. Canada is largely shielded from unwanted immigrants by virtue of its geographic location—it shares a border with only one other country. I question the idea of our supposedly unique multicultural society.

Often, when a story about radical Islamic jihadists makes headlines, my husband asks me, “Where are the imams?” I answer that they are out there, teaching non-violent practices and intervening as best they can. “Where?” he responds. When I first saw Nadim Roberts’s article about imam Navaid Aziz (“Peace Be upon You,” January/February), I was pleased to have found an answer to my husband’s question. Unfortunately, most of the article focused instead on a young man in Calgary whose radicalization became a significant problem. I am sincerely gratified to know that Mr. Aziz is teaching others about Islam, and I would ask that more attention be given to men like him.

Melvyn Green’s critique of the anti-narcotic agendas of Mackenzie King and Emily Murphy (“The First Lady of Reefer Madness,” January/February) fails to produce a rational argument against Canada’s existing drug laws. Green’s willingness to believe that most now consider narcotic use to be a “benign private indulgence” illustrates his lack of understanding of the issue. We shouldn’t be experimenting with risky drug policy.

Danielle Groen’s article about women conductors (“Women of the Wand,” January/February) brought to mind a memory of a concert in the summer of 1976 at Ontario Place’s open-air rotating stage. My friends and I watched Sarah Caldwell conduct the Toronto Symphony Orchestra. She took to the stage as any maestro would and commanded our attention. I had assumed that the conducting world had finally arrived at a place where women were just as respected as men. But having read Groen’s article, I realize I witnessed an anomaly. Hopefully, the progress she points to won’t be undone by lurking sexism, apathy, or inattention.

Jonathan Kay’s accurate yet somehow cringe-inducing piece on growing up anglophone in Quebec (“Je M’Excuse,” January/February) struck some chords. Being slightly older than he is, I have an anglo perspective that is infused with Quebec rock and folk music. My Montreal was the Vieux-Port before boutique hotels and before the many anglo voices—such as Mordecai Richler and Nick Auf der Maur—were stilled. No expat parties in Toronto; no crazy poutine recipes; no forced nostalgia. Just quiet reflection on a unique cultural moment.

Like so many former anglo Montrealers of middle age and beyond, I read Kay’s reminiscence with a sense of familiarity. I am from the third of four generations born in Montreal since 1890. “Bubble” is the right word for our experience growing up: when I was a boy, the only trips I made into the east end of Montreal came when francophone and Italian families, unable to pay my father for pediatric care, invited our whole family over for dinner. My father never told us why we were going to these houses for meals with families we would never see again, but I remember massive servings of pasta and warm family encounters. I am envious of the younger generation of anglo Montrealers, which has done a far better job of interacting with and appreciating Quebec’s rich culture.

As Michael LaPointe points out in his article (“Do Writers Deserve to Make a Living?” January/February), writers work by choice, regardless of the reward. I became a writer in my forties, which fortunately has inured me to the desperation of needing to make a living from it. Still, that does little to soothe the ache of lonely working hours, part-time jobs, spousal reliance, and artistic obscurity.