Ask a Constitutional Expert: What Would It Take to Leave the Monarchy? | The Walrus
Skip to content 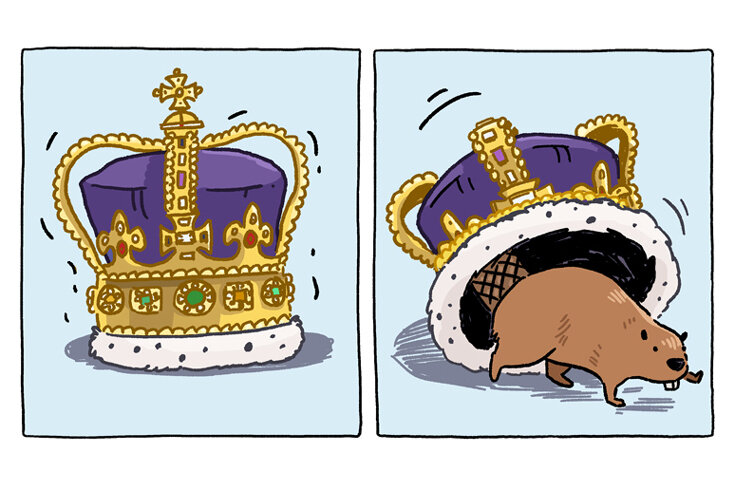 The question of whether Canada has outgrown the monarchy has simmered on the political back burner for years. According to an online survey by Leger and the Association for Canadian Studies, published in March, 53 percent of respondents considered the monarchy outdated but were divided on what could replace it. We asked David Schneiderman, a constitutional law expert, about the feasibility of removing the Queen as head of state and what the government might look like if that happened.

Could Canada decouple itself from the Crown?
Yes, but it wouldn’t be easy. The real impediment to the abolition of the monarchy is the constitutional amending formula. When Canada patriated the constitution, in 1982,1 it adopted a set of conditions for making changes to it. For most amendments, you need seven out of ten provinces and the federal government to agree. But the Constitution Act lays out a series of areas that require unanimity. Those include making changes to the office of the Queen.

Unanimity is the highest threshold to amend the constitution. I wouldn’t say meeting it is impossible, but it would require an extraordinary amount of consensus. I think folks, when they agreed to this formula, probably were naive about how hard it would be to use. And, because of the precedent from the Charlottetown Accord,2 it’s likely that the people would have to be consulted via a referendum. You’ll never get unanimity to abolish the monarchy without public opinion behind it. And public opinion seems to be nowhere near turning in large enough numbers against the Crown.

Would the way the federal government works change without the monarchy?
Monarchy plays no role, functionally speaking, in our day-to-day politics. True, if you read the constitution, the Queen looks like she runs the show. But the prime minister and cabinet exercise most of the powers that the monarch used to have over matters of policy such as defence and foreign affairs. The few powers that remain with the Crown have to do with such things as proroguing Parliament, dissolving Parliament, and appointing the prime minister. These executive functions are performed by the governor general on behalf of the Crown.3

What would happen if the UK decided to dissolve the monarchy ­altogether?
It’s kind of a constitutional no man’s land—Canada would have a constitution in which the head of state doesn’t exist. I think it would be up to politicians and the courts to determine how to move forward. There might be room to appoint the descendants of Elvis as head of state—he was a king of a sort.

If Canada abolishes the monarchy, what happens to First Nations treaties?
That’s another impediment to removing the Queen—it’s with the Crown that First Nations signed treaties. But it’s already the case that the responsibility for living up to treaty obligations has devolved to Canadian governments. The Crown doesn’t supervise the ways in which Canadians either follow or don’t follow treaty obligations. It has washed its hands of all of that.

Do you think it’s worthwhile to pursue abolishing the monarchy?
It would take up a lot of political capital and could divide the country. But being governed by a hereditary monarchy is anachronistic and should be objectionable to citizens in a multicultural democracy. Some people hold fast to the idea of a British monarch, but we should be open to discussing a different head of state.

1. This is the year Canada wrested control of the constitution away from the UK Parliament.

2. The accord, which proposed constitutional amendments, was put to a referendum in October 1992 and was unsuccessful.

3. The governor general usually takes the prime minister’s advice on these matters.

David Schneiderman is a professor of law and political science at the University of Toronto. He is the author of Red, White and Kind of Blue: The Conservatives and the Americanization of Canadian Constitutional Culture.
Irma Kniivila