Should Queen Elizabeth II Be Canada’s Last Monarch? | The Walrus
Skip to content 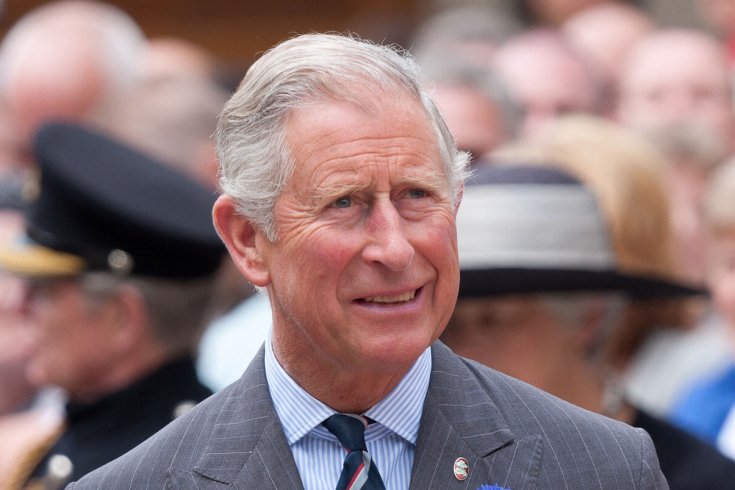 “Hello Mr. Charles,” the email began. “Thank you for your follow-up email. Unfortunately, the answer is still no.” This was the second email Ashok Charles had received from the Bank of Canada in as many weeks. It would take him four months, and thirteen more messages, to get a heavily qualified “yes.”

The subject of contention was an advertisement that Charles’s organization wanted to run on the sides of buses in Toronto. The ad looked like a twenty-dollar bill—but in place of the Queen, it showed a grinning Prince Charles with an “X” drawn over his face and a cartoon crown doodled on his head. Beneath it ran the rallying cry of Ashok Charles and his fellow republicans: “Canada doesn’t need a king.”

Charles is the executive director of Republic Now, a small group of fierce anti-monarchists who are dedicated, first, to raising awareness of Canada’s republican movement and, second, to unseating the House of Windsor and founding the Republic of Canada. It’s a tall order for a group that usually attracts six or eight members to monthly meetings at a sleepy bakery on St. Clair Avenue in Toronto.

For several months earlier this year, the group’s immediate adversaries were not the Grenadier Guards but the functionaries of the Bank of Canada, who refused to sign off on their ad. The bank had a number of objections, one of which was that reproducing a vandalized banknote might tarnish the “dignity” of the currency. After months of back and forth, Ashok Charles abandoned the currency motif—and the redesigned ads eventually ran.

Canada’s republican movement (spelled with a lowercase “r” to distinguish it from the American Republican Party) is accustomed to overcoming setbacks. Anti-monarchist fervour in this country has undoubtedly ebbed since its high watermark during the Rebellions of 1837. (When I called one expert on Canadian republicanism to ask for some historical context on today’s republican groups, he was surprised to hear that I’d found any.) But as people around the world start to contemplate the Queen’s inevitable demise and the royal succession that will follow, Republic Now is seeing a chance to breathe life into their cause.

“Charles is an opportunity to talk about the issue,” says Ashok Charles. “The polls show that the majority of Canadians don’t want him as our head of state.”

That’s true, but polls also find that the two words Canadians most associate with Charles are “boring” and “unimportant”—rather than, say, “tyrant” and “oppressor.” It seems doubtful that the public’s slightly hostile indifference to Charles will ever translate into the radical political change that Republic Now is seeking. The real question, then, is why the public cares so little about the monarch problem that the status quo seems virtually invincible.

While republican feeling rises and falls in Canada, monarchists have been a steady presence for decades. Founded in 1970, the Monarchist League of Canada takes the long view of how to defend the Crown. Rather than countering republican attacks, they prefer to promote what they see as the benefits of monarchy.

The league is marking Canada Day by asking its members to collect photos of street signs, monuments, and other public sites related to the monarchy for an Instagram compendium entitled “Canada’s Crown: A Visual History.”

This seemed like a reasonable way to mark the occasion, says Robert Finch, dominion chairman of the Monarchist League. “We’re not about to host a garden party.” As for Republic Now’s ads, Finch says he wasn’t even aware of them.

If the Monarchist League sounds a bit smug, it may be because they realize that Canadians don’t really get a choice in the matter of royal succession. The moment the Queen dies, Charles will become king—not only of Great Britain, but of Canada, too. If the Canadian state isn’t well prepared to reject Charles at the moment of his accession, republicans will miss their best shot for a generation.

It’s overwhelmingly likely that this is exactly what is going to happen. Nothing short of a constitutional amendment will suffice to topple the monarchy, and federal politicians have shown no interest whatsoever in reopening that debate. Perhaps that’s because voters don’t seem to care either.

That general disinterest means that the Crown’s detractors at Republic Now and its defenders in the Monarchist League have more in common than they might want to admit. The republican movement wants to remind the public that it is actually a movement; the Monarchist League works to remind Canadians that we actually have a monarchy. For both groups, the chief enemy is apathy, and the symbols and trappings of monarchy are the subject of fierce dispute.

For many republicans, the crown is inextricably linked to the legacy of colonialism and empire in Canada. They see it as an objectionable, anti-democratic symbol—and a self-evident imperative for change. “We like to think of ourselves as one of the most progressive nations on Earth. And yet we have this kind of archaic nonsense in our constitution,” says Ashok Charles.

In 2004, this objection led Charles to recant his Canadian Oath of Citizenship. At a public ceremony at Queen’s Park, and in a notarized letter to Citizenship and Immigration Canada, Charles foreswore the lines of the oath that refer to “the Queen, her heirs and successors” but reaffirmed his commitment to “fulfill his duties as a Canadian citizen.” Another Republic Now stalwart has directed his ire at obscure protocols that require that royal flags supersede the Canadian flag on government flagpoles. A change.org petition calling on Prime Minister Justin Trudeau to “put the Canadian flag first” has gained 188 signatures—twelve short of its goal.

The Monarchist League doesn’t see a need to counter these republican campaigns. “The greater threat to the monarchy in this country is not republicanism; it’s indifference,” says Finch. “That’s why we, as a league, need to be proactive in educating and getting our message out.”

This means making sure the monarchy, and its symbols, remain front and centre. Monarchists fear that the gradual erasure of the Crown from public view might make it easier to do away with it in the future.

“If you put something in your closet at home and forget about it, and then someone were to toss it out, you wouldn’t notice the difference,” says Finch. The league’s self-appointed task is to make sure nobody puts the Queen in a closet—so to speak.

Often this can be accomplished through quiet political pressure, “without making a fuss,” says Finch. But sometimes the league has to gear up for a public fight. When BC Ferries dared to remove photos of the Queen from its vessels in 2008, for instance, the league staged a phone and email campaign that forced BC Ferries to restore them. These small but vociferous protests tend to do the trick.

Largely oblivious to these partisan fights, Canadians remain split 42–38 on the question of whether Canada should continue as a monarchy for “generations to come,” according to a 2016 Angus Reid poll. And 20 percent of respondents registered a frank “don’t know.”

“I would suggest that most Canadians in their day-to-day lives are thinking about their families, their jobs, their quality of life, their health—you know—what they’re going to eat for dinner. They are not necessarily thinking about the more lofty or esoteric questions of who should be Canada’s head of state,” says Shachi Kurl, executive director of the Angus Reid Institute, by way of explanation. “There may be a sense of ‘If it ain’t broke, don’t fix it.’”

That particular aphorism comes up a lot when you start asking around about the monarchy. David E. Smith, an emeritus professor of public policy at the University of Regina, heard it often while writing one of his many books on the subject. “I can’t tell you how often that was said to me,” says Smith. “And I would say: ‘What’s wrong with your grammar? You’ve got a PhD!’”

The question that truly puzzled Smith, however, was why Canadians’ views on the monarchy differ so much from those of Australians. There, republicanism is on the agenda for major political parties: Australia held a constitutional convention and close-fought referendum on the monarchy in 1998 and 1999.

Over a long career, Smith has advanced theories to account for this difference, ranging from the two countries’ distinct settlement patterns to the respective strengths of their labour movements. But part of the answer, Smith believes, is to be found in the nuances of national temperament.

“Quite a distinctive feature of Canada is a tolerance for ambiguity,” says Smith. Whether it’s the ambiguity between Protestant and Catholic, French and English, or the symbolism of monarchy and the reality of democracy—Smith thinks Canadians are happy enough not to push things to the extreme of demanding consistency.

To republicans, this distinction is an anachronism and a mark of shame. To monarchists, it’s a quintessential and invaluable feature of Canada. And for those whose views fall somewhere in between—well, they don’t seem to be in a hurry to make up their minds.

Joshua Oliver has written for Slate and CoinDesk and was an editorial fellow at The Walrus.