Who Really Decides What Goes Into Canada’s Food Guide? | The Walrus
Skip to content 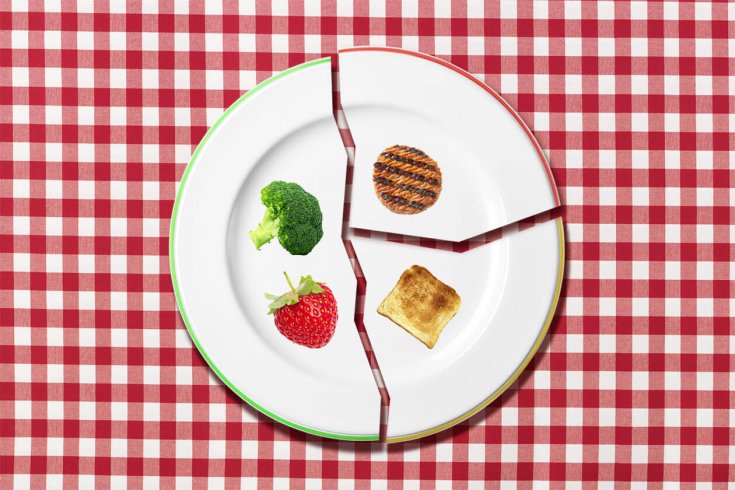 Canada’s Food Guide, or a version of it, has been around for 75 years. And that’s how many of us think about the outline for nutritional health: old. A Heritage Minute. Fond elementary school memories of colouring inside the lines to identify the four food groups. The document, an explanation of proper nutrition, feels as relevant to daily life as the driver’s handbook or the hundreds of other documents that line the shelves at government services offices. And that’s what I thought a few months ago, shrugging off a Globe and Mail’s story of secret industry lobbying to influence Canada’s Food Guide.

But then I spoke with some teachers.

“Everybody uses the Canada Food Guide to teach elementary school-aged kids,” says Devin St-Amour, a grade 4 teacher at West Point Grey Academy in Vancouver. This isn’t just another government form that we chuckle or groan our way through. This is something we give to children, something we trust to contain objectively vetted information, designed to help them grow up healthy and strong. Few teachers depend on a single government handout—Canada’s Food Guide is just one of many resources they might reach for. But it’s generally the first and most commonly used tool in teaching nutrition, and one of the most requested government documents in Canada, after tax forms.

“There’s so much information out there and it’s really daunting,” says St- Amour. “When you’re a teacher and you have to provide the kids with some sort of framework of nutrition for their lives, you need something to guide you. As teachers, we go to the government. In terms of health, we look at the Canada Food Guide. And we trust them that they haven’t been bribed by anybody, that this is a credible source.”

The problem is that it may not be a credible source.

Because it has been a decade since the last revision, and nutritional science continues to advance, Health Canada is producing a new version of the Food Guide. “During the policy development of the new Canada’s Food Guide,” their website reads, “we will not be meeting with representatives from the food and beverage industry.” (They actually put the word “not” in bold.) “We must ensure that the development of dietary guidance is free from conflict of interest.”

Allegedly, that isn’t true: government officials at Agriculture and Agri-Food Canada have reportedly been lobbying Health Canada to soften pro-vegetable language in favour of meat and dairy. “Messages that encourage a shift toward plant-based sources of protein would have negative implications for the meat and dairy industries,” reads a memo marked secret, obtained by the Globe and Mail. “Changes to the way in which foods are represented in the national food guide will have a significant influence on consumer demand for food.”

Responding to a request, Health Canada provided me with a list of the internal and external experts who provided advice on draft policies for the new guide—academics from across Canada and several other countries, specializing in areas as diverse as food security, social ecological modeling, obesity prevention, the social determinants of health, body image, Indigenous populations, nutrition, sustainability, diabetes, and chronic disease prevention. But when I contacted one of those scientists to ask about the experience, she told me that Health Canada had required her to sign a confidentiality agreement.

Teaching health and nutrition to elementary school children is more complex than referring to a set of charts. Some schools start teaching about body image in grade 8 but they need to begin much earlier: girls and boys are starting to focus on weight-loss diets and exercise regimens aimed at losing weight or developing abs in elementary school. Because teachers need to communicate advanced concepts to kids—the media literacy is necessary for deciphering junk food advertising and negative body image concepts that reach children younger and younger every year—it’s all the more important that the recommendations in the Food Guide be trustworthy.

Perhaps the best-known facets of the Guide is the recommended daily intake of food, like how many servings of grain products a 9-year-old needs, and what constitutes a serving. And now there are concerns that this content is not based entirely on the input of experts whose only goal is the health of our children.

“It is flawed,” says Elizabeth Campbell, who teaches grades 2 to 6 physical education and health at Pierre Elliott Trudeau elementary in Gatineau, Quebec. “Because it is the product of marketing by the meat and dairy association. They do a lot of lobbying. They have a lot of influence over policy decisions. They did heavily influence the last food guide.”

In the 2007 version of the Guide, Health Canada wanted to include a recommendation to “choose local,” but reportedly buckled under pressure from lobbyists, according to internal documents obtained by the Globe. The current Food Guide suggests half a cup of juice as a serving of fruits or vegetables—and yet the Heart and Stroke Foundation of Canada advises us to avoid juice entirely, as it contains too much sugar, and lacks the fibre found in the fruit itself.

A “guiding principles” document released by Health Canada during the consultation declared, “What is needed is a shift towards a high proportion of plant-based foods, without necessarily excluding animal foods altogether.” So there has been reasonable expectation (before we found out about alleged industry meddling) for the guide to recommend more plants in our diets, and less animal protein.

Nick Saul, CEO of Community Food Centres Canada, who voiced his concerns during the public part of the consultation process, says something like Harvard’s School of Public Health’s “Healthy Eating Plate”—which suggests we fill half our plate with fruits and vegetables, and only a quarter each for meats and grains—would be a good model to follow.

While teachers face new challenges every year, what has remained the same is their use of Canada’s Food Guide. What has changed most significantly is our faith in it. When the new food guide (originally scheduled for release this year, now planned for 2019) arrives at her school, Campbell says she won’t be able to completely trust its recommendations for how children should eat. “Not 100 percent. I’ll have to look it over. I want to know how much is a product of lobbying.”

Corey Mintz has written for the Globe and Mail, the Toronto Star, and the New York Times.