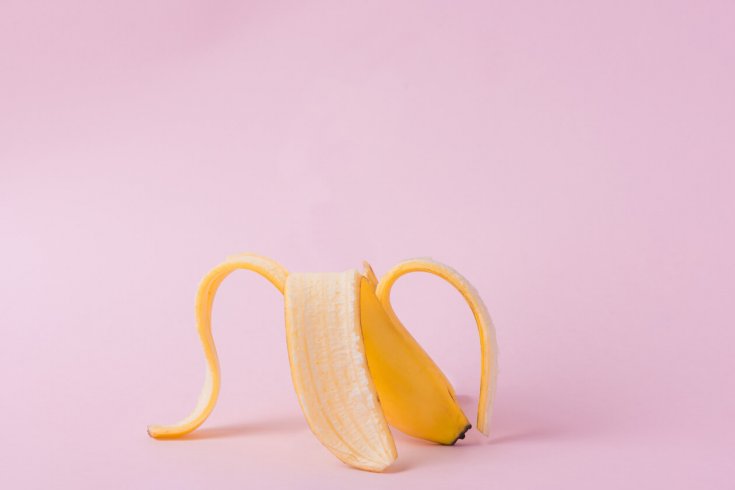 Doug Ford’s first five weeks since winning Ontario’s provincial election carry a clear message: the undoing has begun. The new premier has restricted universal pharmacare for those under twenty-five, cut the $377 million Green Ontario Fund, cancelled school-infrastructure repairs, reversed a decision to increase police oversight, and refused to help the federal government shoulder the financial burden of housing asylum seekers in the province.

Turns out he was just getting started. Ford also wasted no time fulfilling his most populist campaign promise: to scrap the province’s controversial sex-ed curriculum introduced in 2015 by the previous Liberal government. Last week, a mere twelve days after Ford was officially sworn in, his education minister announced that, come fall, Ontario will revert to its old syllabus, a nearly two-decade-old approach more in line with the socially conservative views of Ford’s so-called Nation, like-minded parent-action groups, and powerful Christian right-wing organizations, such as Campaign Life Coalition.

Ford sold his decision as a temporary, back-to-basics fix to give his government time to develop yet another new curriculum via a “fulsome consultation respecting parents.” In truth, he gave many of his right-wing supporters their most significant policy victory in years. Those who have criticized the 2015 curriculum often rail against its “radical” agenda, one that “has nothing to do with science, health or the wellbeing of children,” as the CLC argues in an online post, “but rather, everything to do with a political agenda by adults whose goal is sexual revolution.” These groups aren’t entirely wrong: in addition to updating the document to include a focus on navigating social media and the internet, the 2015 curriculum prioritizes consent and is built on a LGBTQ-positive framework. If that’s a radical revolution, however, it’s one that coincides with Canada’s Human Rights Act and also its Criminal Code—the former of which is often viewed by conservatives as an affront to freedom of speech.

Of course, all this pearl clutching belies the anti-sex-education advocates’ own agenda. That is, to send us all back to a past in which masculinity and femininity fit into neat boxes and follow a Leave it to Beaver–style moral code. In this world, the nuclear family rules, faith governs sexual acts, and nobody ever has premarital sex. If you believe in this world, then the former curriculum is a threat because it “detaches sex from love, commitment, responsibility, marriage, faith, moral values and social consequences”—that’s according to one of the main lobby groups, the Parents Alliance of Ontario for Better Education (PAO). Or, you might believe, as a sex-ed opponent wrote to the Toronto Star in 2015, that it would “teach Gay-Trans propaganda” and “[d]estroy the idea of gender, natural law, heterosexual family normalcy.”

Groups that attacked the 2015 curriculum frequently relied on the argument that it is parents, not schools, who should be teaching children about sex. Often, that was just code for: we want the absolute power to protect our moral beliefs from outside challenges. One high-school principal in BC, for instance, even wondered in 2015 whether Ontario’s curriculum amounted to “cultural genocide” against Christians. Sex-ed may be one of the religious right’s most high-profile moral battles, but it’s also one front in a larger war for ideological sovereignty.

The education minister has since announced that schools will continue to teach things like consent and gender identity this fall, but addressing such topics is not the same as building an educational framework around them. Her statement also flatly contradicts the message of the very groups Ford has sided with in his fight against the 2015 curriculum. Many of those who carried the “stop sex ed” call forward, for example, are also the same people who fought Ontario’s Bill 89, which essentially brings the province’s definition of child and youth well-being in line with its Human Rights Code, as well as Canada’s Charter of Rights and Freedoms. That is, under the bill, a child’s right to their own sexual orientation, gender identity, and gender expression are protected within the home. During the provincial election, three candidates even ran under the brand new Stop the New Sex Ed Agenda Party and extended their target to the bill. Much like they did with the sex-ed curriculum, far-right conservatives positioned the bill as a totalitarian attempt by the Liberals to control them. “As a parent in Ontario today, you have no say in the classroom, but you have a say in your own home,” wrote Faith Goldy for Rebel Media, introducing a petition against the bill.

Like Donald Trump has done in US with immigration and trade, Ontario conservatives have used sex ed—and the surrounding issues of gender and LGBTQ rights—to stoke a colossal fear that a certain way of life is under attack. Viewed that way, Ford scrapping the province’s modernized sex ed is only the latest sign of the growing political clout of a once-fringe brand of social conservatism. It’s also a reminder that we may be entering an era of regressive values, one that will be marked by a push to reset everything from racial privilege to gender roles.

In so many ways, Doug Ford’s decision isn’t about sex education at all; it’s about a moral show of strength. By contesting the 2015 curriculum, Ford, and others, are asserting who is—and who is not—entitled to a healthy sexual life. Asserting that the document is dangerous because it “equalizes homosexual and heterosexual acts in the young minds,” “confuses children with six genders,” and “promotes sexual knowledge, sexual pleasure and sexual freedom,” isn’t so much a way to keep sex ed in the home or to protect children, as the PAO argues. It’s a way to undermine modern, progressive views on sex and gender. If one removes the positive references to consent and the LGBTQ community, the 2015 update is strikingly similar to much of the ’90s-era curriculum. If Ontario does indeed revert to the old approach, first graders will still learn how to properly identify their body parts. By grade five, students will have lessons on puberty. Two years later, the focus will be on sex and STIs.

For many conservatives who are against sex ed, the answer seems to be no. In their minds, teaching consent seems to give students carte blanche to have as much sex as they want—an apparently inevitable, and terrifying, side effect of learning sexual agency. “This curriculum leaves young children with the perception that it is acceptable to have sex with any ‘partner’ of any kind as long as they get ‘sexual consent’ and they can just ‘do it,’” admonishes the PAO on the group’s website. “Consensual sex doesn’t make sex safe!”

Other groups argued that teaching young children the proper names for their body parts and about consensual touching—like hugging—would groom them for pedophiles. Never mind that such lessons are meant to protect children and teens by giving them the language to identify abuse. But facts don’t seem to matter here—not when fear is a far more influential political tool.

Sex-ed curricula in other parts of Canada have not faced the same level of backlash from conservatives as in Ontario, but it isn’t inconceivable that it may happen—and soon. In May, Alberta’s premier, Rachel Notley, indicated she’d like to introduce consent into the province’s sex ed, starting in kindergarten. And, late last year, British Columbia’s move to expand its schools’ anti-bullying policies to include sexual orientation and gender identity triggered the ire of parent groups who complained that the move “abused” children.

There’s also the real potential for harm to children if other jurisdictions use Ontario’s sex-ed reversal as momentum to stop, or undo, similar efforts at progress. Shortly after Ford announced his decision, Rehtaeh Parsons’s father, Glen Canning, responded. Canning’s daughter experienced months of bullying and harassment after a photo of her circulated, in 2011, that was taken the night she said she was assaulted. In 2013, at the age of seventeen, she killed herself. No sexual-assault charges were ever laid, but two boys were convicted of child pornography. In his comments to Toronto Star, Canning praised the 2015 curriculum. “I really wished there was something like that in Nova Scotia 10 years ago,” he said. “Because if there was—and if consent and empathy and respect were being taught in schools in Nova Scotia—I honestly believe that I would still have my daughter with me today.”

I don’t want us to go back to a time where anyone thinks they have to be silent either.