The North Needs More Doctors | The Walrus
Skip to content 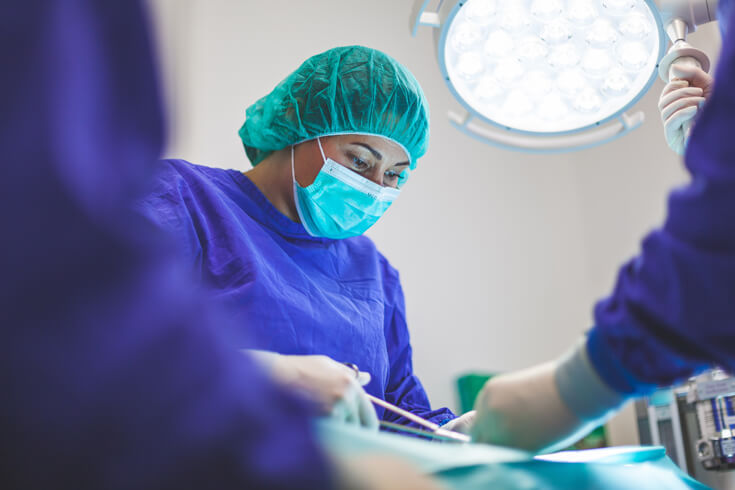 As a locum family doctor who works in rural and remote communities, I am the medical equivalent of a substitute teacher. I do not have my own practice. Instead, I swoop into communities for short, intense periods of work when the doctor is on vacation or, more commonly, when there is no permanent doctor at all.

The unfortunate reality is that many small communities do not have a doctor. There is a nationwide shortage of family doctors that is most acute in northern rural and remote communities across the country, from Attawapiskat to Norman Wells to Churchill Falls. In Canada, roughly 15 percent of the population does not have access to a regular medical doctor. In the Northwest Territories, for instance, the number jumps to 48 percent. In Nunavut, it’s more than 80 percent. What’s more, the shortage is felt differently in the North: waiting for hours at an emergency room or a walk-in clinic is not an option when the closest emergency room or clinic is either a long flight or long drive away.

In general, rural Canadians have higher death rates, higher infant mortality rates, and shorter life expectancies than urban Canadians—and the shortage of family doctors in rural and northern regions does not help. Canadians who live in towns with populations under 10,000 are just over 20 percent of the population but are serviced by only 10 percent of physicians. Many northern towns rely on nurses with expanded skill sets to provide care. When required, these nurses call doctors in larger communities for advice.

Some isolated Canadian communities do not even have nurses. Instead, these communities make do with community health representatives—locals who have varied amounts of health care training and access to a very limited number of medications. People with serious illnesses who need close monitoring or frequent hospitalizations often face the hard truth that unless they’re able to move to a town with more resources, they may die a preventable death. Understandably, some parents feel nervous having accident-prone or chronically ill children in such communities.

I first felt the realities of living in a community without a resident doctor or nurse nineteen years ago, when I took a summer job working as a lifeguard in Colville Lake, Northwest Territories, a remote fly-in community above the Arctic Circle. During my job interview with the Behdzi Ahda First Nation, I was asked if I had ever lived in a small town. Having been born and raised in the suburbs of Toronto, I confidently answered yes. I had, after all, spent several summers working as a lifeguard at a small summer camp in cottage country. Looking back, I cringe at my naïveté.

Colville Lake defied my southern Canadian imagination. At the time, in 1998, the community’s population sat at about 100. Physically, it was stunning. I lived in a one-room cabin on the lake, and the midnight sun teased me into completely losing track of time. But there were also no cars or trucks in town, no running water, and no formal health care providers. I experienced a culture that was completely different from the urban and rural Canada I knew. As the only white person in town, other than a retired Catholic priest in his eighties, it was my first experience of being the outsider, and I was uncomfortable.

Adding to my discomfort was the knowledge that, as a twenty-year-old lifeguard, I had more formal first aid training than anyone in town. As a result, I was occasionally called to attend to accident victims, to people who had seizures, and even to sick babies. It was both terrifying and exhilarating.

I wish I could say that I made friends and learned about the culture during my time in Colville Lake as the lifeguard. Instead, I secluded myself from of a culture I did not understand, taught my ten devoted charges to swim while our teeth chattered, and left, never planning to return. This past summer, however, I did—not as a lifeguard but as a doctor.

When I was eleven, I saw a news piece about a neurosurgeon who grew up in inner-city Detroit and went on to work with patients living in poverty in Baltimore. From that point on, I wanted to be like him, to be a doctor who worked with marginalized populations. I imagined working in underserviced areas in a city—maybe Toronto or Vancouver. I did not imagine the North. (Almost thirty years later, I shuddered when I realized that the doctor who set my life’s path was infamous Republican Party presidential candidate Ben Carson.)

And yet after I returned to my university dorm from my stint as a lifeguard in Colville Lake, I could not stop thinking about my time up North—about the many inequities I had witnessed. I began to read about other towns in Canada that did not have ambulance services, nurses, or doctors. I learned about the roughly 150 communities under drinking water advisories, and I read that some advisories had been in place for over twenty years. I thought about the opportunities I had missed to make friends and really get to know community members in Colville Lake.

Slowly, as I came to understand the medical needs of people in the North, I learned that it was difficult to recruit doctors to work there because of the differences in everything from climate to culture, not to mention the lack of peer support. And I knew it was also where I wanted to work.

Today, Colville Lake’s population is not much bigger than it was when I was first there. There are now vehicles of all types in town, a new health centre, and prefabricated houses are becoming more popular than log cabins—but the health care services are the same. A doctor covering the Northwest Territories’ Sahtu Region, which includes Colville Lake, is responsible for servicing all five of the area’s fly-in communities. Because of its small population, Colville Lake only gets that physician one day a month. While there are two community health representatives who do great work for patients with straightforward, minor complaints, they must rely on telephone advice from a nurse or a doctor for more complex cases. If a person needs to see a doctor in the next day or two, a flight to a location where there is both a doctor and the ability to run diagnostic tests can sometimes be arranged. Emergency cases, however, require a medevac—medical evacuation by plane—which can be delayed, often for days, by bad weather.

Colville Lake is not unique. There are at least six other communities in the Northwest Territories with similar health care set-ups. To further complicate matters, several of the larger communities that should have permanent doctors are staffed entirely by locum physicians like me. This means that continuity of care, one of the key features of family medicine, is almost impossible to achieve.

While I was in Colville Lake this summer, I saw a patient with very high blood sugar and another patient with chest pain, both of whom I wanted to follow up with the next day—and yet a normal follow-up visit is impossible because I always have to leave the next day. Sometimes, we get lucky. In this case, both patients were also travelling to attend a wedding the next day in the same neighbouring community I was off to, so I was able to catch up with them. It is difficult to provide good health care to people with complex medical needs in this situation. In a dire emergency, when minutes matter, help is sometimes too far away.

As a rural and remote family doctor, I have spent a lot of time on the phone. I have helped nurses deliver babies by phone and I have filled out death certificates over the phone. I have solved complex medical cases over the phone, but I have also missed diagnoses that would have been easy in person. If you add a language barrier and an interpreter, practising medicine over the phone can be even more challenging. Thankfully, video conferencing is slowly making this work easier. But there is no real substitute for physically examining a patient and looking them in the eye.

Returning to Colville Lake this past summer, I felt I understood the medical needs of the community all the more keenly for having lived there for a summer almost two decades ago. Years of working in remote Indigenous communities have taught me that I once ignored or misinterpreted the good in these places. The houses with multiple generations caring for each other seemed smothering to me, a person with only three blood relations in Canada and whose grandparents were in “care homes” across the ocean in their dotage.

As a locum, my type of work does not fix the family doctor shortage in the North, but it does give communities a doctor, even if only for a few days or weeks. I’ve learned that there is no substitute for timely access to consistent health care and that there is nothing easy or cheap about providing care to people in remote locations. As an outsider, I cannot tell you the solutions for health care in the North, but I can tell you what patients ask for: nurses and mental health workers who live in the community, consistently available doctors, culturally appropriate care, and technology that allows them to stay in their communities so they don’t have to travel long distances for short appointments.

Slowly, many of the above pieces of the puzzle are coming together. My biggest wish for health care in Canada is for it to be funded based on need not just on numbers. Yes, the costs of health care provision in the North are high but so are the costs of service provision to those most in need in the south. If we must focus on numbers, let us focus on the numbers of premature deaths and livelihoods lost rather than on dollars. We would not run half of our entire education system with substitute teachers—so why is that our approach to health care in Canada’s North? I hope that one day, as a Northern locum, I’ll find myself out of a job.

Sarah Giles is a locum family/ER physician in northern Ontario and the Northwest Territories. She is a 2017/2018 Munk Fellow in Global Journalism at the University of Toronto.