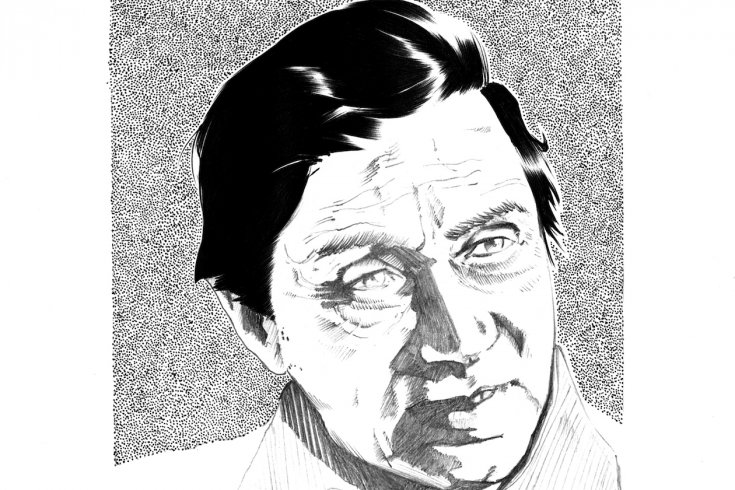 In March 1956, a Canadian writer named Norman Levine disembarked from a ship in Halifax. He was back in his country after nearly eight years in England, and he had decidedly mixed feelings about it. “Everything appeared boarded up,” he recalled. “It was as if some animal, a white enormous snake, had crawled in and filled up with its weight every possible surface, smothering and stunning all the life out of the place.”

Levine returned to Canada to write a book about his homeland. He had pitched the idea of a travelogue to the London branch of New York–based publisher G. P. Putnam’s Sons. With the advance he received, Levine spent three months travelling from Halifax to Victoria and back east to Quebec, writing about places he knew well (Quebec City, Montreal, Ottawa, Sault Ste. Marie, and northern Ontario mining camps) and places he had never been (Winnipeg, Saskatoon, Edmonton, Vancouver, and British Columbia’s Cariboo region).

The result, published two years later as Canada Made Me, was 277 pages of squalor, dreariness, and grime. Winnipeg is “all width and loose sand blowing and women with bad complexions”; Victoria is “provincial” and “placid”; Edmonton is “still a small town, dull and boring”; Quebec City reminds him of a “well-kept cemetery,” but he approves of it, in a backhanded way, for its French Catholic idiosyncrasies—in the near future, he thinks, “people will come here to see this as something out of a museum, a museum piece, when the rest of the country has been swallowed up into a sameness.”

The arched barbs that fill Canada Made Me add up to an unsparing portrait of the country in the mid-1950s. Levine was particularly attentive to the artificiality of Canadian nationalism. At one point, quoting approvingly from a letter from an unnamed friend, he notes that the country was just something that “issued postage stamps and dollar bills, and set up customs offices next to American customs offices.” Coupled with his own poverty (he was constantly asking friends to wire him funds), Levine’s aversion to jingoism made him surprisingly sympathetic to the victims of Anglo-Scottish Canada: visible minorities, refugees, immigrants, First Nations people. “Of course, the white man did not like something he could not understand, so he tried to destroy it,” he noted in a characteristically offhand aside while visiting a reserve in British Columbia.

Such candour did not endear him to Canadian tastemakers. Though Canada Made Me was conceived as a joint publishing venture between the UK branch of Putnam and Canada’s McClelland & Stewart, after reading the manuscript, Jack McClelland refused to put his press’s name on the 500 copies that Putnam sent for distribution. Despite the book’s reasonably brisk sales, no further shipment was requested. Levine wouldn’t be published in this country again for over a decade.

The uncomfortable response to Canada Made Me likely cemented Levine’s status as a literary exile, but he had always been an outsider with an affection for those he called “the throwouts, the rejects.” In the book, his eye is drawn to the discontent and weariness of the miners in a northern Ontario bush camp, the noseless woman running a boarding house in Sault Ste. Marie, the old drunk who stumbles into a puddle in Winnipeg and is kicked by a passing stranger. Levine wrote what he saw, and what he saw was a country filled with people who didn’t quite fit the picture of civic health that the cultural apparatchiks were selling.

A similar unsentimentality runs through his short stories, forty-two of which have been collected in the recently released I Don’t Want to Know Anyone Too Well. Levine’s fiction is at its most uncanny when a moment of sudden intimacy gives us a glimpse into the secret life of another person; it is at its most heartbreaking when it reveals how fleeting such glimpses can be. In “My Wife Has Left Me,” the narrator spends most of the story commiserating with his neighbour, whose wife, Colette, appears to have taken off with another woman. As the story concludes, the narrator learns in a casual conversation that the postman’s wife has also disappeared. The narrator serves only to provide the barest frame through which we observe Colette, her husband, and the wounded postman.

In his foreword to the collection, editor John Metcalf makes the case that the long-ignored Levine deserves to be hailed as one of Canada’s literary greats. Closer to the truth, perhaps, is that in a canon of lonely writers, Levine understood solitude best.

Born in Raków, Poland, in 1923, Levine was raised in Ottawa’s predominantly Jewish Lower Town. Like others of his generation, Levine came of age too early to benefit from the Canadian literary boom of the sixties and seventies. Stifled by Canadian provincialism, he anticipated his contemporaries Mavis Gallant and Mordecai Richler by heading to Europe in the late forties. But where Gallant and Richler were drawn to the decaying splendour of Europe’s postwar capitals (Gallant settled permanently in Paris, Richler ended up in London), Levine found himself in the rather less glamorous St. Ives in Cornwall, England.

A tourist town during the summer months, St. Ives retained something of its isolated Cornish character during the desolate winters. By the early 1950s, it was home to a thriving community of abstract painters later known as the St. Ives School. Levine became friends with many of them, including Terry Frost, Patrick Heron, and, later, Francis Bacon. He often claimed that he learned the minimalism and immediacy of his signature style by watching them paint.

Levine wrote prolifically throughout the sixties and seventies, in part because it was his only job and he needed to support a wife and three daughters. He honed a tight, observational prose less concerned with plot than with detail, more taken with the ambiguities of human interaction than with ascribing some kind of meaning to them. It’s as though he learned the lesson of Hemingway’s concision but subtracted the drama. Levine’s narrators are seemingly biographically identical to him; his themes and subjects are taken straight from his own life: the stories deal with poverty, identity, the claustrophobia of living in small towns, the excitement and inevitable disappointment of the occasional trip to London. Yet Levine is completely uninterested in himself as a character. Instead, he uses his own experience as a lens through which he can focus attention on others.

In 1978, Levine’s wife died. He left St. Ives shortly after, returning to Canada briefly before marrying again and moving to France. When his second marriage broke down, he returned to England and settled in the northern village of Barnard Castle. The last years of his life brought some recognition, including the Writers’ Trust of Canada’s Matt Cohen Award for lifetime contribution, but were marked by the same poverty in which he had lived much of his early life. He died in 2005 at the age of eighty-one.

Levine’s transatlanticism meant that, for most of his career, his work was accessible only in piecemeal form, in small collections published by minor presses in Canada and the UK; this led to a significant amount of overlap. Early stories appeared in multiple later collections (sometimes under different names), passages from Canada Made Me were repackaged into short stories, and short stories were spliced into his 1970 novel From A Seaside Town (notably “I’ll Bring You Back Something Nice”). If Levine lacks for a Canadian readership, it could be in part because there is no definitive, breakout collection of his stories, no equivalent of Alice Munro’s Dance of the Happy Shades or Mavis Gallant’s My Heart is Broken.

That might change with I Don’t Want to Know Anyone Too Well. Few publishers would release a collection of short stories totalling more than 600 pages, and by an author who has been dead for over a decade, without an agenda. Metcalf makes his clear. “Norman Levine’s stories stand at the very centre of achievement in Canadian short story writing,” he writes—news that would certainly shock most Canadian writers, not to mention Canadian readers. It would probably shock Levine himself—being on the edges of things (religions, movements, continents) was central to his art. We are, after all, talking about a man who complained Montreal was too provincial, then settled in Cornwall.

Metcalf positions Levine as a modernist who spent a lifetime developing a style “marked by its fragmentation, unorthodox grammar, and denial of cadence” that garnered accolades abroad (Le Monde, according to Metcalf, compared him to Chekhov) but was never properly appreciated by the parochial bien pensants of his homeland. Tilting at windmills long collapsed from neglect, Metcalf asserts (contra the Canadian cultural nationalists of the sixties and seventies, I guess) that Levine—the resident alien, the apolitical innovator, the writer’s writer—stands revealed as one of Canadian literature’s “most radiant figures.”

Allowing that these hyperbolic blandishments probably arise from the necessities of marketing copy, Metcalf’s obsession with style above all sometimes risks overlooking what is most moving about Levine’s work: all the compelling humans he creates. Consider the titular character in “Hello, Mrs. Newman,” the faded wife of a former colonial administrator, driven to what appears to be suicide by the loneliness of provincial life. Consider the pompous and tragic squadron leader Albert Richardson in “The Ability to Forget,” still pretending to live the soldier’s life fifty years after the war, or the irrepressible Eastern European travel-documentary maker Al Grocer in “I Don’t Want to Know Anyone Too Well,” with his bulging eyes and ludicrous stories and nervous breakdowns.

It is these characters and their odd humanity I am left with, not Levine’s particular way of describing bruised pears, stopped clocks, or dust on furniture. And his way of drawing attention to the mysterious depths of the dullest, most obnoxious stranger is what makes the world look different when I close the book. If great writing has a mark, surely this is it.

André Forget (@AYForget) is a contributing editor to Canadian Notes & Queries and former editor-in-chief of The Puritan. Based in Toronto, he currently lives in Yoshkar-Ola, Russia.
Shawn Kuruneru

Shawn Kuruneru is a Canadian-born artist of Chinese and Sri Lankan heritage. His artwork has been published in the New York Times, Border Crossings, Canadian Art, and Vice.