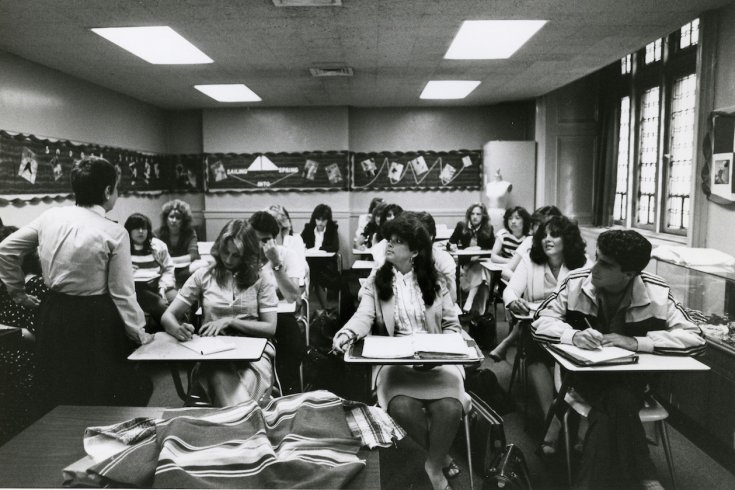 Alberta is a divided province right now. The government is reforming its sex-education curriculum, and the province’s Roman Catholic organizations are not happy. The Council of Catholic School Superintendents of Alberta delivered an alternative to the government’s proposals, which it claims do not pay sufficient attention to religious sensibilities. Contrary to the government, the council states that same-sex relationships are “not part of God’s natural order” and that gender identity is confirmed at birth. The province’s Catholic school board is also demanding that it be allowed to apply Church teaching to questions around contraception, premarital sex, and homosexuality.

Premier Rachel Notley has rejected the proposal, standing by the status quo that the province’s schools all teach the same curriculum. Newly minted United Conservative Party leader Jason Kenney, himself a conservative Roman Catholic—and quite possibly the victor of the next provincial election, in 2019—supports the Catholic opposition.

It was an incredibly rare example of a reversal of policy, demonstrating the militancy and determination of those who oppose children being educated in a modern forum about sex and sexuality. Mind you, it must be said that after winning a Liberal majority in 2013, Premier Kathleen Wynne simply refused to bend to the hysteria and she reintroduced the curriculum. It’s a decision, however, that has continued to dog her. The groups doing the dogging have money behind them and their puritanical bark is loud. On the evangelical side are people such as Charles McVety, president of Canada Christian College and someone who is also involved in a number of lobby groups. McVety is a frequent media guest, is well financed, and is linked to senior conservative figures in the United States. Another group is Parents as First Educators (PAFE), which has right-wing Catholic leadership, as does the anti-abortion Campaign Life Coalition, which is increasingly active on sex-ed issues.

The concerns of the critics of sex ed in Alberta, Ontario, and elsewhere are many, but what drives their opposition is the certainty that knowledge will lead to activity. Opponents assume that if a child learns about sex in a classroom, they will be transformed into miniature fornicators and perfectly groomed victims for assorted predators and pedophiles. Only parents, they believe, can stop it from happening. Tory MP Brad Trost even compared sex ed to the horrors of residential school. “We in Canada, when we have taken away those rights from parents, we have had a disaster each and every time. The most tragic incident in our history was the residential schools, and that was the underlying problem—parental rights were not respected.”

In reality, sex-ed lessons are fairly clinical and even numbingly cold. As one sex-ed teacher told me, “Sexy this is not. Many of the kids are embarrassed, and a lot of them think it’s funny or, the word I hear most, gross.” If anything, these curricula are designed to reduce promiscuity and to teach young girls in particular that they have control over what they do and to whom they say yes. The idea of self-worth that permeates sex ed. Dignity is a crucial element in sexual health and is what allows for mature relationships founded on consent. The same dignity applies to lessons about contraceptives—particularly if we are genuinely concerned with unwanted pregnancies and STIs.

The other growing fallacy is that the direct alternative to sex education in school is parental instruction. Tanya Granic Allen, president of PAFE, stated that Premier Wynne “does not get to tell us parents what our children will learn, we tell her what they will learn. Most parents don’t want their kids indoctrinated by the state and whatever new fad is taking hold of society these days.” In fact, the internet, rather than the home, is generally where young people find information about sex. Christian parents are hardly renowned for their willingness to broach these issues with their children, much less provide the straight talk needed. By sparing their kids an updated sexual education, and maybe even encouraging them to think sex is too lurid to be spoken about, parents risk shaming their kids into thinking the act is wrong.

Sex education is designed to remove that stigma and shame. Vancouver-based nurse Meg Hickling, who has worked in sex ed for more than twenty-five years, told Global News “there are thousands of studies all over the world that show that the earlier you start, the healthier the children are going to be and the easier it is for them to make good, informed decisions for themselves.” If children have the vocabulary, self-confidence, and educational tools, they are also more likely to understand what adult behaviour is acceptable and what is not—and feel more empowered to speak out about it.

It’s hard to escape the irony that many of the loudest critics of sex ed are conservative Roman Catholics, such as the members of Campaign Life and the Catholic Civil Rights League, whose Church was responsible for one of the most widespread abuse crises in modern history. This was not just about a minority of sexually corrupt priests violating children but an entire system that denied and enabled and even took legal action against some victims. The very sex education that many conservative Catholics vehemently oppose is one of our best bets when it comes to reducing such systemic abuse—a curriculum that exposes abusive tactics can equip children to spot warning signs and navigate the euphemism and obfuscation on which abusers rely.

But the opposition doesn’t even stop there. When I covered the two largest anti-sex-ed demonstrations at Ontario’s Queen’s Park in recent years, I notice a monomania around the issue of homosexuality, or “sodomy,” as opponents of sex ed frequently describe it. There were numerous posters condemning LGBTQ teaching, frequent references to the Liberal premier’s sexuality (she is openly gay), and plenty of talk of “Adam and Eve, not Adam and Steve.” Risible as this may sound, conservative Christians seem certain that sex ed is all part of a greater plot to make everybody gay. LifeSite, an extremely influential conservative Christian news website, stated that “[w]ithout regard for the religious/moral beliefs of families, the curriculum will normalize homosexual family structures and homosexual ‘marriage’ in the minds of 8-year-olds” and that “the Kathleen Wynne government will certainly take an activist approach to these lessons and show no respect nor tolerance for traditionally-principled families.” It’s not true, of course, but it’s significant that the very thought of “normalization” of what is generally considered normal is regarded as abhorrent.

If anything can be learned from the Ontario example, it’s that the protests are best ignored. In parts of Toronto, thousands of children—generally from Muslim families—were briefly withdrawn from school by concerned parents, but while this tactic seemed challenging at the time, it was soon abandoned and forgotten. There were also some cases of Christian families moving their children to private schools or turning to home-schooling, but the numbers were relatively insignificant.

Not all sex-ed critics are malicious. Sometimes, it’s just generational naïveté and a form of overprotection. Such foot soldiers usually accept the changes in the curriculum when they realize that their children are just as they were, but perhaps a little happier and less intimidated. Good Lord, kids won’t even do their math homework, let alone their sex-ed studies! Yet as one tweet to me had it, “We’re not going anywhere and we won’t give up. They come for the children first and we won’t let it happen. Go to hell you perv.” I did not retweet.