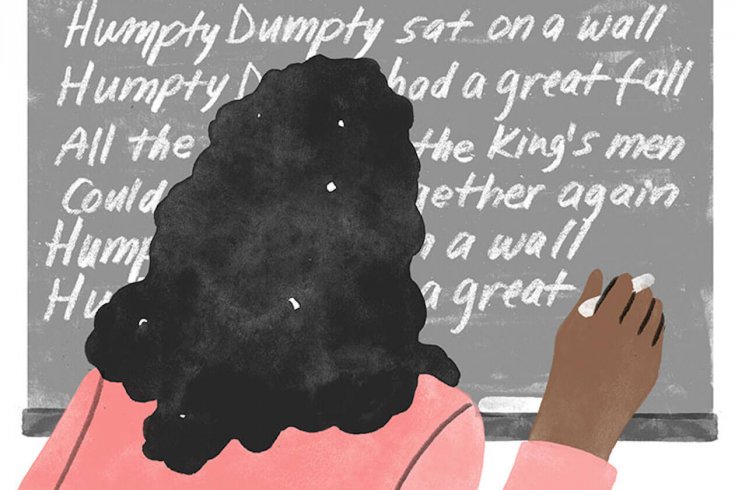 The summer job wasn’t a rite of passage when I was growing up. Ethiopia in the eighties had a communist command economy, for one thing—jobs were scarce, government issued, and often held for life. Food was rationed and clothing basic, so there were no clothing chains or McDonald’s or any of the other places where Canadian teens typically find work. And summer—well, it was the rainy season, meaning there was a storm ( usually with thunder, sometimes with hail) nearly every day. All I wanted to do was hunker down, read stacks of Agatha Christies, and wait for the sun to return.

But I did, nevertheless, find work. My first job, when I was fifteen, was teaching conversational English to a group of Catholic nuns and priests. The school, a cluster of long, low buildings set in wide gardens, was up the road from my home in Addis Ababa. Given chalk, a blackboard, and carte blanche, I treated it as a game, like those I had subjected my younger siblings to for years. I split my students, who ranged from early twenties to middle age, into groups and gave them topics to discuss. I taught them to play Simon Says. “Simon says stand on one leg.” “Simon says rub your tummy and pat your head.” “Stand on one leg, rub your tummy, and pat your head…ah, you’re out! I didn’t say, ‘Simon says’!” I asked them to imagine that they were historical characters taking a trip in a sinking hot-air balloon. Whom would they throw out first? Could they explain why? In English, please! I got them to write down the lyrics of pop songs and then led renditions of ABBA’s “Fernando,” “Dancing Queen,” and, especially, “Money, Money, Money”—that anthem notable for its collision of an infectious, upbeat tune and a bleak capitalist realpolitik. I thought this was amusing, though I’m not sure anyone else did.

A couple of summers later, I taught English again. By this time, the country’s leadership had changed, and with it the language of government. Ethiopians speak more than eighty living languages. The solution to this had previously been to require everyone to be educated in the language of the dominant group, which had been Amharic. Now everyone was to be linguistically self-determining, and children were to be taught in the language of their families. One charity, however, worried this would mean isolation for students, who might then grow up unable to participate in the wider world. They decided to help by providing English-immersion classes, starting in primary school. The trouble was that few primary-school teachers were trained to teach in English. And so the charity brought groups of them to Addis for a summer in order to get them up to speed. This time, I faced approximately forty serious-faced women, notebooks and pens at the ready.

I was not a primary-school teacher. I could not begin to help with lesson plans. But I could provide translations of useful phrases, and I did have a large fund of English nursery rhymes. As I quickly learned (and have since rediscovered with my own young child), when in doubt, sing. So I sang. And then I wrote the words on the board and we all sang together. We sang about plum puddings and tuffets, the old lady who lived in a shoe, and that other old lady who was tossed up in a basket, nineteen times as high as the moon. We sang about the grand old duke of York, the crooked man who went a crooked mile, Incy Wincy Spider, and Humpty Dumpty. We did this over and over again.

Then, during one break a few days into the course, a small group of the women asked to speak with me. They liked learning the songs, they said, but how, really, were they to provide an entirely English environment? They were working hard in a language that was a second, even third or fourth, one for them. Lesson plans and games were manageable—just—but what about the language of comfort and feelings? What if a small child were weeping, or missed her parents, or had been hurt, they asked me. Wasn’t it cruel to insist on replying in a language the child didn’t understand? I made reassuring noises, but I did not know the answers to these questions nor did I have the authority to provide any. After the break ended, I redoubled my efforts with Humpty Dumpty. When in doubt…but, really, there was too much doubt, and I could not see how some things could easily be put together again.

Aida Edemariam is a senior feature writer at the Guardian. Her first book, The Wife’s Tale, was published in March.
Tallulah Fontaine