The Future of the Future | The Walrus
Skip to content 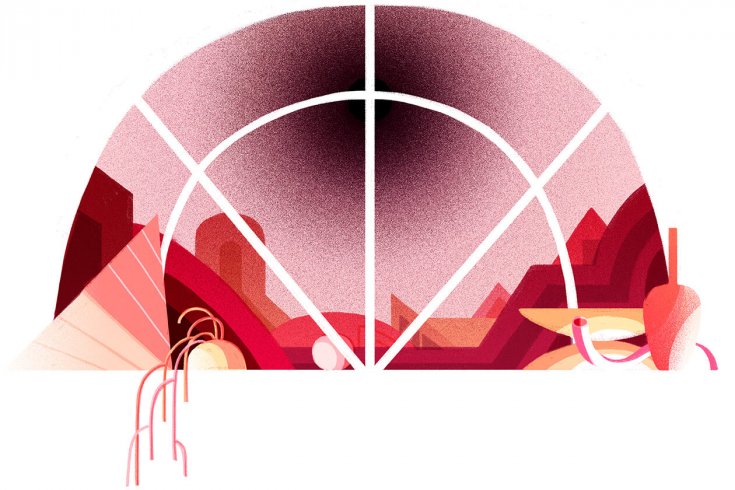 In about 5 billion years, the sun will become a red giant, eventually engulfing the orbits of Mercury and Venus. But terrestrial life may be doomed before then: in just 3.5 billion years, temperatures could be high enough for the oceans to boil and the continents to be reduced to lifeless deserts. No problem, you say—by then, we’ll have colonized other solar systems. Perhaps. But these civilizations, too, will be temporary. Some 100 trillion years from now, star formation will cease, leaving a cold and utterly lifeless universe.

Predicting our short-term future is trickier, because the laws that govern human affairs are far less clear than the laws of physics. In A Brief History of Tomorrow, published in 2000, journalist Jonathan Margolis writes that our predictions are “shaped and coloured by the experiences and prejudices of the present; they go out of date and look and sound old fashioned long before the time they were trying to predict comes round.” And yet two broad trends are worth noting. One involves scientific advancement and its close cousin, technological progress. The other relates to social change. On the technology side, we can often extrapolate from what has already been invented: in 1964, for instance, British industrialist Leon Bagrit pictured “personal computers small enough to be taken around in one’s car, or even in one’s pocket. They could be plugged into a national computer grid, to provide individual inquirers with almost unlimited information.” That’s pretty good, considering that hardly anyone had heard of a “computer network” back in 1964.

But it is social change that has been truly disruptive. When newspapers around 1900 attempted to predict what life in the year 2000 would be like, they floundered helplessly, mired in their own social norms. Even predictions about “equality,” as Margolis points out, focused not on racial or gender equality but on the divide between rich and poor. He notes the Chicago Tribune’s prediction that “selective breeding would make women more beautiful,” while the Manchester Guardian boldly envisioned a world in which women might go about their business without chaperones—even a trip to Paris “would no longer be considered daring.”

A hundred-year forecast similarly stymied a French artist who, in 1899, was commissioned to create a series of colour postcards imagining life in the year 2000. Culturally, they reflect their own time. One scene, labelled “An Explorer,” shows a Frenchman in a military-style, button-down jacket in a small propeller airplane flying low over a village, as dark-skinned, spear-clutching people retreat in terror to their straw huts. Were the artist to time travel to present-day Paris, he might be intrigued to find he could fly to almost any destination he pleased in under a day—but he’d be utterly shocked to see the multicultural, multigendered makeup of today’s urban centres.

Thinkers such as Steven Pinker have argued that we’re building a more just, more inclusive civilization. The so-called moral circle is expanding, but that expansion is hard to see until it happens. For instance, Pinker suggests animal rights as a likely new moral frontier: “Will our twenty-second-century descendants be as horrified that we ate meat as we are that our ancestors kept slaves?”

Pinker’s books are noted for their optimism; in his latest effort, Enlightenment Now, he describes human progress as “glorious” and “uplifting.” We’re seemingly more aware of our own ignorance than we were in 1900, which ought to make the prediction business a little easier, or at least make us less likely to go as badly astray as the French postcard artist. And yet, given the accelerating pace of change—both technological and social—not to mention the uncertainties a changing climate will contribute, predictions remain fraught.

My own crystal ball is no better than yours or anyone else’s. I hope Pinker is right and that we can build a better world in our own little corner of the galaxy while we can—even if the laws of physics are destined to have the last laugh.

Dan Falk (@danfalk) is a science journalist. His latest book is The Science of Shakespeare: A New Look at the Playwright's Universe.
Wenting Li