The Future of Sex | The Walrus
Skip to content 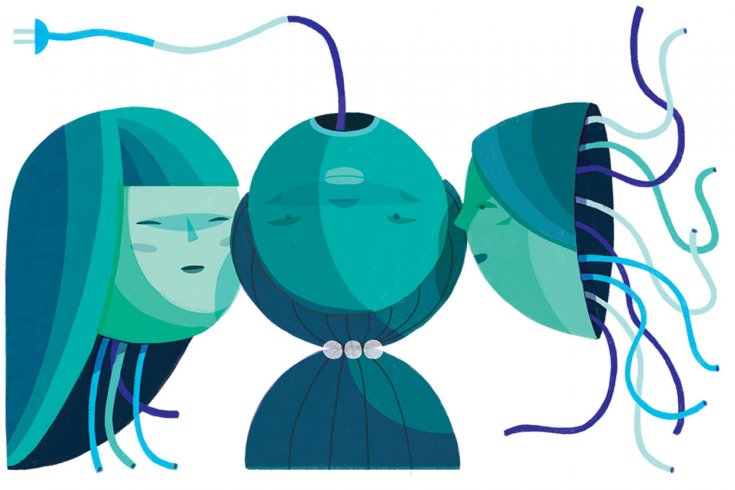 Samantha is one of the most advanced robots of her kind. According to her creator, “As you interact with her, she gets to know you and synchronises with you so you climax together”—her “climaxes” being audio simulations of a human orgasm. The busty, wide-eyed doll costs a cool 6,000 euros ($9,500) and can respond to simple questions, such as “What time is it?” or “Does this turn you on?”

Humanoid sex toys have existed for hundreds of years, from anthropomorphic cloth figures made by seventeenth-century European sailors to the open-mouthed blow-up dolls found in novelty shops today. Until recently, the figures we took to bed looked unmistakably like inanimate objects. But today’s advanced models are made of materials such as silicone or elastomer, a stretchy polymer that can look remarkably lifelike. What’s more, a few companies around the world—such as Abyss Creations in California, AI-Tech in China, and Synthea Amatus, the Spanish company behind Samantha—equip their dolls with interactive artificial intelligence. It’s like Apple’s Siri, if she had a body and were prone to dirty talk. These “sexbots” can’t move around on their own, but they can give compliments and moan on command. As they interact with their owner (or partner) over time, they adapt their sexual preferences and responses. Within the next century, these robots may be woven into the fabric of our sexual culture—as common as Playboy in the sixties or the vibrator today.

Few of the sexbots currently on the market have a specific “orgasm” feature, but of those that do, the mechanism seems obviously designed for heterosexual men’s enjoyment, with little grounding in reality. According to her inventor, Sergi Santos, Samantha, who has a penetrable vagina and mouth, responds when “the G spot and also the breasts” are stimulated. In a video published late last year, Santos demonstrated the robot’s “sex mode”: he slid a finger into her mouth, grabbed her breasts, and pressed the spot where her clitoris would be—like ringing a doorbell. She wailed increasingly loudly. He touched her genitals briefly, but it was for nowhere near the minimum fifteen minutes of clitoral stimulation experts say women often need.

While pornographic films can serve to entertain and titillate, research has also linked their use to sexual dysfunction and lower levels of trust between lovers. In particular, the industry’s emphasis on vaginal intercourse—an act that, alone, brings less than a quarter of women to climax—instead of a broader definition of sex has further widened the “orgasm gap,” the phenomenon (supported by studies and surveys) in which men orgasm from sex more often than women do.

Today, feminist porn, which is often produced by women and shows people across the gender spectrum experiencing pleasure, has emerged as a genre that celebrates consent and agency. The vastly male-dominated sexbot industry would benefit from following suit: creating robots that teach humans how to authentically please one another. There could be a personal element to this development, too: in a future where different prototypes exist and have specific, well-known tastes, a woman could describe herself as enjoying, for example, firm G spot stimulation like Samantha and gentle breast caresses like Harmony, another brand. Some find it hard to ask for what they want in bed; it might be easier with cultural touchstones to point to.

A more diverse pool of designers could also create better sexbots for women and people who identify as non-binary, which, as Gabrielle Moss points out in Bustle, an online magazine, are woefully underserved markets—just as they were, until recently, for pornography. “Sex robots could eliminate the guilt many women feel when asking their partners to perform the kinds of repetitive actions that make them orgasm,” Moss says. With universal pleasure in mind, robots could actually close the orgasm gap—just not in the way we might have expected. Before that can happen, we will need to embrace the idea of sex with something that sounds like Siri.

Kate Sloan (@Girly_Juice) co-hosts the The Dildorks, a weekly podcast on sex. She has written for Glamour, Teen Vogue, and Maisonneueve.
Wenting Li