The Future of Exploration | The Walrus
Skip to content 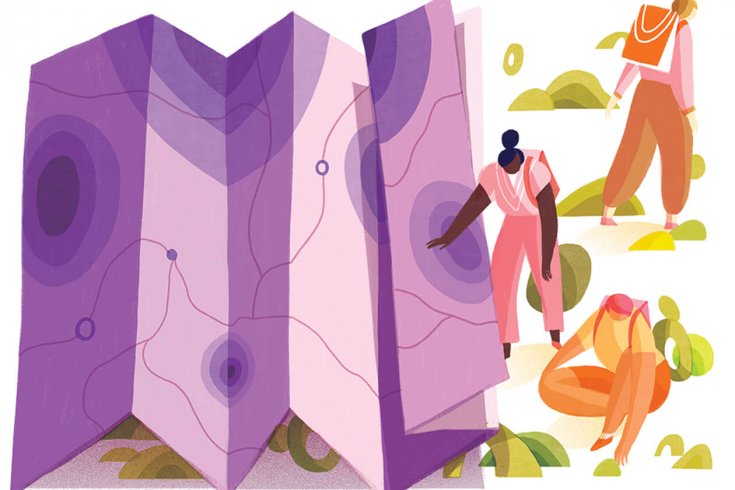 All the explorers I worshipped in high school turned out to be hacks. The Polos, the Columbuses, the Franklins of the world were less seekers of truth or beauty, as I’d naively believed based on romanticized accounts of their exploits, than servants of commerce or conquest. These men—they were almost always men—“discovered” lands that existed quite vividly for those already living in them, and they evangelized the sort of “progress” that overruns everyone and everything in its path. I used to want to be an explorer when I grew up, having misunderstood what that meant. The identity crisis was mine, but exploration itself is overdue for an exegesis. Does an enterprise with such a troubled past deserve a future?

Exploration has always been about the extraction of resources: gold, spices, fur, oil, or fame for being “first.” As such, the most competent explorers at work today are robots: the satellites, space probes, and rovers mindlessly charting the places humans can’t go and, in some cases, the places we can—and already have. Headlines recently trumpeted the discovery, based on a vast guano stain spotted from space, of an Adélie penguin supercolony. The penguins were hardly a revelation to those who frequent the Danger Islands of Antarctica, including Canadian Geoff Green, founder of the educational foundation Students on Ice. As proof, he shared a video, from seven years earlier, of students taking photos of the teeming, tuxedoed birds.

Precedent only counts, it seems, if documented in a certain way and by certain sanctioned elites. In 2013, some members of the Moose Cree First Nation in northern Ontario were similarly indignant when media announced that Adam Shoalts, a “professional explorer and adventurer,” as he calls himself, “discovered” waterfalls in their traditional territory (when he accidentally canoed over them, no less). In his biography for talks and events, Shoalts asserts that he “has, literally, changed the map of Canada,” referring to how charts of the Again River were modified to include new symbols for waterfalls and to adjust the placement of some symbols for rapids. But is updating maps with minor landmarks really the exalted end of all our exploring? Does a more detailed chart of a place, as T. S. Eliot famously put it, let us know it for the first time? Jorge Luis Borges’s short story “On Exactitude in Science,” which elaborates on a concept from a Lewis Carroll novel, describes a civilization so obsessed with cartographic accuracy that its maps pullulate in scale and resolution until they coincide, detail for detail, with the world. “Succeeding generations,” Borges remarks, “came to judge a map of such magnitude cumbersome.”

Literature offers epiphanies no explorer’s chart can yield. If industrial geologists and other professional explorers have defined modern-day exploration on their own terms—as the science of acquisition or an exercise in nostalgia—nothing prevents you and me from envisioning it instead as an art, a pursuit whose outcomes are appreciated not for technical precision so much as beauty or emotional heft, the change in consciousness they provoke. By this measure, the Voyager spacecraft mission, launched in 1977, is meaningful less for the new facts it has amassed and more for the “pale blue dot” photograph of the Earth made puny by its cosmic context. “In our obscurity, in all this vastness,” observed astronomer and writer Carl Sagan, “there is no hint that help will come from elsewhere to save us from ourselves.”

The world is worn thin with our looking, our wanting to know, which is too often a pretext for wanting to possess and control. So forget planting flags and leaving footprints. Let explorers, in the historic sense of the word, go extinct. The future of exploration requires stripping the enterprise of its ego, its colonial cruelties, its compulsions to name and claim—stripping it of everything but a sense of wonder. Consider Eliot’s other, less quoted, take on the venture:

Old men ought to be explorers
Here and there does not matter
We must be still and still moving
Into another intensity
For a further union, a deeper communion.

The end of all our exploring, then, is not knowledge but kinship—a deepened sense of connection to the planet and to each other, earthlings every one, even the penguins. At stake is not simply the soul of exploration but the well-being of our world. If we don’t collectively wake up to our shared fragility and fate, and change our ways, none of our maps will matter.

Kate Harris (@kateonmars) lives in an off-grid cabin in Atlin, BC. Her first book, Lands of Lost Borders: Out of Bounds on the Silk Road, is a finalist for the RBC Taylor Prize.
Wenting Li