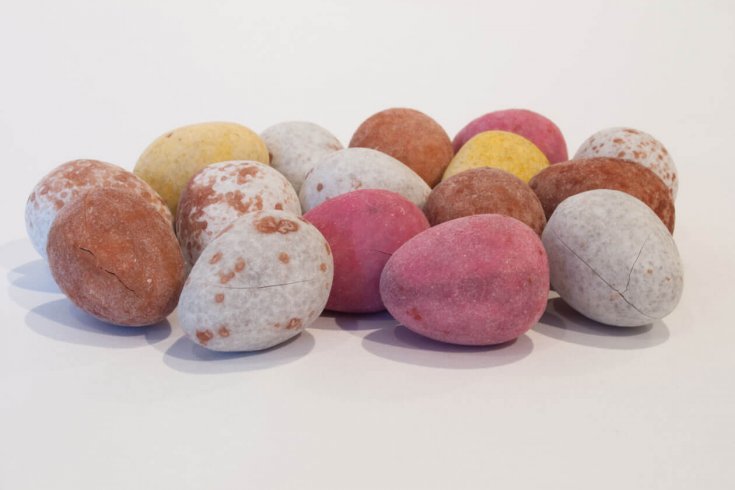 I’m an evidence-based creature at this, the ripe old age of six. I’m the first of my friends to stop believing in the Easter bunny, Santa Claus, the tooth fairy. By the time I am eight, I’m already over the Loch Ness monster and unicorns. I pride myself on this.

I’m ten when I stop believing in my sister for the first time. My parents have been divorced for three years and are working with each other and all four kids to make this as good as possible. My sister Tamara is working against the whole plan. Tamara tells my mother stories about my father’s dating life. She tells my father stories about my mother’s dating life. They all stem from a grain of truth, but to my already attentive ears, they sound like a lie.

I’m thirteen when the high school principal pulls me into her office to ask if my father is touching me, and where. He isn’t! And so this question is like being asked when the aliens had landed or when I last saw the Easter bunny. I sit stunned in front of her, mortified. It turns out Tamara has told her this, not because it is true, but in her words, “because I wanted to see what would happen.”

As the years go by the illness gets worse and, to my eyes, increasingly obvious. She makes plans with friends that we never see, and in this era before Facebook, we can’t even confirm that they exist. There is always a boyfriend or three that we never meet and an event she’s going to that doesn’t seem to be actually happening.

I’m twenty-two and I’m driving home to spend Christmas with my family. By this point Tamara has become obsessed with gift giving. Our gifts are complex baskets filled with a myriad of things that reflect her understanding of us. This year I got everything from movie tickets to cool pens and a small black and white ceramic cookie jar with the word SHROOMS tiled on the front of it. I guess this is my university undergrad reputation.

My brother, Lex, the lawyer and politico who counts every black mark as a failure and every success as a resume builder, is given a foster child for Christmas. The small child’s name is Maluki and he lives in a little village somewhere in Africa. My sister has covered his expenses for a year and this promises to bring Maluki and his village a clean well for drinking water and some basic tools for education.

It’s almost three months past Christmas when my brother’s phone rings. It is a representative from Foster Parents Plan Canada. None of Maluki’s bills have been paid, there is no fresh water in his village, and he is still starving to death. Lex is officially a delinquent foster dad. Apologetic and mortified beyond belief, my brother hangs up and calls Tamara. Tamara is instantly apologetic: “There must be some confusion here, they have my credit card, I’ll call and sort it out, you don’t need to worry about it.”

It’s late summer when Lex’s phone rings again with a representative from Foster Parents Plan Canada on the other end of the line. Maluki is being taken away from my brother. He has failed as a parent and he hasn’t even had his own children yet. Maluki will be given to a set of parents that can handle the responsibility and prioritize saving the lives of children. My brother is crushed.

I’m twenty-nine when I fly home to Toronto and learn that Tamara has shaved her head and is telling the whole family that she is dying of cancer. Evidence-based creature that I am, I instantly disbelieve it. Mere blocks away a dear friend of mine is actually dying of cancer, so I know what it looks like. And Tamara, she still has her eyebrows and eyelashes! I lose any flicker of remaining belief I might have in unicorns, leprechauns, and magic, and my brother and I decide to take very practical action. We scream at my parents, we try a family intervention, we try and contact her “friends”—nothing works.

Her conversations are getting stranger. Now, in the modern world of social networks, we can see her friends online and watch their exchanges. She still seems to have friends that don’t exist and makes plans that never happen. She talks obsessively about a man named Scott Willis. Willis is a world traveller, a well-educated, handsome man living somewhere in the Netherlands with a name like an American spy. And he loves her, and they are best friends, and he will fly across the world for her if she needs it. And Lex and I believe in him about as much as we do in the Easter bunny.

In these last two years her disease gets so bad that it finally gets named: Psychotic with paranoid delusions. Her conversations go from secret meetings with the president and her email being tracked all the way to tinfoil hats and alien invasions. It’s a mess of psych wards, doctors, pills, and medication. And then, six months ago, she jumps from her twenty-ninth-floor balcony to her death.

Lex and I manage the family through the funeral. He gives the eulogy. And as soon as the service is over we sneak away out a side door for a cigarette. I’m just absorbing the quiet and trying to wrap my head around all this before I have to go hug a thousand strangers. We are standing quietly hidden around the side of the funeral home when a young man comes towards us. He’s well dressed and as he extends his hand I hear the hint of an accent, like someone who has been living somewhere else for a while. “I flew in from the Netherlands,” he tells us. “My name is Scott Willis.”

And with that, Lex and I have met the Easter bunny. And I start to believe in magic again.

Liz Levine (www.randombench.com) is a film, television, and digital producer and storyteller.

How Technology Can Fill the Gaps in Our Mental Health System

Liz Levine (www.randombench.com) is a film, television, and digital producer and storyteller.
X