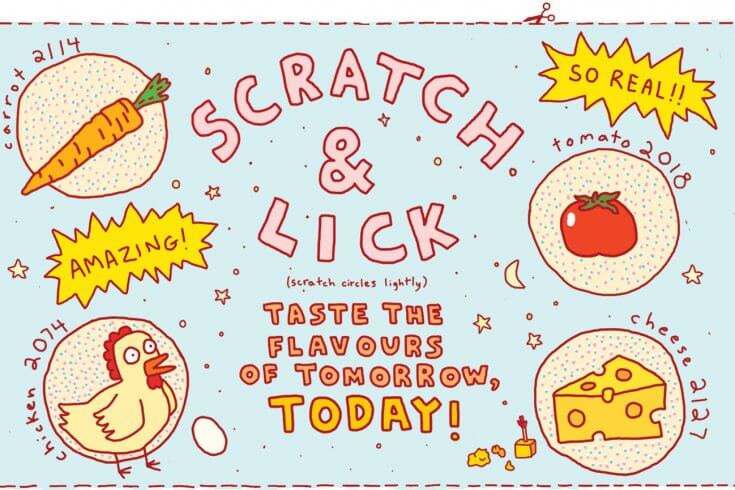 The Dorito Effect (2015)
By Mark Schatzker

It has been nearly sixteen centuries since Saint Augustine stole a pear from a neighbour’s tree and railed against his own stubborn, uncontrollable will. Yet here we are, still slaves to our urges, still on the sofa, still rummaging around the corners of the chip bag for the last of the salty crumbs that are making us so parched.

Obesity is now the second-leading cause of preventable death in this country, exceeded only by smoking. A quarter of Canadian adults—about 6.3 million people—are obese, or at least they were between 2011 and 2012. The numbers are a moving target: over the last three decades, the proportion of obese adults has doubled among forty- to sixty-nine-year-olds and tripled among twenty- to thirty-nine-year-olds. And the $4.6 billion question—the economic burden of obesity—is, why do we keep packing on the pounds?

Look in the mirror. Are we the problem? Our planet’s $600 billion (US) weight-loss industry is predicated on that assumption, as are two millennia of Christian thought. “What is a human wretch to do? ” asked Augustine in his Confessions, in which he bewailed the “law of sin” that dominates our bodies. In this sense, diet books could almost be considered Augustinian. According to these moralizing narratives, weight-loss deliverance can be achieved only by exercising self-discipline. Stick to a diet, the theory goes, and Barbie’s curves or Ronaldo’s quads can be yours.

Yoni Freedhoff argues this is a false creed in his 2014 book, The Diet Fix. At his bariatric-medicine clinic in Ottawa, the family doctor spent years watching patients struggle to keep off the weight, and blame themselves when they couldn’t. They thought they’d failed their diets. But what if, as Freedhoff argues, their diets failed them?

The author divides diets into seven categories. Regardless of type, he argues, they are all premised on the flawed idea that we must suffer to eat well. The trouble is, most of us don’t like to suffer. You can last only so long having your partner mete out six unsalted almonds in your packed lunch each day. You will rebel. You will avail yourself of the vending machine down the hall.

Although The Diet Fix is really a self-help book—putting the onus on you, the reader, to shed the pounds—Freedhoff doesn’t blame dieters for their predicament. The real problem, he writes, is the environment they live in.

He is in good company. Even while the diet industry has grown, so has another genre of food literature, which focuses on the systemic factors driving us toward consistently bad eating choices. Prominent authors here include Michael Pollan (best known for The Omnivore’s Dilemma), Michael Moss (Salt Sugar Fat) and David A. Kessler, whose book The End of Overeating explains how junk food has been chemically constructed to mess with your brain. In this view, most of us don’t have a chance to exercise dietary free will: we’re victims of a gamed system.

Many authors focus their attention on a single villain. Is it the sugar we’ve been eating? Or the high-fructose corn syrup? “Polyunsaturated fat, which at one time was seen as the antidote to saturated fat, is now under attack,” writes Mark Schatzker in the latest addition to the genre, The Dorito Effect. “Before fat it was carbs and before carbs it was fat, and if you go back far enough sugar pops up again.”

But just as diet books tend to discount pleasure, such theories downplay one of the most important aspects of food: flavour. That seems like an oversight. In nature, writes Schatzker, “there is an intimate connection between flavour and nutrition.” Over thousands of years, our bodies have been conditioned to hunger for the healthy nutrients certain items contain. When we mess with that connection by artificially changing the way foods taste, our eating choices go haywire.

The Toronto-based food writer argues that two important things have happened to disrupt the nutrient-taste nexus over the last century: ingredients progressively became more bland—our chicken no longer tastes like chicken, our milk and tomatoes are more watery than they once were—and the industry became good at doctoring foods to make them taste like things they are not.

The irresistible title of Schatzker’s book (if only the cover were scratch-and-sniff) functions as a shorthand for this phenomenon. Doritos nearly weren’t the amazing commercial success they turned out to be. Despite the fact that the chips featured three substances shown to be addictive—fat, salt, and highly processed carbs—marketing whiz Arch West had difficulty selling his idea to his colleagues back in 1962, when tortilla chips were virtually unknown in the United States. They became a success only when he made the chips taste like something they weren’t—a meat taco with all the veggie fixings—using artificial flavours. When we munch a Dorito, our body imagines it’s about to ingest something satisfying and substantial. But it doesn’t, so we reach for another and another, in hopes of achieving the nutrients that the chip’s flavour fraudulently promises. “So much of the food we now eat is not only a lie, it is a very good lie,” writes Schatzker. “Modern food may be the most compelling lie humans have ever told.”

The evolution of non-junk food also poses a problem in a world of engineered taste. Studies show that numerous real-food ingredients actually have become less flavourful over the last hundred years—from milk to tomatoes to the cacao grown for chocolate bars. In the process, it becomes less desirable than junk (unless we turn real food into junk by dressing it up in sugary, salty coatings—witness Buffalo wings, or those salads drenched in too much ranch). It’s cheaper, in our current system, to raise a flavourless, very young chicken and then inject it with 12 percent “chicken broth” to make it taste more like what we expect real chicken to taste like. Cheaper to add artificial flavours to yogourt instead of real fruit. Or at least it’s cheaper for businesses to produce and cheaper for us to buy. But it may not be cheaper for society if, as Schatzker argues, this constitutes a root cause of the obesity epidemic.

Animals know what they need to eat: calves that can pick their food do a better job of meeting their nutritional needs than calves whose diets are dictated by professional ruminant nutritionists. Studies show that human children, too, eventually do a pretty good job of making the right nutritional choices when they get to choose. Jam those flavour signals, though, and the system falls apart. Rats suffer metabolic derangements when they are fed artificial sweeteners: sweetness loses its meaning to the taste buds, and the rats overeat.

Just as pigs and people come to resemble one another at the end of Animal Farm, our own eating habits now mirror those of the livestock we raise. But at least livestock producers are more forthcoming with results, since they market their “palatants” (flavourings) to farmers who actually want their pigs to put on pounds. Pigs will naturally wean their young at three or four months, but in an intensive farming operation, they may wean them at as early as ten days. To get them eating solids, feed producers add chemicals. Purina’s UltraCare piglet feed “tastes so good they won’t be able to keep their noses out of it.” Strawberry-banana Jell-O powder works, too: it’s added to formula for calves.

To repeat Augustine’s question, what is a human wretch to do? For starters, Schatzker argues, don’t give up on deliciousness, because, as Freedhoff might have written, the idea “that we can solve the food problem only by extinguishing pleasure we receive from food is doomed to fail.”

Real flavour, Schatzker believes, will be our salvation—if we can just rediscover what real deliciousness is. Borrowing a page from his first book, Steak: One Man’s Search for the World’s Tastiest Piece of Beef, he sets out to create a meal of deep flavours, with carefully grown, taste-engineered tomatoes and heirloom chickens. The idea here isn’t just that the food is delicious; it’s also deeply satisfying, because its actual nutritional content aligns with our senses.

There are many oohs and aahs as the dishes are brought out. As a climax for a book that is aiming to rattle the foundations of the food system, it’s a bit rich, rather like watching the ladies of Petit Trianon give tips on how to feed the French peasantry. Or perhaps it’s just the money shot that the publisher insisted on—de rigueur gastro-porn for the fooderati. Still, it doesn’t take away from the substance of Schatzker’s basic argument that the loss in flavour of natural (or supposedly natural) foods, coupled with the doctoring of other, less natural ones, is directly connected to our dysfunctional eating habits.

If real, authentic flavour costs money, how do we persuade producers and consumers that it is worth spending more to get it? David Cohlmeyer, the retired farmer-owner of Cookstown Greens—a man who almost single-handedly changed the way chefs in Toronto, and by association many parts of Canada, think about produce, way back in the 1980s—likes to tell a story of travelling to Toronto to sell his carrots to chefs working in hotels and chains. Cohlmeyer’s bag of carrots looked like any other, and the vegetables weighed the same as ones grown more quickly and less carefully. But the chefs were willing to pay more for them because they tasted so much better. The bean counters, invariably, would question the cost, sometimes even sitting in on meetings to ensure that chefs weren’t getting kickbacks from what appeared to be inflated pricing.

The trouble then, as now, is that you can’t see flavour. And if you haven’t encountered it in a very long time, you might not even remember what it tastes like.

Sasha Chapman is a Knight Science Journalism Fellow at MIT, and was previously a senior editor at The Walrus.
Joren Cull