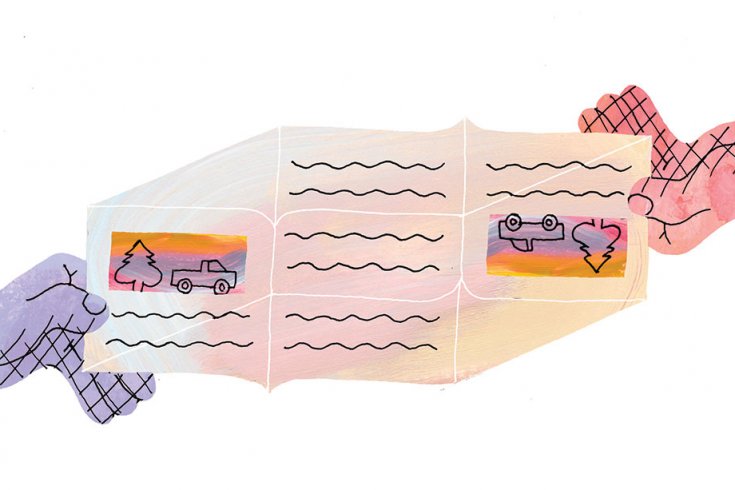 A blizzard builds outside the Frobisher Inn as Jim Bell, long-time editor of Nunatsiaq News, sits down for Sunday dinner. It has been an event ful week. Presidential elections for the Qikiqtani Inuit Association came down to razor-thin margins, triggering recounts. Bell interviewed both potential victors and has prepared two different articles, to choose from once the official results are announced later tonight. A stiff Scotch would be in order—and in keeping with Bell’s hard-boiled persona. Alas, Scotch isn’t easy to find in the territory, which restricts European Union alcohol in a feeble tit-for-tat response to the EU’s ban on sealskin products. An Argentine Malbec will have to do, along with a green salad, Arctic char, and coffee.

Putting out a newspaper in a populous urban market is challenging. Doing so in the sparsely populated Arctic is even harder. Coordinating translations on a weekly paper is just one of many difficulties in Iqaluit. Nunatsiaq—which sells for $1 and has a print circulation of 6,200—publishes pieces in up to three languages (English, Inuktitut, and French). Its circulation area covers an astounding 2.5 million square kilometres, in Nunavut and the Nunavik region of Quebec, yet only 44,000 people live there. “There are some strange facets,” Bell says of his work. “Even getting from community to community has become prohibitively expensive.”

Bell, sixty-two, sports half-rimmed glasses and a short-cropped white beard. He seems to relish his role as the unofficial opposition in one of the most eclectic cultural and political environments in the country. “Iqaluit is a really good place to do journalism,” he says, “especially if you’re a young person. A single individual can do science stories, business and economics, political stories, all kinds of arts stories.” As media outlets cut jobs—and make it increasingly difficult for the next generation of writers and editors to catch a break, to say nothing of a regular byline—Nunavut’s leading community paper is like an intensive graduate program led by a seasoned professor. “It’s the variety of work available here that’s so appealing. I wish young journalists would see that.” But attracting and retaining such journalists is a huge obstacle. “If working for Q is your dream job,” he concedes, “you’re not going to be interested in Nunatsiaq News.”

Bell was born in Glasgow, Scotland, and raised in Ontario. He’s vague about how he ended up in Iqaluit, but shortly after he arrived in 1979, in the dead of winter, he started selling ads for the then seven-year-old paper. “I wasn’t very good at that,” he says, peering out the window to check on the storm. After a couple of years, he moved to circulation. By the time he took over as editor, in 1997, he had tried his hand at just about every aspect of the trade. Today, much of his attention is devoted to the paper’s website, which attracts 45,000 page views a week. (A publication like the Toronto Star, by contrast, might see 12 million views.) What he calls “oddity stories”—such as the one about a Nunavik woman who plucked and ate a bird on a Montreal subway last July—can generate tens of thousands of hits in a matter of days. The website’s simple, almost anachronistic design reflects “Nunavut’s telecommunications barrier,” meaning its lack of broadband and the exorbitant cost of five-megabit-per-second satellite service. Without the videos, slick graphics, and click bait other sites use, Bell must rely on Twitter to help drive traffic.

With an editorial staff of five (only two of whom live in the territory), Bell produces a brand of journalism that’s rare among the thousand or so community newspapers in Canada. Nunatsiaq’s coverage has a small-town flavour, but the richness of its subject matter is bracing. Here, the news is at once local, territorial, federal, and circumpolar. Iqaluit’s controversial airport expansion, increasing flat-fee taxi fares, the establishment of a northern university, shipping through the Northwest Passage, polar-bear hunting, food and energy security, oil exploration off Baffin Island, climate change—all are relevant but divisive topics, tricky to report intelligently and to tackle in editorials. “It was scary at first,” Bell says of opinion writing. “But I found the best way to protect oneself against criticism is to make sure the positions, the statistics, are airtight. When you do that, the complaints fade away.”

In a capital of 7,300 people, Bell might blast the mayor or a federal cabinet minister one day and find himself sitting next to that person at the Astro Hill movie theatre the next. “That’s not uncomfortable for me,” he says. “I don’t know how the target of criticism feels about it.” He smiles, then admits, “I’ve heard of people taking bundles of the newspaper and throwing them down stairs.”

Bell has been standing up to authority and parochialism longer than Nunavut has existed. He believes in Canada’s youngest member of Confederation—that’s why he stays to tell its stories—but he also knows its flaws. “You can’t hide poor government for long. This big dream of Nunavut is quite tarnished now.”

The waiter stops by the table to say that taxis are running off the roads, and he can’t serve more wine. Jim Bell hasn’t even finished his first glass; besides, he’s got that recount coverage to post. “If I can see through the windshield and past the hood,” he says, “if I can see the road in front of me, then that’s okay.” You get the idea he’s talking about more than just the drive home tonight.

Kyle Carsten Wyatt is a former managing editor of The Walrus.
Connor Willumsen 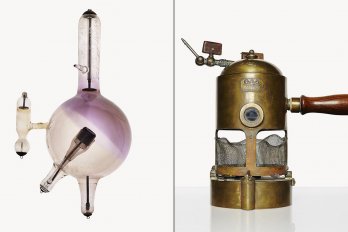