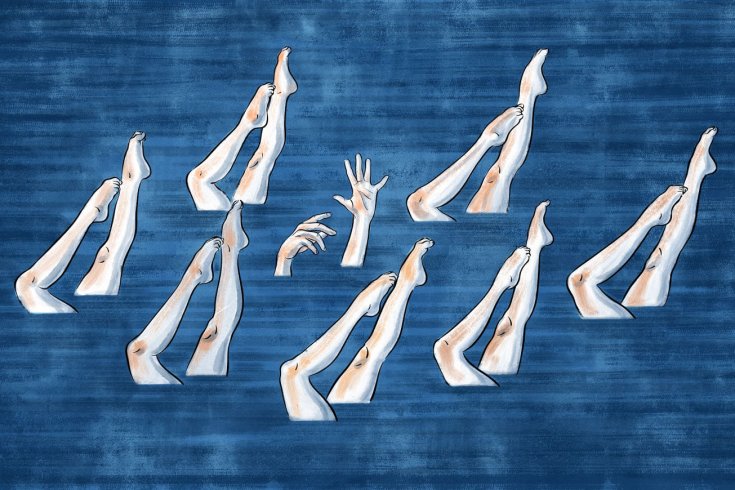 Certain landmark sexual assault trials are a turning point in our collective understanding of the issue. If one were to summarize the accumulated folk wisdom around some high-profile cases of the past couple of generations in few words, they might be: Paul Bernardo—Nice-seeming guys can be psychopaths; OJ Simpson—Guys who seem very guilty can get off; Bill Cosby (whose ultimate verdict is indeterminate, but whose charges led New York magazine to feature, last summer, the pictures of thirty-five of his accusers)—Power corrupts. As we await a verdict in the Jian Ghomeshi trial, it would seem little in the way of wisdom has been gained. And yet, the discourse around sexual assault, the way it is reported, and the way we talk about it will probably never be the same.

Ghomeshi’s lawyer, Marie Henein, built the defense through a concentrated effort to discredit the witnesses one by one. Her examination focused on inconsistencies in their statements—events, details—and, more damningly as it came across to a casual observer, in their behaviour. The thrust of her argument was that these witnesses hadn’t acted like victims. One alleged victim (whose name is subject to a court-ordered publication ban) had sent Ghomeshi a picture of herself wearing a bikini. Lucy DeCoutere, an actress and the most high-profile of the three complainants, kept up a seemingly-cordial professional relationship with Ghomeshi and, by all accounts, pursued the trappings of a romantic one. The third witness had given him a hand job. All of the witnesses—in one way or another—were themselves on trial, both for communicating with Ghomeshi or for not immediately calling him out as an abuser. It began to look like the efforts of the trial may have no beneficial impact at all: neither on the witnesses, nor on the larger cause against sexual assault. But at the same time, another conversation has emerged, in the media, and in the public conversation.

The past week has seen the emergence of a rapid and relatively widespread correction in the public portrayal of abuse. It might be called grassroots if it weren’t widely corroborated by abuse experts and lawyers, and in the mainstream media. “The behaviors of these women are entirely consistent with survivors of trauma,” Pamela Cross, legal director of Luke’s Place Support and Resource Centre in Durham Region, said in a clear, instructive interview on CBC Radio on Tuesday. In a Globe and Mail editorial, Nicole Pietsch of the Ontario Coalition of Rape Crisis Centres explained that many women stay with an abuser out of self-doubt, a sense of responsibility for an abuser’s action and a sense that the relationship itself is “redeemable.” “If I could fix it, then I wouldn’t have to feel bad about what happened” tweeted the journalist Anna Fitzpatrick in characterization of one of her own past relationships—one of many examples on the part of observers (both female and male) offering up personal experience as a way to demonstrate why the women’s testimony might not be contradictory. The trial of Ghomeshi has not been limited to the facts and evidence in court. In a way, many of us have voluntarily taken the stand.

What many of us have been coming to terms with—and perhaps admitting to ourselves—is that the line between playing the victim in an abusive relationship and displaying the fabled “love of a good woman” may be indeterminate. When I heard the testimony of the witnesses last Friday, I thought—with a sense of horror—that I might well have done the same. I already have. It is what once led me, as a young journalist, to be extra nice to a senior colleague for years out of fear of the retaliation (personal and professional) he might take after I spurned his advances. It’s why I stayed with one ex who would yell so much I feared and hoped the neighbours would bring the police. Any relationship has a certain amount of give-and-take; at times I held the belief that with time and effort, I might be able to heal my partner. A man I was recently dating liked to pull my hair. I hadn’t said anything much because it was early. I hoped I could talk him out of it.

A few years ago, across a wide range of publications, from the mainstream to the scientific, there appeared an explanation of a phenomenon called the Instinctive Drowning Response. While the stereotypical drowning person is expected to thrash about wildly, calling for help, they often actually slip calmly beneath the surface in full view of the people on shore: “It does not look like most people expect. There is very little splashing, no waving, and no yelling or calls for help,” explained a writer for Slate in a story called, “Drowning doesn’t look like drowning.” There’s an analogy to the evidence brought forward by the defense in last week’s Ghomeshi trial: Abuse doesn’t look like “abuse.” There are times when, on the surface (to the victim, and people around her) it can look a lot like love.

As of today, the accused is still on trial; we await a verdict, and, if guilty, a sentence. The full implications of this trial remain to be seen. Twenty-one years after the OJ Simpson trial, American Crime Story: The People vs. O.J. Simpson, a new docudrama dedicated to replaying the events around the murder of Nicole Brown Simpson, more or less takes as an implicit assumption the former athlete’s guilt. Twenty years from now, what do we want to have learned from the story of Jian Ghomeshi?

It is to be hoped that, for anyone watching, the experience of going to the police or taking the stand in future will be doing so from a position of better preparedness than that of the three women we just saw, excoriated. It is also to be hoped that there will be more of us, that we can get the rate of sexual assault victims who go to the police above 10 percent—the current rate of reported sexual assaults.

If nothing else, the way we discuss assault—with each other, and with ourselves—has already begun to evolve. “The conversation has changed. Nothing will change that,” wrote a Facebook friend this morning, and I and everyone who saw it understood what he was talking about, without further explanation. As another friend wrote to me, in consolation, “A whole generation of young women are absorbing the lessons of this trial.” And while I can’t tell you what it can do for society, I can tell you what it has done for me. In the days immediately following the trial, I went to the man who has been pulling my hair, and broke up with him.

Jessica Johnson (@ejessicajohnson) is the editor-in-chief of The Walrus.
Chloe Cushman

Chloe Cushman (@ChloeCushman) works as an illustrator and visual journalist for the National Post.