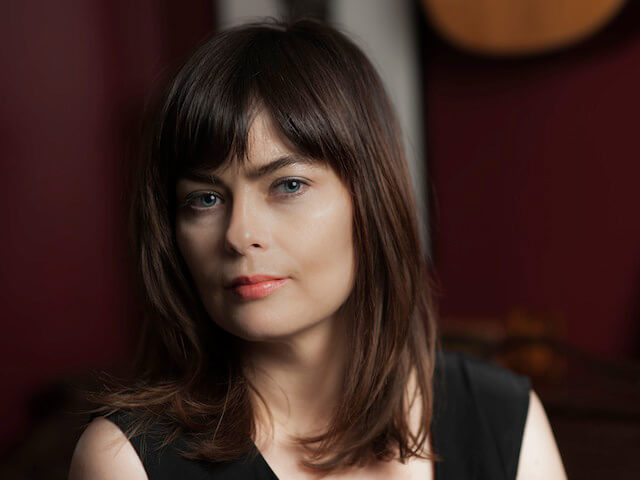 Since my first book of poetry came out in 2009, I’ve learned that people are fascinated by the relationship between poetry and money. I get asked point-blank by strangers how much I make, and what I do to make it. The thing about poets is that they often don’t have a day job. To survive, many of us need five day jobs. As long as I’ve been writing, I’ve been juggling a lot of gigs within the literary community. The best part about being so busy is that my head is filled with interesting voices. Of course, hearing all of those voices is also the hardest part. Now that I’m working a new book that requires my full attention, I need to carve out a little quiet, even if it’s temporary. As a result, I’ve decided reluctantly to leave my post as poetry editor of The Walrus.

The tension between my own writing and my professional obligations has been with me from the start. When I was a little girl, I loved books, but it never occurred to me I could become a writer. What I remember is how impressed my family was whenever I spotted the occasional mistake in historical plaques or newspaper headlines. “Maybe you could be a proofreader when you grow up!” my mother and grandmother cooed. I was surely the only eight-year-old in my neighbourhood to puff with pride while imagining a future of fixing sentences rather than writing them.

My first publishing job was at Poetry Magazine in 1997, where I served as an assistant editor for the last three years of the twentieth century. For those familiar with this Chicago literary journal, I should point out that I left before Ruth Lilly, the heir to her family’s pharmaceutical fortune, famously gave the mag a bequest of assets reported to be worth, at the time, around 200 million (US). When I worked there, my salary kept my head just above poverty level. There were three of us tending to the magazine’s content, plus one person overseeing circulation, and another managing the office. We were headquartered in a couple of small rooms off the stacks in the Newberry Library. The senior editor and I read all of the submissions—it was estimated that we received about 100,000 a year. You couldn’t move an inch in that office without tripping over a plastic mail-bin overflowing with manila envelopes. I didn’t have an email address.

I strove to maintain gender parity, but it was more work than it should have been. The cliché is true: men submit more often and are more likely to submit again after a rejection.

At the time, I was an aspiring poet in my twenties. I felt like I’d fallen ass-backwards into my dream job and feared I’d be found out as a fraud. A couple times my boss would test me, throwing two versions of the same poem on my desk, after poets had sent in revisions. “Which one is better?” he’d ask. Both times I got it “right” (once the revision was better, another time it was the original). Still, I was deeply insecure. The trustees scared me. My boss stomped around swearing about poets—“women poets” especially. On the one hand, I got to meet and correspond directly with poets I had studied at university—among them, W. S. Merwin, Lawrence Ferlinghetti, and Kenneth Koch. It was an incredible education. But I nearly lost the ability to read for pleasure, and I definitely lost the courage to write. I stopped going to poetry readings because the minute people found out where I worked, they’d asked if they could send me their poems. Instead, I spent more time seeing bands in small clubs. At some point, I discovered a hidden nap room off the women’s bathroom upstairs and I made liberal use of it.

When I moved to New York City in 2000, I looked for a job that I “didn’t care about” and found it at a relatively new magazine named CosmoGIRL! That exclamation mark is part of the title, and it was one of the things I policed in my role there as copy chief. (Though GIRL! was all-caps in running text, it appeared written in lipstick on the cover.) In Chicago I had been spending most of my nights hanging around the city’s independent music scene, but now I spent most of my days making sure that references to NSYNC and blink-182 followed our style guide. My hope was that the job would give me enough distance to find my way back into my own writing. And it definitely gave me distance, but I was too exhausted to write after work. It was not unusual for me to put in sixty to eighty hours per week.

The job was a bad fit in many ways, but I learned a lot about voice and sentence structure and the basic mechanics of making a big-budget magazine. I was shocked by how much time went into nailing the tone of a 600-word piece on fun things to do over Spring Break. My coworkers often cried in the bathroom stalls. At a development meeting, one of the senior editors told the mostly inexperienced staff of twenty-somethings that crying at work was unprofessional. I wondered if maybe we shouldn’t examine an atmosphere that drove people to tears, but the pressure was real, from the bottom to the top, despite the fact that the editors didn’t get a lot of respect outside what is called in New York magazine circles as “the pink ghetto.” I did, eventually, start writing again, and wrote the oldest poem in my first book during this time, about crying in the back of a cab as I made my way home from work one night in the wake of 9/11.

When I moved to Toronto in 2003, I was hired as the arts editor at the now-defunct Eye Weekly. After five years there learning how to churn out features, reviews, and interviews to tight deadlines, I stepped away from editing for a while to finish and publish my first book of poetry. When the money ran out, I had the great luck to land a job starting a poetry recitation contest for high school students for philanthropist Scott Griffin. Five years later when I came back part-time after my maternity leave, I found myself editing again, first in the role of poetry editor at House of Anansi Press and in 2015 as poetry editor at The Walrus.

Picking poems for The Walrus has been a great privilege. I was left to my own devices, and worked from home, so I wasn’t necessarily thinking about which poems might work best within the context of the magazine stories. I wanted readers to be surprised when they landed on the poems, and hoped that there were moments of delight, curiosity, even occasional resistance. When reading submissions, I listened for a voice that sounded singular. A little imperfection didn’t bother me, if I felt like the poem was doing something different.

I’m sure I made mistakes, especially in some of the poems I let go. But during my short tenure, I’m happy to have introduced poets like Leanne Simpson and Hoa Nguyen into the magazine, who both sent me work that struck me as individual and startling. I enjoyed pairing different aesthetics together and hope that I gave readers some exciting surprises. I will admit that I consciously strove to maintain gender parity and that it was more work than it should have been. The cliché is true: men submit more often and are more likely to submit again after a rejection. Still, it was a thrill to discover younger voices, like Emma Healey (who contributed to the Waste Land Cover Band concept feature) and Bardia Sinaee (whose work will appear in early 2017). And it was an honour to open my inbox to find new work by established writers who I’d read but never met before, like Don Coles. Don and I had such a warm and spirited exchange over some minor punctuation questions I had about his poem that ran in the December issue that he invited me to lunch. One of my favourite things is making new friends through a shared interest in language, in how it works and what it can do.

While I have mixed feelings about leaving The Walrus, it’s a necessary move. Writers—especially poets—talk a lot about trying to balance work with writing. Karen Solie encourages her students to learn a trade. Plumbers are never out of work, she reasons, and the pay is better. Healey just read a hilarious and poignant essay at the Basement Revue—one of my other jobs is curating and co-hosting this annual live performance and podcast series—about the pain of trying to be an artist with a shitty day job. In some ways it can be even more dangerous when one’s work—staying close to language—starts to feel like alienated labour.

I am excited to see what approach the next poetry editor at The Walrus will take. While I’ve never been comfortable being seen as a gatekeeper, I think sharing your enthusiasms—to turn to someone and say “Look isn’t this interesting?”—is work of the highest order. In 2017, I’m looking forward to listening from a different corner of the room.