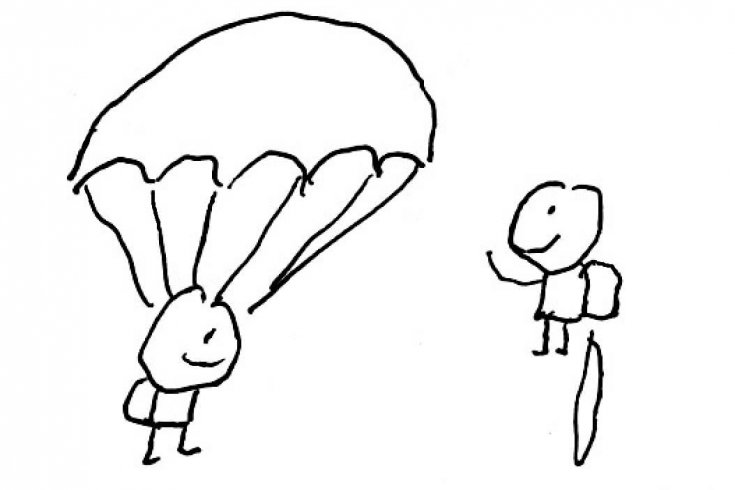 His father died in 1884 in one of the family’s
Somerset farmbuildings (a few years ago
I was allowed into the main house for
seven minutes and glimpsed what looked like
hundreds of photos on its walls, trapped faces
possibly anxious to speak; but we were
guided past, whisper-free), leaving him orphaned,
which sounds like the start of a novel
Dickens thought better of. The very next day
an uncle arrived post-haste from a nearby county
and, sitting in his freshly dead brother-in-law’s
armchair and, at a guess, breathing hard, asked
the twelve-year-old where in the distant empire
he would choose to live. The kid remembered
thinking, South Africa, Australia . . . but saying,
instead, having to his own surprise glimpsed
snow falling and Mounties cantering,
“Canada, sir.” What this got him was a one-way
Portsmouth-to-Halifax ticket, a five-pound note
folded four times to fit his wallet, and
an ornately pronounced ‘bon voyage.’

The story, on second thought, would have been
better told by Arnold Bennett , who even though
Virginia Woolf tended to speak patronizingly of him,
wrote a beautiful thing called Clayhanger
about a kid of Edward’s approximate age, although
this second kid was never in anything like the same kind of
fix. What I’m saying is that Bennett’s kid never saw
what Edward saw, namely an ocean that was all
he could see day after day for fourteen days and which
wiped every other kind of sight from his eyes.

My point in dangling all those writers’ names is this:
Edward James Coles, en route to Canada and a town
called Woodstock where he would, one day,
when he’d gotten over being a kid, be known along
all of that town’s several hundred streets as ‘E.J.’,
owner and founder of the town’s three-storied
shopping centre, never read a book, so he wouldn’t
ever have been even tempted towards either the local
library or the nearby book-and-birthday-card shop
during his daily strolls along the town’s main street,
and wouldn’t have so much as part-lifted an eyebrow
at any suggestion that there might someday be
a connection, even if far-off and fated, between himself
and some writer, some biding-his-time scribbler
with no understanding at all of real life, of
the serious and substantial sort of people who
twice a day, many of them, coming and going
to and from work, would walk past his premises
and would regularly, or often, pause
to gaze into those windows and ponder
could they afford this or just-arrived that,
for instance the mostly black (but notice
its plated-silver embossments) stove or those
armfuls of fresh-stacked towels right beside
the blankets where it made sense for them to be,
and close also to many another thing cowering
beneath the large-print reminder of its
reduced worth as compared with last week’s price.

Back there between the towering white-capped rollers,
which the little boy watched for practically the whole day,
hour after hour through all those fourteen days,
waiting for Canada to start, and thinking thoughts
that might even now still be out there and
still be glimpsed just above the waves if you
happened to look at the right wave at the exact
same time of day that he had looked,
those arriving and rising and cresting waters
that had come so close to him on so many of those
days, aiming themselves, it often seemed, right at
the piece of deck where he had chosen to stand—

—Between those waves and the time, a longish
while after them, when the little boy who had
become ‘E.J.’ was taking part in another and
in some ways more desirable ceremony—
I’m thinking now of the walk that he would
without fail enter upon at seven a.m. every morning,
arriving ten minutes later at the town’s earliest-alight
shave-and-a-haircut establishment to be greeted
by the proprietor himself with, already in hand,
a very especially comforting square of white cloth,
which, being now at the exact apex of its
jointly-discussed-and-decided-upon degree of warmth,
would be delicately but confidently placed
upon his vulnerable, just the once each day,
upturned face—

Part Two may follow. Whether it does
or not, the perfected descent of that
white and welcoming
warmth is in this way
prolonged.

Don Coles is the author of eleven books of poetry, the most recent of which is A Serious Call (2015).