Why Is Joseph Boyden’s Indigenous Identity Being Questioned? | The Walrus
Skip to content 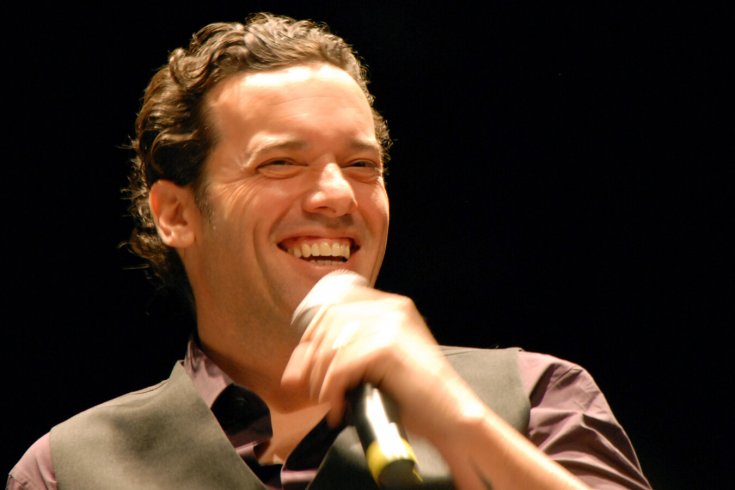 In 1859, the Commonwealth of Massachusetts mandated one John Milton Earle “to examine into the condition of all Indians and the descendants of Indians domiciled in this Commonwealth”—including “the social and political condition of such persons,” and their “economic state.” Two years later, Earle submitted his report, a fascinating document that shows just how difficult it can be to know anyone’s exact genealogy—whether in 1861, or 2016.

Earle found that the dictates of employment caused male “Indians” (as he called them) to be “drawn away from home, and are often absent for years at a time, frequently without their friends knowing where they are.” Many of the women, too, “frequently remove from place to place, keeping up no correspondence with those they have left; till at last their place of residence ceases to be known to their friends, and all trace of them is lost.”

Earle’s report is more than a century and a half old. But it is worth reviewing in light of recent accusations against acclaimed Canadian author Joseph Boyden, who describes his bloodline as including Nipmuc and Ojibway elements. For generations, both the Canadian government and Indigenous band councils have created bureaucracies that carefully track citizens’ official membership in Indigenous communities—be they First Nations, Inuit, or Métis—according to genealogical criteria. But Earle’s report reminds us that this was not the reality of nineteenth-century New England, where Boyden’s Nipmuc ancestors would have lived.

Conducting his survey of Indian groups in Massachusetts, Earle found a “very large number scattered in various parts of the State, who have no organization, no central point, no records, and common bond of union, whose descent itself is unknown, even to themselves, except by the tradition that they are Indians, confirmed by their physical characteristics, and frequently where these characteristics have been so effaced by admixture with other races that they are not recognized as Indians, by the people among whom they dwell.”

This might help explain why Boyden himself has given a less-than-exact description of his Indigenous ancestry—even as he has claimed the mantle of First Nations author, and been classified as such by CanLit typologists. On Thursday, First Nations writer Robert Jago summarized some of Boyden’s seemingly contradictory claims on Twitter, following which Jorge Barrera of APTN produced a lengthy report on the same subject, which elicited this somewhat vague response from Boyden: “Over the last few decades I, along with some siblings, have explored my family’s heritage. We’ve uncovered and traced a fascinating and personal genealogy, a genealogy often whitewashed of our Indigenous ancestry due to the destructive influences of colonialism…. While the majority of my blood comes from Europe and the Celtic region, there is Nipmuc ancestry on my father’s side, and [Ojibway] ancestry on my mother’s.”

I am privy to no special knowledge of Joseph Boyden’s ancestors. But Earle’s 1861 report (which is referenced heavily in APTN’s exhaustively researched article) explains why Boyden finds it necessary to rely on his family’s oral history. If Earle found it near-impossible to tell Indian from non-Indian when Abraham Lincoln was President, imagine how much more difficult it is to parse that pre-Civil War ancestry in the age of Obama and Trump. Indeed, it is precisely because written records are so scarce in regard to much of this continent’s aboriginal history that Indigenous litigants have lobbied (with some success) to have their oral history treated on par with written evidence.

Of course, the English tended to keep quite meticulous ancestral records. This includes the material related to Thomas Boyden, who came to the Plymouth Colony of Massachusetts, from England, in 1634. As the APTN article notes, his family tree is sketched out in a publicly available 1901 book entitled Thomas Boyden and His Descendants. But even here, the record seems to be deficient.

By a coincidence, I attended university with another (less famous) Boyden, whose family members spent some time poring over Thomas Boyden and His Descendants, and conducting their own research. “The Boyden book is helpful, but probably overstates its comprehensiveness,” says Bruce Boyden, who now teaches at Marquette University Law School in Milwaukee, Wisconsin. “There seem to be southern Boydens [that] it doesn’t cover. Also, it’s written by a bunch of Boston blue-bloods—and I doubt they would have played up any Native American heritage.”

For anyone following Boyden’s career from the start, this reckoning has been a long time coming. The controversy has exposed what, for many years, has been a growing disquiet among Indigenous writers about the kind of novels Boyden writes, with complaints that he traffics in stereotypical portrayals of First Nations men and women. It’s hard not to see the pressure put on him to confirm his Indigenous heritage as being partly motivated by suspicion at his success in connecting with non-Indigenous communities. There is anger that Boyden may have enriched himself with awards and opportunities earmarked for “real” Indigenous people. Worse, that he has cannily crafted a role as a Native writer for the betterment of his career—or, as one commenter put it on Twitter, he “willingly stole a lot of attention that other ‘minority’ writers richly deserve.”

Yet, as I was reading Earle’s report, the bizarre thought struck me that this nineteenth-century writer seemed, in some ways, more progressive, and more realistic about the multiracial human animal, than Boyden’s own critics. Consider this passage from Earle: “When it is considered that the intermixture, both with the whites and the blacks, commenced more than two hundred years ago, and that, in the course of ten or twelve generations, there has been an opportunity, from intermarriages among themselves, for the foreign blood early introduced to permeate the whole mass … it would be a marvel indeed, if any Indian of the pure native race remained.”

It has been almost 400 years since Thomas Boyden left Ipswich, Suffolk County, England. Are we truly to believe that in the many generations that have passed since then, there wasn’t a drop of Indigenous blood introduced into the headstreams of Joseph Boyden’s bloodline—even if Puritans preferred to omit it from official church records? That would be a “marvel indeed.”

Thankfully, a few Indigenous peoples seem to have taken a more realistic view toward these issues. “Going back to traditional times, Indigenous membership in Indigenous nations has always been a multifaceted thing that can include blood, but also adoption,” says Wab Kinew, a broadcaster-turned-politician who descends from the Onigaming First Nation in northern Ontario.

“It can include being brought into the community in ceremonial ways,” he told APTN. “On the one hand you want to have a way to ensure authenticity. On the other hand, if we have a culture police, identity police, we risk losing many people who should be part of our community and do so in a way that isn’t consistent with Indigenous tradition.”

Cheam First Nation Chief Ernie Crey’s response is more pointed: if, he says, “the dust-up over the heritage of Joseph Boyden continues, we’ll all end up in a DNA lab.” Perhaps this campaign against Boyden was inevitable in the age of Twitter—a social-media tool that increasingly has become dominated by civil wars within activist communities, with one faction accusing the other of counterfeit status. But it still carries a bad odour—even if we may fairly assume that Jago and Berrera are proceeding from sound journalistic motives. An attack upon a man’s racial composition is never an entirely benign exercise.