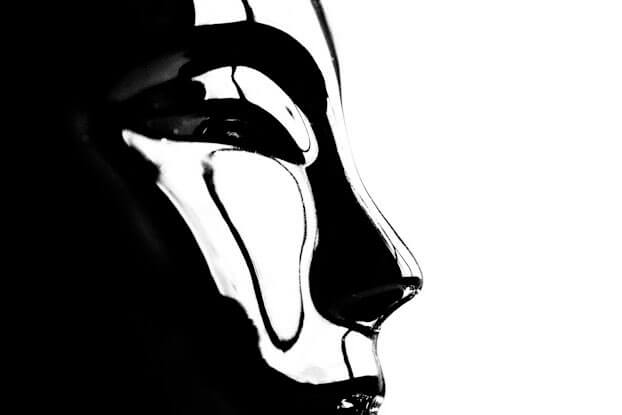 A few weeks ago, I drove from Toronto to Ottawa with Desmond Cole—writer, radio host, social-justice critic—in the back seat. Around Cobourg, we got into an argument about Uber and the taxi industry. By the time we passed Belleville, he told me that when the revolution came, I was the first one he planned on lining up against the wall. Because, as he said, in the new world he wished to build, there’s no room for capitalist pigs like me who favour “disruption” over human livelihood.

As bizarre as it was to have my life threatened by an anarchist socialist hitching a free ride in the back of my vehicle, that exchange barely holds a candle to Jonathan Kay’s latest ode to the dangers of political correctness.

After Kerry Gold’s scathing report on the Vancouver real estate market—a market inflated by foreign investors that’s out of proportion to the incomes of residents—Kay ventured that the one man who could have prevented all of this, Vancouver mayor Gregor Robertson, was hamstrung by a fear of sounding racist. So we’re now at the point where, in addition to falling birth rates, urban crime, and the rise of ISIS in Europe, the eldritch curse of political correctness has just claimed Vancouver’s real estate market.

For the better part of the last twenty years, the noxious fumes of the conversation on political correctness have wafted through every lecture hall, newsroom, and radio studio. It’s long past time we opened the windows and let it go. The matter is most often raised by white, male thinkers like Kay (and his American comrade-in-arms, Jonathan Chait), using the flimsiest of anecdotes and connections on which to draw conclusions.

Kay believes that political correctness causes the “left” to skip concrete problems afflicting the poor, and that they instead focus on insipid social media chit-chat about who said what thing that could possibly be construed as racist, sexist, or homophobic. For his part, Chait believes the resurgence of political correctness is corroding the campus atmosphere, bending important conversations towards the belief that men are garbage and have nothing to contribute to society.

Occasionally, a person of colour will wade into the muck. Enter former BC premier and nascent blogger, Ujjal Dosanjh. In a controversial entry picked up by the National Post, Dosanjh cited criticism of Andy Yan’s study as proof that political correctness, particularly the kind that disenfranchises white men from important social conversations, detracts from the greater discourse on the plague of Mandarin-only strata-council meetings, skyrocketing real-estate prices, and whether Syrian refugees are sheltering terrorists in their ranks.

This is, all of it, absurd. To accept the premise that political correctness is stifling speech, we would first have to accept that Kay, Chait, and Dosanjh are lonely voices in the dark, without the platform or the latitude to speak their minds openly. And yet barely a week goes by without a televised panel featuring Kay playing the grinning contrarian. Chait still seems to be gainfully employed in spite of the chokehold applied to journalism by political correctness in media. And when Dosanjh’s post went viral, he spent the following week featured on radio stations across Canada, giving country to the white men long deprived of their rightful place in social dialogue.

Through all of this, there’s an essential question that goes unasked. Precisely who is this “left” that Kay is talking about? Is it the left that believes in dismantling white privilege and patriarchy? Is it the left that believes in the end of colonialism and returning land to Indigenous Canadians? The one that believes in eradicating poverty through fair wages and stronger social systems, or the one that advocates for dismantling capitalism altogether? And what world does Kay live in, where he believes all of them have laid their earthly concerns to rest in order to argue over who is or is not a bigot?

In his article, Kay points to social media accounts he follows, as well as Walrus submissions, as the source of his argument. But compared to the broader population of writers and activists, this is an exceedingly small sample from which to draw such a broad conclusion.

For those of us who exist outside of his sphere—especially those of us who are racialized—the mere fact that we discuss race, gender, and other identity-related issues causes us to be chewed into the bolus of “the left” regardless of our personal ideologies. Cole, for example, is rightly described as a leftist due to his progressive economic and social views: he believes in taxing the rich heavily, strong social safety nets, drastic increases in the minimum wage, and protecting labour rights.

But I have also been called a leftist, a progressive, and even a communist for speaking up on race, inequality, and white supremacy. Cole and I have almost nothing in common ideologically—remember, I’m the capitalist swine who will not survive the revolution—but we’re viewed almost interchangeably. We’re asked by the same editors to write the same kinds of articles, invited by the same producers and organizers to appear on the same panels.

The only thing we truly have in common is that we write and speak candidly about race. Desmond is a progressive activist who spent years doing anti-poverty work. I’m a financial professional who made a living advising the wealthy. In a just world, the two of us should be ideological enemies. But we arrived at our leftist credentials by way of our blackness. For the most part, that’s all the space we’re allotted to write and speak on.

This is the sad, reductive cost of these conversations about “political correctness.” What’s really being asked is to accept class as the sine qua non of identity politics, and to shut up already about race, sexual preference, gender identity, and other conversations that either exclude or indict straight white men. By diminishing the importance of identity issues as “political correctness,” Kay implies those of us who wish to enter those spaces, to be taken seriously in other areas, must publicly divest ourselves of our identities. Because, as he’s written previously, “the most important kind of diversity is the kind you can’t measure with the naked eye.” Kay isn’t just wrong here; he is out of line. We in the so-called “left” are indeed having these conversations. But many of us, due to the way our identities are perceived and our issues so quickly dismissed, aren’t able to have them in media spaces. That’s a terrible shame. I’d much rather tear apart Desmond Cole’s ideas in print than from the driver’s seat.