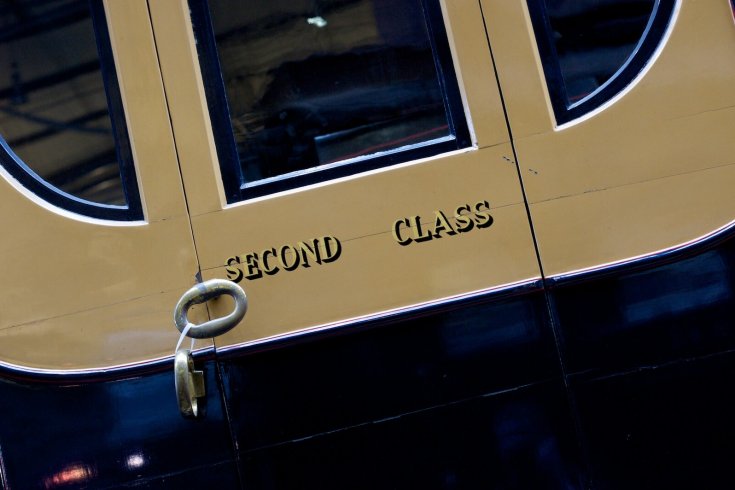 Even before he won last month’s election, Justin Trudeau promised Canadians that his inaugural cabinet would feature at least as many women as men. Some opponents viewed this gender-equity pledge as a stunt aimed at female voters. But it’s entirely consistent with the progressive take on gender issues that Trudeau has exhibited since his college years.

Trudeau will be the first Canadian prime minister who came of age during the modern era of identity politics. As a young man at McGill in the early 1990s, in the wake of an infamous sex scandal at Zeta Psi fraternity, he was one of the first male outreach volunteers to enlist with the university’s Sexual Assault Centre. (One of his tasks was to visit frat houses with female team members, role-playing scenarios involving consent. That sort of training is now common, but it wasn’t back then.) On abortion, he’s tweeted that “The days when old men get to decide what a woman does with her body are long gone,” and took the unusual step of declaring Liberal MPs must vote pro-choice on any related bills. Earlier this year, Trudeau even spoke out against the harassment of women in the video-game industry—not the sort of issue that usually hits the radar of a major party leader.

The Trudeau years likely will witness the national mainstreaming of many of the feminist causes that have suffused youth politics for three decades—including equal representation for women and minorities. And his ascension to power marks an important moment for Canadian progressives. But it’s also an opportunity to reflect on the question of whether “diversity” still means the same thing in 2015 as it did when Justin Trudeau was an undergraduate. While traditional metrics of racial and gender diversity remain important considerations when building a government or professional organization, I’d argue that the most profound schism in Canadian society isn’t skin colour, gender or sexual identity. It’s social class.

As an editor, I have the privilege of working with all sorts of interesting and influential Canadians. On paper, many of these people are “diverse”—men, women, black, white, straight, gay, trans, cis, Jew, Christian, Hindu, Muslim. Yet scratch the surface, and you find a remarkable sameness to our intellectual, cultural, and political elites, no matter what words they use to self identify. In most cases, they grow up middle-class or wealthier, attend the same good schools, and join the same high-value social networks. They have nice teeth because mom and dad pay for braces, and hit a nice forehand (or three iron) because mom and dad pay for lessons. They know the best patisseries in Paris, because of that epic backpacking trip between undergrad and law school. And as ambitious young adults, they feel okay about ditching the law-firm grind for a prominent life in politics, art, journalism or activism—because a wealthy parent or spouse is paying the mortgage.

We rightly worry about how many women, or blacks, or First Nations individuals are represented in public life. Yet that concern is rarely extended to people whose marginalization cannot be reduced to tidy demographic categories.

On Sunday night, after I touched on this theme during a CBC panel discussion devoted to Trudeau’s gender-equalized cabinet, I received a note from one Arlene Arlow of Keremeos, BC, summarizing some of her life experiences. I am reproducing it here, with Ms. Arlow’s permission, because it captures my argument (not to mention the complex intersection of class and gender) better than anything that I could write myself:

Thank you for your comments on The National this evening. I agree that Canada’s biggest social issue is class, not gender. My roots are extremely humble: I grew up on a mixed grain and cattle farm in Alberta, and in our community, ours was one of the families that went without anything beyond the bare essentials. My parents retired in reasonable comfort. I do not expect to retire because I don’t expect I will ever afford it. In that regard, I will not enjoy the same financial wellness of my parents. I struggle constantly to make ends meet. I have worked through mental illness and years ago I declared bankruptcy due to bad personal choices coming out of an abusive marriage. I have wealthy acquaintances, but my closest friends are at or slightly above the poverty line. Currently, I am a self-employed bookkeeper, author, part-time adult education teacher, and municipal politician. I never had kids because I sensed I would not be able to provide for them. I graduated from a one-year Secretarial Arts program at the Northern Institute of Technology in 1992 thanks to a seat made available while I was on EI. Being a female has prevented me from getting jobs over the years, especially in the 1970s and 1980s. I tried getting a Train Conductor job with CN in 1978 straight out of high school: I was told at the CN offices in Edmonton that CN doesn’t have washrooms for women on their freight trains, and that I needn’t apply. In the 1980s I tried getting a job as a labourer with a moving company: I was told they didn’t hire women because “women can flip their ovaries.” Then again, I have also had jobs that were dominated by men: roofing, construction, security, and most recently, politics, to name a few. Throughout my thirty-seven years as an independent, self-sufficient adult, a lack of money has thwarted me far more than being a woman. I presume you live well above the poverty line. Good on ya’. [Thanks for being] able to see beyond your class.

There are millions of other stories like this across Canada, describing the unsentimental reality of people who fight hard, in relative obscurity, just to keep their head above water; and who don’t have the luxury of worrying about some of the more rarefied glass-ceiling controversies that get debated on Bay Street and in Ottawa.

From a “diversity” perspective, these Canadians represent the most underrepresented group in the country. Yet they’re largely invisible: While Ms. Arlow was very generous to end her letter the way she did, the truth is that I don’t really “see” beyond my class—except on those discrete occasions when I have the opportunity to go out and report on the world outside my professional and social bubble.

The advantage of focusing on racial and gender diversity is that these are demographic features one can see and measure at a glance. Which means it’s the kind of diversity that will easily earn a politician or CEO a reputation as an enlightened thinker. On the other hand, you could pass Ms. Arlow on the street, and never know anything about the way hard luck has denied her the opportunities that my privileged peers completely take for granted. Increasingly, the most important kind of diversity is the kind you can’t measure with the naked eye.