How One Painter Captures the Wonder of Ordinary Spaces | The Walrus
Skip to content
Window, 2017

The names of the paintings in Margaux Williamson’s most recent series are as low-key as their subjects—Table and Chair, Window, Living Room, Desk, Bed. In painting ordinary objects, the Toronto-based artist brings a focus to the spaces in and around our homes that usually make up the backgrounds of our lives. She animates everyday items with sweeping strokes of deep blue and brown, and her representations of flowery carpets, rough wooden surfaces, and shiny laptops hover somewhere between real and abstract.

In some ways, the collection is a departure from Williamson’s previous work, which depicts everything from the universe to overripe bananas to Scarlett Johansson. Her 2014 book, I Could See Everything, explores the idea of being able to see the entire world at a distance, whether from a mountaintop or through the internet. Conversely, “With these paintings,” she says, “it just felt like I landed on the ground and could only see what was in front of me.” Her new exhibition, Interiors, is set to be hosted at the McMichael Canadian Art Collection, a gallery in Kleinburg, Ontario. When asked about the name, she laughs. “I think it wasn’t until they titled the show Interiors that I was like, Oh!” The paintings had come together not by meticulous planning but with an intuitive desire to paint the ordinary—an impulse Williamson simply followed. “I didn’t realize I was just literally painting the things around me.”

Williamson modelled Table and Chair, one of the earliest works in the series, on the idea of a kitchen at night. Each time she revisited the canvas, she painted a new object as she saw it in that moment, not worrying about continuity or realism or planning her composition. She painted the table from her kitchen, the chair from someone else’s room, the black tiles from somewhere else. For a window, her initial instinct might have been to depict it looking out at the night sky. Instead, she brushed the darkest blues into the dappled wood of the table, imbuing the piece of furniture with the expansiveness we often look for through our windows. “The escape is not outside,” she says. “All of the depth and darkness and possibility of that beautiful abstract night had to be in the table.”

Although it was developed in a world before covid-19, the collection feels oddly prescient. In the early days, just after the virus was declared a pandemic, many Canadians who were able to began social distancing in their homes—and reevaluating their relationships with domestic life. But Williamson says she’s used to spending a lot of time indoors. As an artist, she’s always loved solitude and working alone. Through her art, living spaces offer the potential for us to indulge in the present. As our homes take on different meanings—kitchen counter becoming workplace, living room becoming classroom—Williamson’s art encourages us to imagine more. A dining table might become the night sky, and in confinement, the banal can be full of possibility.

Sophie Weiler is the former Cannonbury Fellow at The Walrus. 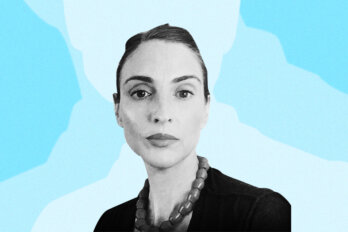 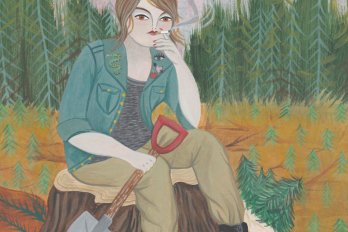 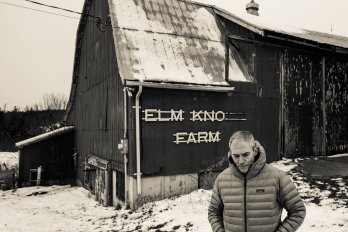