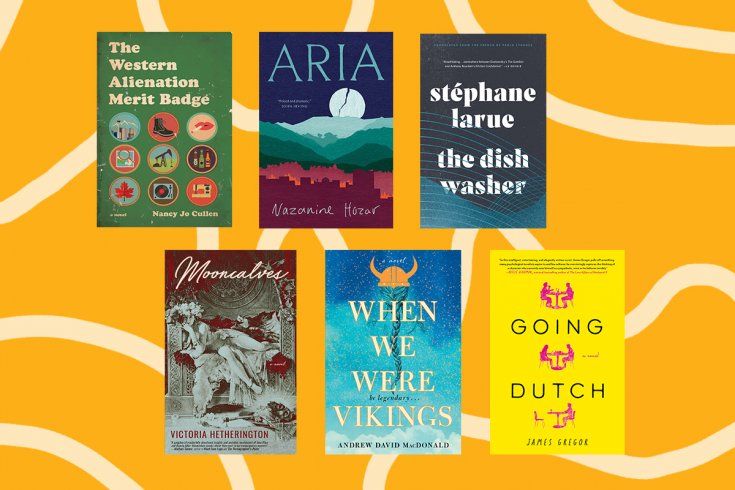 Writing fiction is an implicit act of hope: to first imagine and then build entire psyches, relationships and worlds where there were previously empty pockets of potential. In each of their debuts—all of which have arrived at an unquestionably massive inflection point in our collective history—the nominees for this year’s Amazon Canada First Novel Award have crafted their own stubborn magic out of the murk.

Their contributions to the existing canon include a man working as a dishwasher while navigating crippling addiction in an environment highly invested in appearances; a twenty-something Viking enthusiast hellbent on constructing her own personal legend; an orphan’s account of the Iranian revolution; a queer Bildungsroman blossoming within a nearly bankrupt family; an escort-cum-pickpocket-cum-cult escapee; and a complex romantic entanglement fitting for the nuances of the digital age.

While all of these tales hold their own inspired newness, the authors behind them have gleaned their something-from-nothing attitude from the works of past revolutionary writers. Here, they share the works and geniuses that have inspired them to imagine differently.

I’ve returned to Adrienne Rich’s work throughout the last thirty-some years of my adult life. I was introduced to her writing in my mid-twenties as I was awakening as a feminist, beginning to write poetry and plays, and thinking more rigorously about my position in life.

It was in reading Rich’s essays that I came across the idea of compulsory heterosexuality—specifically, in her essay “When We Dead Awaken: Writing as Re-Vision.” It was a “ka-blam” moment for me. Although it would be a few years more before I came out, I understood something about my life up to the point when I encountered her words. I took away from it that I could (and should) write about the world as I knew it; that I could and should write poems and stories that re-envisioned a world we were told was universal.

As I started writing seriously in the late 1980s and creating new works for theatre, Rich’s essays inspired me to centre a feminist perspective and to continue to interrogate my own thinking and privilege, as she did. I hope I’m still doing that in my work and my personal interactions.

There are many revolutionary writers who have inspired me in myriad ways—though, depending on what axis you choose to travel (plot, character, setting, prose style), you may get a different answer from me. One is Gustave Flaubert. I think of him because, when I read his novel Sentimental Education not too long ago, I was struck by how contemporary it felt. I thought, with only a few cosmetic changes, it could be published today. The style was laconic, pointed, and moved quickly. The scenes of urban decadence in the Paris of the July Monarchy would not have been out of place in any number of twenty-first-century international capitals.

James Wood once wrote that Flaubert is “the originator of the modern novel,” and that his influence is “too familiar to be visible.” He was the one who gave us the telling detail; the cool narrator who steps back, withholding judgement, descriptions that feel cinematic. Given that Flaubert did this in the mid-nineteenth century, it does make one wonder what we’ve done since. So the question—and the inspiration—is: How do we do it differently now? How do we push the boundaries of received style? These are questions that sit with me when I write.

Having lived through a revolution myself, when I think about a revolutionary, it is someone who is both of their time and beyond it. Toni Morrison passed away only recently, but I know she will be very much remembered years on, having influenced a lot of the younger and older people we see in the streets now fighting for their basic human rights.

One of the beautiful things about Morrison is the extraordinarily layered quality of her writing. She gave the African-American community back to themselves, in a way, through literature, allowing them to be seen in a way that reflects reality. Several of her books have been banned from schools because of their various brutal scenes, but I think they’re so necessary. They depict a reality that African Americans have lived through for hundreds of years.

She’s able to turn the most horrifying and violent of things beautiful. In the case of Beloved, it’s through the resilience of the characters, who resist the horrors of what they’re going through. To me, one of the most perfect books ever written is Song of Solomon. It’s geographical; it’s archeological; it’s historical; it’s religious. It traces family and human history through Black lives and how they can be chained to the orders of the past despite looking free. There is something very timeless about Morrison. Two hundred years from now, we’ll still be talking about her.

Lots of revolutionary writers had an effect on me as I was learning my craft. And every time it was a turning point, a truly meaningful encounter. I’m thinking of Emmanuel Carrère, Cormac McCarthy, Anne Hébert, Philip K. Dick, Maggie Nelson, Jean-François Vilar, Antoine Volodine, Annie Ernaux, Clive Barker, Neil Gaiman—all of them writers with very different practices and very different voices. That said, I think I’ve read all of Jorge Luis Borges’s works. I’m forever fascinated by his short stories, which I see as little gems; little puzzles of literary genius.

It struck me how Borges allowed himself to borrow so much from the junction of different genres while still creating very unique universes. It was as if these stories were the result of a long and rich conversation he had with different literary traditions. Borges showed me what I seek to do through reading and writing: to have a conversation with other writers, find new questions and new ways to see the world, and feed that back into my own work.

Along with Philip K. Dick, Ursula K. Le Guin revolutionized the way I thought about reading and the world around me. I grew up as a huge science fiction buff, so a lot of my early—and, consequently, most significant—influences come from that genre. But until I got into Le Guin’s work, I just kind of passively consumed novels. She was the first writer to really grab me by the collar and show me that entertaining writing can also challenge you to think more deeply. She never shied away from taking on [our] biggest questions—whether philosophical, political, or metaphysical.

In a practical sense, she set me on my path to becoming a writer by showing me how to be fearlessly inquisitive. One of her most notable and most popular works is The Left Hand of Darkness, which imagines—with the stunning insight of an anthropologist—an alien, genderless world so credible I could almost hear David Attenborough’s voice narrating it. Her Earthsea series is another doozy, and even her so-called “minor” works are so compelling that you need an hour per chapter to decompress.

Le Guin is a complete juggernaut as a writer, thinker, and challenger of received wisdom. Her willingness to be daring was a tremendous boon for me while I stumbled around, trying to figure this whole writing thing out for myself.

– Andrew David MacDonald, When We Were Vikings

Having discovered John Updike at way too young an age (like twelve) and devouring his Rabbit series, I was utterly seduced by the graphic sex and the hypnotic focus on the present. When I finished all the books, I realized it was Updike’s whole life—lightly fictionalized, epic in scope, and necessarily finite.

Yet, as a young queer girl, I felt completely shut out: anyone in his books who wasn’t a straight, white man was one-dimensional, hateful, or fetishized. Then a friend lent me Clarice Lispector’s first novel, Near to the Wild Heart, and it changed me forever. I’d never encountered such pain in writing before. Lispector had been writing books very much about her life throughout her entire life, twenty years before Updike even started, and is considered one of the first female authors to do so.

She had an awful life—marred by physical pain, her cancer kept a secret from her. But she asserted powerful agency through writing, and conveyed the horrors of living as an outsider, of aging, and of poverty through her incredibly embodied, stream-of-consciousness prose, which inspired me greatly. She was an outsider in Brazil, from Ukraine, from family and lovers, and we see these tragedies blossom through her beautiful, poetic worlds. She taught me not to shy away from the bleak, from ugly subjects, from “unlovable” women.

She was my first [revolutionary], and remains one of my favourites. 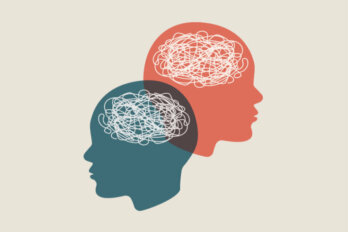 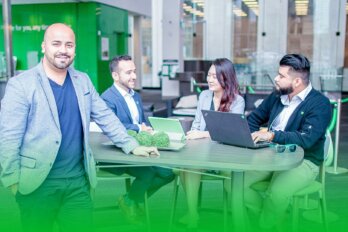 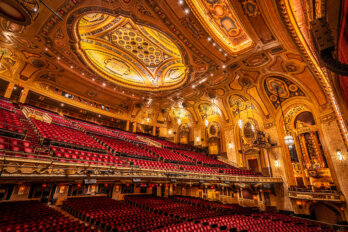