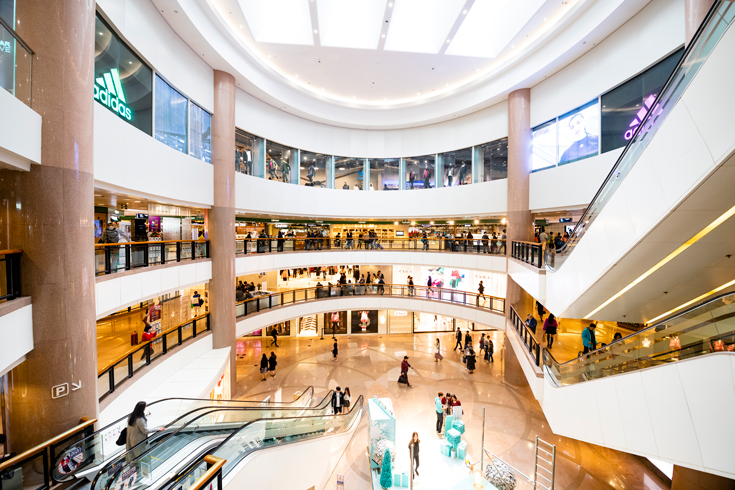 Within the next month, every province and territory in Canada had declared some form of emergency, with the pandemic turning main streets, malls, and office complexes into ghost towns. The Real Property Association of Canada, the industry association for the country’s biggest landlords, soon reported a huge wave of skipped rents. Thirty percent of community strip malls missed their payments in April; for enclosed malls, delinquencies reached 44 percent. About two months into the lockdown, nearly a quarter of members of the Canadian Federation of Independent Business, owners of small- and medium-size businesses across a number of sectors, told researchers they were worried they’d go out of business.

By mid-May, 28 percent of the surveyed members of Restaurants Canada, which represents 30,000 restaurants and food-service operations across the country, either said they were never reopening or predicted they would close unless conditions quickly improved. After rent came due on June 1, nearly half of the members of the Retail Council of Canada reported they had not been able to pay their rent at all; over a quarter of them said that landlords had threatened to either change their locks or formally evict them as tenants. “This is not a situation where we anticipate that 1,000 flowers will bloom in the retail space in the aftermath of COVID-19,” says Karl Littler, senior vice-president of public affairs at the Retail Council of Canada.

The pandemic isn’t responsible for all of it. In significant ways, the crisis has simply accelerated preexisting problems and trends. Some shopping centres and strip malls were already on the brink. With online shopping eating away at their margins, brick-and-mortar stores have for years tended to be the weakest sector of the commercial real estate market. But there’s also no doubt that countrywide stay-at-home orders have set off a chain reaction of lost revenue that will be working its way through the Canadian economy for years. Early casualties—downsizing global brands, like Victoria’s Secret; stalwart retailers, like Reitmans, seeking court protection; and shuttered popular restaurants, like Montreal’s Le Maizonneuve—are just a preview of the grim times that lie ahead for the retail market.

An interesting facet of commercial real estate in Canada is that many owners are institutional as opposed to private. These landlords not only take the form of public real estate companies and real estate investment trusts, or REITs—which allow anyone to invest in real estate like they would in stock—but also fund managers and life insurance companies. Among the biggest institutional owners are pension funds, which collect rent from thousands of businesses in multiple regions of the country, directing the proceeds into investments for teachers and other public-sector employees. The decisions they make, in other words, can affect the retirement plans of middle-income Canadians for decades to come. It’s one more reason institutional landlords can be obsessed with stability and are hungry for data that allows for long-term projections.

For years, those projections had been sunny. Now, COVID-19 threatens to make a joke of them. Some tenants, closed by government decree, are looking for rent relief, warning that they could go out of business and thus endanger the very stability institutional landlords depend on. Landlords have been weighing their options. In some cases, they’re worried about paying their own mortgages. In others, they’re worried about failing to deliver expected returns to investors. The sometimes delayed, sometimes aggressive messaging has caused many small-business owners to freak out.

“We’ve seen cases of demands for full rent even with businesses with zero revenue,” says Laura Jones, executive vice-president and chief strategic officer of the Canadian Federation of Independent Business. “The stress in those cases is through the stratosphere.” The landlord–tenant relationship can be prone to tension and mutual suspicion. A landlord might view tenant complaints as bad-faith efforts to bargain down the rent during the next lease negotiation. By and large, Jones says, landlords appreciate the gravity of the situation and are trying to be accommodating. But she has been surprised, at times, by the lack of empathy toward tenants. “There seems to be a coldness,” she says.

The vilification of landlords doesn’t sit well with Shawn Hamilton, senior vice-president and managing director with CBRE Ottawa, an office of the international real estate services company. “The landlord has been made out to be the heavy in all this,” he says, “but if you take it to its extreme”—referring to tenants’ inability to pay rent—“it could cause an entire recalibration of various pension systems and impact people’s ability to retire.”

The federal government’s Canada Emergency Commercial Rent Assistance (CECRA) program was meant to make it easier for landlords to grant rent relief; instead, it’s upped the acrimony. The deal sounds good: the feds would pay 50 percent of commercial rents on behalf of tenants who saw sales drop by 70 percent or more during the lockdown months. The tenant pays just 25 percent of rent, and the landlord provides a 25 percent discount, taking 75 percent of what they were owed. But some landlords immediately said they weren’t participating. In an April 29 bulletin, since revised, the law firm Gowling WLG recommended that “landlords not agree to rent relief that they would not be prepared to grant without financial assistance from the government.”

“It’s not that landlords don’t want to participate,” says Hamilton. “Given rules and contracts landlords have with lenders, they may be forbidden by their mortgage document to provide rent relief.” Commercial rental agreements are much less regulated and much more customized than residential leases, making them harder to amend. Since some landlords have thousands of tenants—some of whom paid all their rent during the lockdown, some of whom paid none—it’s a daunting task to investigate whether each of them is struggling. And, if they’re disqualified, who’s left holding the bag? Allowing a government initiative into an already unprecedented situation makes landlords nervous, and some would prefer to deal with it on their own terms.

“If a tenant is negotiating with the landlord in good faith, generally they’ll get a good response,” says John Duda, president of real estate management services in Canada for Colliers International, a global real estate services company. “If the tenant refuses to share any data to show they’re under duress, then I can almost guarantee that negotiation is going to shut down.”

Even as elected officials berate landlords to be more generous, Nova Scotia, Alberta, BC, Ontario, Saskatchewan, and Quebec have implemented or are in the process of implementing eviction bans to protect commercial tenants during the crisis. There are suspicions that some landlords may use the pandemic lockdown as an opportunity to rid themselves of problematic tenants or businesses they perceive as paying too little for their space.

Suspicions also run in the opposite direction, particularly toward large, well-established corporate tenants who claim to be struggling. “Within thirty days of shutting down, they can’t pay the rent?” wonders John Andrew, a professor in the Department of Geography and Planning at Queen’s University and director of executive seminars on corporate and investment real estate. “You have to take [some of what tenants] are saying with a grain of salt.”

But the crisis, in some cases, may be beyond the reach of negotiations. The culling of precarious restaurants and stores may end up looking like a blip compared to what the COVID-19 pandemic could do to the office real estate sector. Pre-pandemic, many Canadian companies were skeptical of the idea of employees working from home. The lockdown forced them to go all in—and, for some, it’s working out. Shopify, which has more than 5,000 employees in Canada, has announced its shift to a permanent work-from-home model. In the aftermath of the pandemic, “we could see a reduction of maybe 30 to 40 percent of people working downtown on any given day,” says David Scofield, a professor at Ryerson University’s Ted Rogers School of Management.

Fewer office workers would mean fewer people in downtown cores, which would be a further hit on downtown shops, restaurants, and entertainment venues. Over the long term, remote workers might be inclined to live in cheaper, farther-flung neighbourhoods and spend their leisure time closer to home. The downtown development boom that’s been reinventing Toronto, Montreal, and Vancouver might have finally met its match. “Why do I need to live downtown if I’m working from home anyway?” asks Scofield. Suburban sprawl, long a derogatory term, could seem like common sense.

Of course, it’s also possible that that scenario might not occur. Here’s some of the math landlords and tenants are currently doing: a typical office-space client these days rents about 130 square feet per employee. At close to $40 per square foot for Class A—or highest-quality—office space in Toronto, that’s $5,200 in net rent per employee per year. Have 100 employees work from home, and that’s more than a half million in annual savings. But what if social distancing becomes a long-term strategy against COVID-19 and other contagious diseases? Giving each remaining office worker six feet of distancing might mean that office footprints should remain the same. Maybe.

Persnickety landlords want answers to these questions about the future in order to figure out what to do about their currently floundering tenants. If things return to normal quickly, and if new businesses spring up from the ashes of the fallen, then playing the heavy makes more sense. If COVID-19 transforms the market for decades, then tolerating a few months of losses from existing tenants might seem more reasonable considering how many tenants—and possible future tenants—might vanish.

“From our perspective, it’s not going to be a landlord’s market, even as some mule-headedly push their tenants into unsustainable positions,” says Littler. “Landlords need to be thinking in flinty-eyed economic self-interest.” Which is to say: short-term pain for long-term gain. A tenant who can’t pay 100 percent of the rent is better than no tenant at all.

It may not be all bad for consumers, especially those who feel guilty shopping for deals from US retail giants like Amazon. The lockdown has forced many small- and medium-size Canadian businesses to do what some may have been putting off for years: sell online. It’s no surprise that Canadian e-commerce platform Shopify became the country’s most valuable public company in the middle of the economic shutdown. Consumers under lockdown have had no choice but to shop online; many of them have discovered they like it and will make a habit of it. Shopify’s gain will be main street’s loss. In fact, the big winner, so far, is the industrial real estate market, which is seeing increased demand for online-shopping distribution centres.

Decisions that will dramatically affect Canada’s economy have to be made right now, tenant by tenant, despite a dearth of information about what will happen next week, never mind next month. If bankruptcies continue, communities may lose the stores and restaurants that make them great places to live. And landlords may find themselves stuck with shuttered shopping malls that nobody wants to buy.