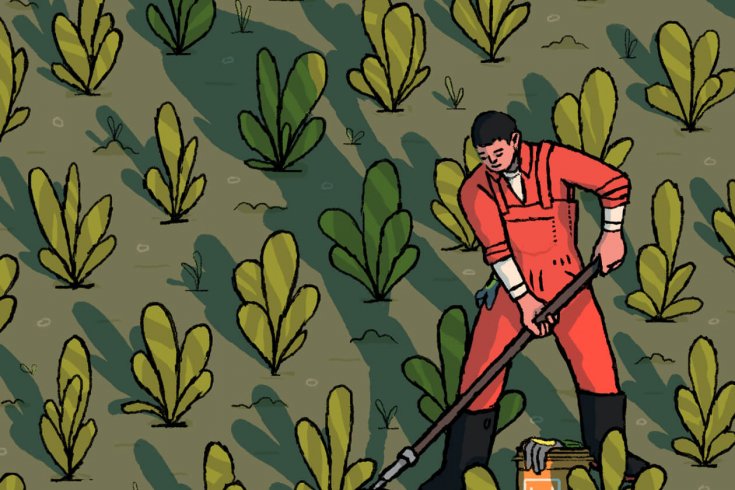 When Josh Garrick got out of jail in 2013, his options were limited. The twenty-six-year-old had a long criminal record dating back to his lucrative career as a drug dealer, when he pushed wholesale quantities of cocaine. But that wasn’t the kind of work experience interviewers were looking for—his resumé was blank and his employment prospects bleak.

Garrick was living in a transitional home when he landed an internship at Mariposa Farm near Ottawa. Going in, he was skeptical: Why break his back when he could make quick money running backroom poker games? But after five months spent working the fields and caring for the animals, he felt fulfilled. It was an ironic result for a man who’d spent his teen years trying to escape the isolation of his family’s own farm in Mount Hope, a rural area along the Ontario greenbelt.

Garrick returned to Mount Hope and took over the family land, branding it A New Leaf farm—a place for a fresh start. “The farm saved me,” he says.

The association of farms with prisoners and ex-convicts goes back a long way; in Canada, “prison farms” have been around as long as many of the correctional institutions themselves. When the Kingston Penitentiary, then known as the Provincial Penitentiary of the Province of Upper Canada, locked up its first inmates in 1835, agriculture offered a pragmatic way to cultivate food for prisoners. But it also satisfied the “earn your keep” mentality of the time—in the same tradition as plantations and labour camps. However, as the mandate of corrections shifted over the last 150 years, the theoretical basis for prison labour became less about punishing inmates and more about helping them change their ways through meaningful employment.

Six years ago, Canada began closing its prison farms. The Harper government complained that not enough inmates were finding jobs on farms after their release to justify the training program’s $3.1 million annual price tag. (Together, the six farms earned money by supplying surrounding institutions with fresh milk, eggs, meat, and produce—but they cost more to run than they made.)

Critics argued that the government had missed the point. It wasn’t about profit or churning out farmers. Rather, the program was about the development of general life skills: diligence, patience, and independence. The debate around it gets to the central question of how our prisons function: Do we want a system that punishes or rehabilitates?

The closure of the farms did not mean the end of prison labour in Canada. At Kingston’s Frontenac Institution, where the dairy equipment was dismantled and sold off under Harper’s direction, the barn was replaced with a laundry facility: inmates spend their days pushing buttons and sorting machine-folded clothing into piles. Of the 15,000 inmates in federal custody in 2012, 4,000 were employed at some point in manufacturing, textiles, services, or construction. But when the Ministry of Public Safety reviewed the prison system’s employment program, CORCAN, that same year, it found that the system as a whole—not just the farms—was failing to serve the needs of the labour market. In light of this, the decision to single out the farms for termination seems arbitrary.

Pat Kincaid, sixty-five, spent four and a half years working at the Frontenac Institution before it closed, cleaning barn stalls, milking cows, even helping birth calves. Until then, he’d been a career criminal, with a total of thirty-five years behind bars. But farming changed him, he says. He became softer, less angry. He had a reason to get up in the morning, and a reason to stay out of trouble. “I’ve been a good guy for seven years,” he says. “But it was the cows—swear to God, it was the cows that taught me.”

The public pays little attention to what goes on inside our prisons—few people know, for example, that wage-earning federal inmates went on strike in 2013 to protest a government cost-saving initiative that cut their modest salaries by 30 percent. (They hadn’t received a raise in thirty-two years and were being expected to pay for items such as soap and shampoo.) But the closure of the prison farms somehow hit a nerve. Farmers, scholars, activists, seniors, young families, and even Margaret Atwood all rallied to fight the closure of the 100-year-old farm in Kingston. And when Justin Trudeau’s Liberal government launched a feasibility study this past summer to investigate the possibility of reviving two Kingston-area prison farms, nearly 6,000 people responded to the associated online survey.

This community engagement presents a unique opportunity to push for a shift in Canada’s approach to corrections more generally, and to test whether the Liberals truly are committed to prison reform. The Conservatives weren’t wrong to question whether prison-farm programs align with local employment needs. Their mistake was in shutting the program down when they could have improved it.

We know our farms need workers. Canada relies on tens of thousands of migrant labourers each year—more than 40,000 are thought to have been brought in last year alone—to try to fill the low-skilled agriculture jobs locals won’t take. And we know inmates need jobs. Many are coming out of prison without adequate housing and employment. But studies have estimated that those who do come out to a job are almost four times less likely to reoffend.

What if outside farms like Garrick’s were incentivized—subsidized, even—to take on ex-cons like Kincaid? The program could be reimagined as a social enterprise, a transitional co-operative bridging incarceration and the real world.

The results of Canada’s prison farm program are difficult to quantify precisely—the government didn’t keep track of recidivism rates among participants. But similar initiatives elsewhere have demonstrably reduced the number of reoffenders. Rikers Island in New York has a greenhouse program that has made it possible for inmates to get landscaping jobs after their release. In Chicago, there are programs that teach ex-cons skills such as urban farming and beekeeping. And in the United Kingdom, there is a co-op model called Through the Gate that begins behind bars and provides employment opportunities and reintegration support as inmates transition back into the community.

Three years after his release from jail, Garrick is still living at his Mount Hope farm. He harbours a dream of turning it into a haven for those who, like him, are looking for a clean start. But this year was a dry one, difficult for business. He has had to sell off most of his livestock and has shifted his focus to gardening. Nevertheless, as soon as he can, he wants to bring on other workers, maybe start an internship program like the one he completed at the Mariposa Farm. An old trailer, set up to house future employees, sits empty at the edge of the property. “If I didn’t have the support coming out—and the farm was a huge part of that—I don’t know what I’d be doing today,” he says, looking out past it toward the fields.

Molly Hayes (@mollyhayes) is a reporter at the Hamilton Spectator. 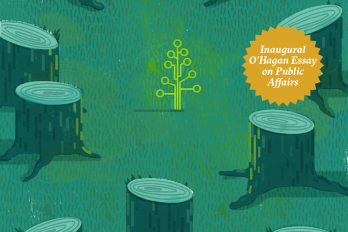