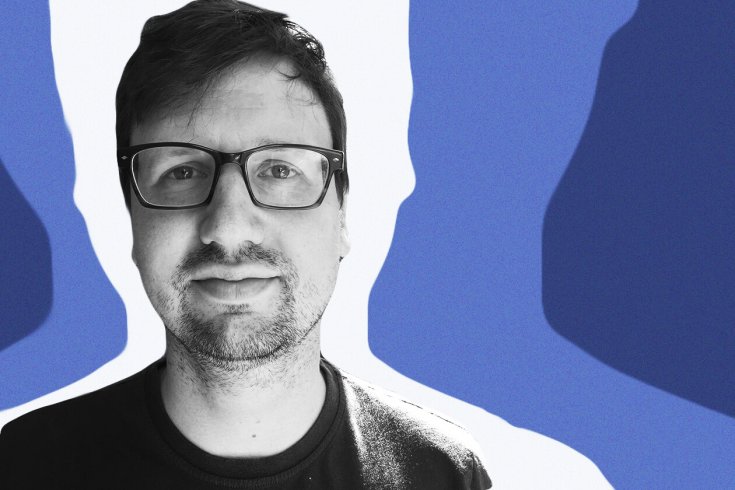 “Forgotten Work” is a book-length poem in heroic couplets. Parts of it take place in the year 2037. Teleportation is a thing. Smartpaint, too. (This wonder substance works like regular, latex-based paint, except it’s crawling with nanobots and can convert your drywall into a television.) By 2037, many writers and intellectuals have disappeared or been executed. Freestanding holographic Al Pacinos have replaced the Scarface posters in student dorms. As in our time, Taylor Swiftianism is the dominant school of critical thought.

In the following excerpt, our hero, Hubert, is watching Fellini’s 8 1/2 on the scuffed wall of his apartment. (His landlord never bothered priming the wall; the last tenant’s coat of smartpaint is still up.) Hubert is a frustrated English student who nurses some romantic ideas about art. He’s also a connoisseur of old, obscure works, like Peter Van Toorn’s book of poetry Mountain Tea. He still subscribes to print periodicals.

Hubert liked looking back. He’d waved off eye
Replacements; Hubert had a glasses guy
Who sourced assorted old-school gear for old
Souls and their skulls. Wearing frames was bold,
As quaint as whalebone corsets, hunting foxes,
iPhones, and those primitive Xboxes
That weren’t implanted but, instead, sat on
Your furniture. He loved the off-brand dawn
His window ran, recorded when the sun
Could still be seen. He loved such stuff as Fun
House, Horses, Astral Weeks, Fred Neil, Pet Sounds,
Thomas M. Disch’s essays, Ezra Pound’s
Translations, Orson Welles as Harry Lime
(The Third Man), poetry that dares to rhyme,
The books of Paula Fox, the bass of Carol
Kaye, that moment when the poet Daryl
Hine compares some “love-disordered linen”
To “brackish water.” Hubert longed for hymns in
Churches, first editions, artisanal walks
(He wouldn’t teleport). He thought Talk Talk’s
Spirit of Eden music’s apex; Toto
Its nadir.
On the mailpad, MOJO
Materialized. (The mail beamed in at night.)
“Pause.” The wall became a black-and-white
Still: Fellini’s hero’s face in doubt.
(One eye, where paint had chipped, appeared burned out.)
Hubert watched his mag, like Star Trek sand,
Take shimmering shape, then touched it with a hand
Still warm.
There was the standard MOJO mix
Of articles, reviews, and concert pics.
There also was an obit for Oasis;
The aging rockers had fused and perished, faces
Picassoed, mop tops mixed—a teleporter
Mishap while on tour. One reporter,
Who’d glimpsed the cubist mess, could not refrain
From wit: the band’s two stars now shared one brain,
Which was ironic; Liam and Noel, rock gods
And warring brothers, spent their lives at odds.
But now their hearts, once split in two, were one
Big mash-up of a muscle in a ton
Of flesh—the band’s last huddle.
Noel’s song “Slide
Away” began to play; Hubert subscribed
To MOJOplus, the upper price point MOJO
On PixiePaper. If you tapped a photo,
It might unfreeze, become a talking head
Voice-overing some footage. If you read
About a song, the page might start to play
Its chords. (That said, the reader had no say
In when an article might start to ripple
Into a pint of Stella, nor when stipples
That point out faces next to author bylines
Might swarm like filings into ads for airlines.
On PixiePaper, type, no longer black
And fixed, could stretch, divide, and re-form back
Into whatever; pics could puddle and blend
Like Rorschach blots set loose.)
Towards the end
Of every MOJO was the “Buried Treasure”
Essay. This one-page feature took the measure
Of some obscure recording time forgot
To, well, forget, or scrub from human thought:
The sort of record that was out of print
Or went for quite a lot when sold as “mint.”
And it was this page, in the June edition,
That seemed, to Hubert, something like a vision.

The subject of the essay was the one
And only single by a band whose run
Had not been long (it lasted, like, six years)
But should’ve yielded more. What looked like tears
Began to streak the page; the beads that form
On sweating cans of Coke began to storm
The paper. Hubert shook the mag, which closed
The ad (though some ads couldn’t be opposed
And ran full length). He turned back to the text
And read some more—and found himself perplexed.
The photo of the band, when Hubert tapped
It, failed to move, as if the men were trapped
Inside. Was there no video or sample
Track? He read on, lest some lion trample
The text into a logo for a zoo
Or jungle travel package—read on through
In awe.
They formed around 2007,
Three decades back, when Montréal was heaven,
And not a crater. They’d struggled with their name,
Had gone by: Lout, Pale Lout, Pale Fire, Pale Flame,
Then landed on the one: Mountain Tea,
Hubert’s favourite work of poetry!
(It seemed James Gordon, MT’s founder, adored
The book.)
The band’s debut, “The Dead,” floored
Reviewers. Over double bass and strummed
Guitar, as choral cowboy voices hummed
Spaghetti-Western style, the singer read
A list of lost, neglected bands in dead-
Pan: “Felt.” Pause. “Plush.” Pause—each pause
punctuated
By piano chord. The choir abated,
The singer, Dennis Byrne, now singing—crying—
“Remember,” backed by cellos. (Hubert kept trying
The photo. Nothing, not one note, would play.)
The B-side to this single, “Yesterday,”
Wasn’t a cover of the Beatles hit,
But dared to spirit off the name and spit
On propriety. It sounded like old field
Recording gear—the tech a man might wield
When mingling with folk cultures—had got down
On tape some faraway, primeval sound,
Carbonated with the hiss and pop
That signifies the past. A horse’s clop,
Produced with legs chopped off a thoroughbred—
Or so the song’s percussionist had led
The essay to enthuse—clip-clopped along,
While Gordon, singing just on this one song,
Described his lost beloved. Louis Reid,
Who played guitar, arranged a cloud of feed-
Back. H. U. Hawks played bass notes on a Moog
To underscore the lost beloved’s fugue
State. MOJO’s writer, awestruck, judged this start
Not just a strong debut; this work was art.

But that was it. Mountain Tea put out
No more—and vanished. Only the devout,
Who’d bought “The Dead” on vinyl years before,
Had heard it. Mountain Tea’s two songs were more
Or less a myth tied up in legal woes.
That’s why the essay featured only prose;
The bots inside the paper grain could link
To nothing. So they stayed as still as ink. 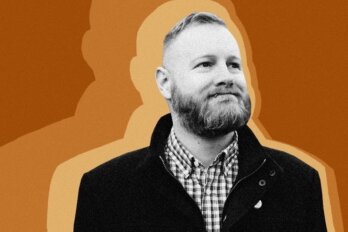 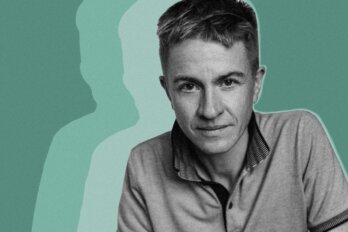 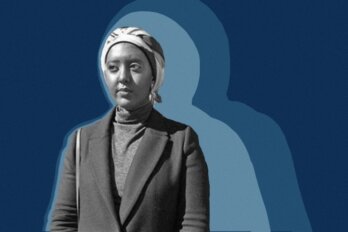