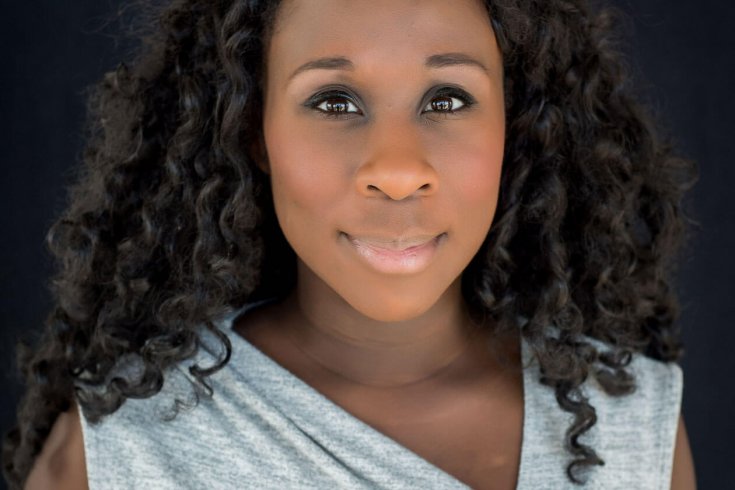 As long as Washington Black can remember, the eleven-year-old has cut cane with Big Kit, his guardian, in the sweltering fields of a Barbadian sugar plantation called Faith. It’s 1830, and Faith’s new master, recently arrived from England, is inflicting horrific punishments to enforce loyalty. One slave has his tongue cut out. Another is set on fire after trying to flee. One by one, the slaves begin to kill themselves, believing their souls will return to Africa when they die.

Washington and Big Kit consider suicide too. But Washington’s life suddenly changes when the master’s brother, Christopher Wilde (also known as Titch), borrows the young man as his assistant. A naturalist, inventor, and abolitionist, Titch teaches Wash to calculate, read, and conduct scientific experiments. He also encourages the boy’s newly discovered passion for illustration, which, for Wash, is “a wonder, less an act of the fingers than of the eyes.”

Based on traditional slave narratives, Esi Edugyan’s new novel, Washington Black, reimagines the first-person account of bondage and escape as a Bildungsroman—an emotional, intellectual, and spiritual journey. Some of Wash’s duties involve assisting Titch with construction of his Cloud-cutter, a hot-air balloon—Wash happens to be the perfect weight to serve as ballast. Looking down from the peak from which they plan a test flight, Wash acquires a dazzling new perspective of his world. “Never had I seen the roads, with their tiny men and tiny horses, the roof of Wilde Hall winking in the light,” he says. “The island fell away on all sides, green, glittering.” Wash soon comes to see himself as more than a field slave—as an intelligent young man with a rare artistic talent.

But disaster strikes, twice. First, a gas canister explodes near Wash’s face, leaving him grotesquely scarred. Next, he witnesses the suicide of a white man, opening him up to a murder charge. Titch and Wash flee in the untried Cloud-cutter, which plummets, colliding with a ship. The pair are ferried to Virginia, where they learn they are being stalked by a bounty hunter. They flee again, this time to the Arctic, where Titch’s father, a famous scientist, is rumoured to be alive. The reunion goes badly—his father is indifferent to Titch and his achievements—and Titch abandons Wash, walking out into the sub-zero elements to certain death.

Wash is traumatized. He had come to rely on Titch’s protection in a viciously racist world and must now find a community where he can live and pursue his art. This is familiar territory for Edugyan, whose novels deal with thwarted black prodigies trapped within their historical eras. Freedom, her fiction asserts, is only possible when you are permitted to become the individual you were born to be. Washington Black explores the stark consequences of that failure.

Born to Ghanaian immigrants in 1978 in Calgary, Edugyan was one of few black girls growing up in the Prairies. That detail is less an autobiographical basis for her work than a possible source of her course of inquiry and idiosyncratic vision. Her novels blow up conventional notions about where black stories should take place and who they should be about. Her debut novel, The Second Life of Samuel Tyne, features a Ghanaian immigrant who gives up his government job in Calgary and moves his family to a fictional prairie town called Aster, established by former slaves. There, he opens an appliance-repair store. In Edugyan’s Giller Award–winning novel, Half Blood Blues, Hieronymus Falk, the son of a German woman and a Senegalese soldier, is a brilliant trumpeter who abandons Berlin, to elude the Nazis, and makes a run for Paris, where he is arrested and thrown into a concentration camp. Edugyan’s protagonists are like African Canadians generally—perceived outsiders in an alien land.

Her protagonists are also geniuses—her act of resistance against society’s propensity to view black people as an undifferentiated group. Growing up at a distance from larger black communities across the country may have enhanced her insights into the African Canadian experience: the cultural alienation, the anxiety around identity, and the racial condescension in polite society. But part of what distinguishes Edugyan from other black Canadian writers is her willingness to explore the suspicion and betrayal that can afflict diasporic communities. While a collective history may bring black people together, it can also be a centrifugal force that rips them apart. We see an example of this in The Second Life of Samuel Tyne. As a brilliant student, Tyne was lavished with support by his Ghanaian village. In Canada, he expects Aster’s spirit will heal his troubled family. But not only does Tyne experience hostility from the town’s overwhelmingly white population, his one black neighbour, a founding member of Aster, also appears to cheat him out of some land. As Jamaica Kincaid explains in her novel The Autobiography of My Mother, those sharing a history of enslavement can end up mistrusting one another because “the people we should naturally have mistrusted were beyond our influence completely.”

After Washington Black’s Titch disappears into the Arctic, Wash, now sixteen, travels to Shelburne, Nova Scotia, to make a home among the Black Loyalists established there since the end of the American Revolution. But Shelburne is wet and dismal, and the white people are racist and violent. Wash heads north and relocates in the Bedford Basin, where his skin colour and ruined features repulse both white and black residents. Wash sinks deeper into depression.

He lands a job on the docks where the sight of jellyfish rekindles his artistic desires. While painting by the water, Wash meets and falls in love with a biracial woman whose white father is a marine biologist. The two men collaborate on a project that takes Wash to London, Amsterdam, and the deserts of Morocco. But Wash is not content. He resents not getting credit for his illustrations. Echoing the narrator in Ralph Ellison’s The Invisible Man, Wash despairs of society ever looking beyond his race to the unique human being within. “There could be no belonging for a creature such as myself anywhere,” Wash says, “a disfigured black boy with a scientific turn of mind and a talent on canvas, running, always running, from the dimmest of shadows.”

Like its central character, Edugyan’s novel is sui generis. Her prose possesses a kind of elemental force. It is restrained, spellbinding, and, considering the often grotesque nature of the subject matter, eerily beautiful. To achieve that power, she juggles an idiosyncratic cross-section of genres, blending the trajectory of slave stories with classic elements of the nineteenth-century novel: cliffhangers, over-the-top incidents, and eccentric characters. The story never stops feeling epic, thanks in part to its scope (Wash’s quest for a true home traverses the world), its tragic tone leavened with touches of irony and farce, and the wealth of the Biblical, literary, and cultural allusions that illuminate every corner of her writing. The miracle is how masterfully she gets these elements to work together. Here, for example, is Wash introducing himself to the reader:

I was born in the year 1818 on that sun-scorched estate in Barbados. So I was told. I had also heard it said I was born in a shackled cargo hold during a frenzied crossing of the Atlantic, aboard an illicit Dutch vessel. That would have been the autumn of 1817. In the latter account my mother died in the difficult birth. For years I did not privilege one origin over the other, but in my first years free I came to suffer strange dreams, flashes of images: Tall, staked, wooden palisades, walls of black jungle beyond. Naked men yoked together and stumbling up rotted planks into a dark brig.

The long-breathed sentences, the elevated diction, the poetic pacing—what Washington Black resembles most is Moby-Dick. Like Melville’s Ishmael, Wash has a voice that hypnotizes us, sinking our senses deep into the textures of the story. There are Melvillian grace notes throughout the book, such as the description of Big Kit in the fields as “all scorched fury, like a blunt axe, wrecking as much as she reaped.” Or the visceral imagery Edugyan calls up when Wash first assesses the extent of his injuries after the Cloud-cutter accident: “I could see into the flesh of my cheek, a strange white patch marbled with pink, like a fatty cut of mutton. Old black scabs edged the wounds, along with fresher ones, clots pale as boiled oatmeal.”

The “grotesque creature” that Wash gazes on immediately evokes Frankenstein’s monster and raises a question that nags Wash at every turn: Did Titch see him as his own creation? Was there ever a moment Titch accepted him as an equal? Black Canadian novels are said to be preoccupied with issues of belonging, often boiled down somewhat simplistically to the desire for acceptance from white society. But, for Edugyan, the term possesses deeper nuance. In her 2013 Henry Kreisel Memorial Lecture, “Dreaming of Elsewhere: Observations on Home,” she describes home and belonging as a combination of “where we are, who we are, who we are with.” If the spectre of Titch hovers over Wash, it’s because his mentor is inseparable from Wash’s understanding of freedom and home. Where belonging to the plantation made him a piece of property, belonging to Titch denoted brotherhood and family. Or so it seemed. But Wash ultimately grasps that belonging truly exists only where there is equal esteem and love—as in his seminal relationship, the one he shared with Kit.

The Writers’ Trust of Canada supported the author of this story