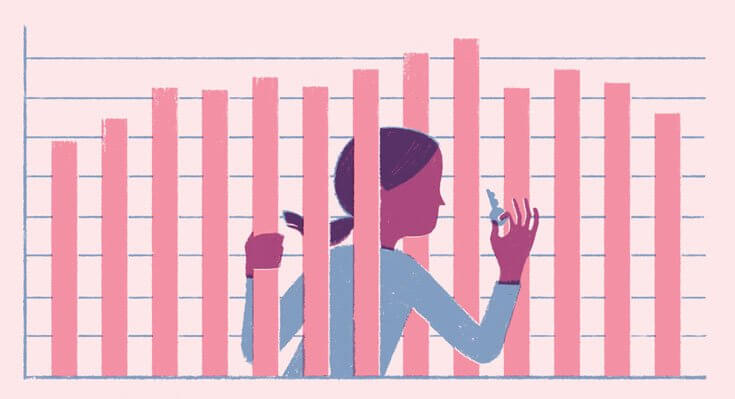 In 1995, in the aftermath of a recession, and contending with enormous public debt, then finance minister Paul Martin tabled a federal budget that made painful cuts to government spending and promised to wrestle Canada’s public debt to the ground “come hell or high water.” That determination is seared into Canadians’ memories and is now invoked by politicians across the ideological spectrum who campaign on promises of eliminating deficits and wrestling debt into submission. A quarter-century later, it is time for Canadians to dislodge this deeply ingrained phobia.

Politicians often tell us that government debt will cause hardship because our kids will have to pay it back. Wrong. For a household, debt is most often accumulated when earners are young and then paid back through middle age; if it isn’t, your kids inherit that financial burden. But a country does not face the same life-cycle patterns as do individual families—countries don’t grow old, retire, and die. Government debt is simply not the same as the thirty-year mortgage on your house; the federal government has no fiscal obligation to reach zero debt over any short horizon.

But won’t taxes have to rise? At the risk of belabouring the analogy: if our children are saddled with the mortgage we take out now, won’t they need to raise funds to pay it down? No. When debt growth is modest and interest rates are low, the economy grows faster than the cost of servicing debt. This (though politicians would have you believe otherwise) is Economics 101: what matters is not the absolute size of the debt but its size relative to the country’s economy overall. As with the financing of your home, there isn’t such a thing as a “big” or “small” mortgage per se—it entirely depends on your income. Economists use the debt-to-GDP ratio, which measures a country’s debt burden relative to its national income, to assess this for Canada’s economy. When we think of the fiscal—or moral—consequences of our debt policy on the next generation, the debt-to-GDP ratio is the right guidepost. And a responsible fiscal policy ensures that the debt-to-GDP ratio does not grow, not that we have no debt, or run no deficits, at all.

The fiscal fears of the “hell or high water” 1990s were not misplaced—we did face an incipient federal debt crisis at that time. But the economic environment has changed dramatically since then. In 1995, the debt-to-GDP ratio was 66 percent, using today’s measurement methods, and the ten-year borrowing rate was 9.7 percent. In the 2019 federal budget, the comparable numbers are 31 percent and 2.4 percent. To put this in context: we would need to add $800 billion of debt and see a quadrupling of interest rates to be back to the fiscal crisis of the 1990s.

Politicians are fallible and sometimes make unwise fiscal choices. For this reason, some commentators—and, indeed, some politicians—suggest we need strict rules to constrain government spending, lest small debt problems balloon into large ones. But we only need to look at the experience of the last ten years to see that this is not inevitable. Many countries, with governments of all political stripes, took on more debt when the financial crisis hit, then proceeded to pare debt back down in subsequent years.

Over the five years from 2009 to 2014, Canada added $158 billion to the federal debt—which sounds like a lot, but our economy’s size was closing in on $2 trillion at the time, so the crucial debt-to-GDP ratio didn’t move much. We did add $71 billion of debt over the last four years—but the debt-to-GDP ratio actually fell by 1 percent over that period, since the economy grew more quickly than the debt did. Debts rise and fall, but there is no inexorable march to crisis that is unleashed by allowing some degree of discretion on deficit spending or the debt that ensues. We should just accept that the debt battle has been won and move on.

The federal politicians we elect in 2019 will face many fiscal challenges. The coming demographic-driven health care spending bump requires a national fiscal framework that allows provinces to raise the revenue they’ll need. We need to ensure that our tax and transfer system promotes fairness and growth across the country and provides every young Canadian the opportunity for a fair start in life. We should all be ready to jump into a great debate on these fiscal challenges. In order to do so, we need to stop being sidetracked by scary debt stories from a bygone era.

Kevin Milligan is a professor of economics at UBC’s Vancouver School of Economics, where he specializes in public finance. He has advised governments and parties of all stripes on tax policy.
Christy Lundy