Will the Boomers Cause a Financial Bust? | The Walrus
Skip to content 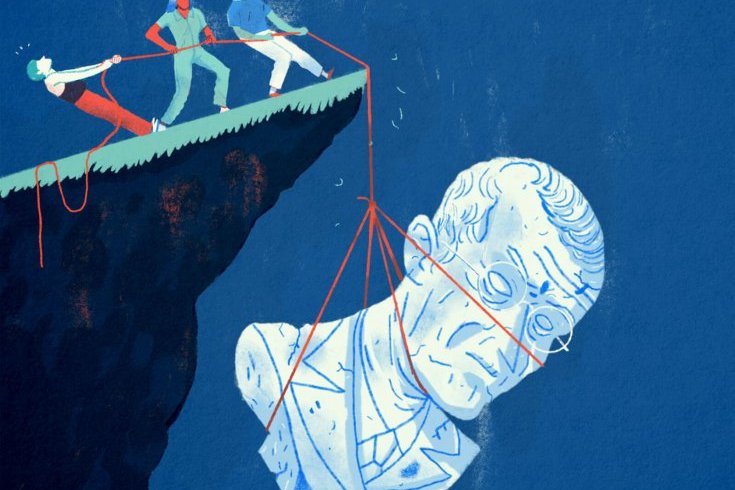 For the first time in their history, baby boomers are now outnumbered by another generation. When Canadians head to the polls in October, millennials—roughly 10 million of them—will have the numerical edge. And with that edge, as research firm Abacus Data recently noted, comes the power to “disrupt the status quo.” Millennials are already directing that power towards things they’re allegedly killing (like mayonnaise and motorcycles) and ones they’re apparently saving (like postcards and RVs). But when it comes to public finances, their impact is conspicuously absent—and if a recent report from the C.D. Howe Institute is any indication, they might want to get busy disrupting.

In that report, researcher Parisa Mahboubi focuses on so-called generational accounting, which measures the taxes each generation pays against the services they receive in order to reveal the long-term impacts of current fiscal policy. “The main question for generational accounting,” Mahboubi writes, “is who pays for an increase in government spending: current or future generations.” Borrowing from the future in order to pay for the present has long been a popular political strategy, but the numbers laid out in Mahboubi’s report are sobering. Her projections reveal that a Canadian born in 2017 will pay $736,000 in taxes over their lifetime—a sum that will go disproportionately towards subsidizing health care and other age-related costs of baby boomers and other older Canadians.

This hidden subsidy is mostly a function of demographics, which have long been a tailwind for the baby boomer generation, tilting the stock, housing, and job markets in its favour. But those demographics are a major headwind for the boomers’ children and grandchildren, who have to deal with the fiscal consequences of a rapidly aging population. In 1972, you had almost seven tax-paying adults for every senior. Within the next decade, that ratio will be down to just over three. Because older people tend to pay less in taxes and demand more in services, a large cohort of them, like the boomers are, naturally puts stress on a country’s capacity to fund other priorities, like education and child care.

That stress is only going to increase. As a percentage of GDP, both health care spending and elderly benefits, like old-age security and the guaranteed-income supplement, are projected to increase over 50 percent from current levels by 2045. That’s an increase of over $107 billion in spending using nominal 2016 GDP figures, which is more than the federal government currently spends on the military, employment insurance, and servicing the national debt—combined.

Kicking fiscal cans down the road may be something we’ve all grown accustomed to, but for current and future generations of Canadians, this particular can looks a lot more like a live grenade.

Paul Kershaw, a professor with the School of Population and Public Health at the University of British Columbia and the founder of young adult advocacy group Generation Squeeze, has been studying the impacts of this demographic imbalance on public policy for years. He argues the present state of affairs is violating the “intergenerational golden rule”—treating our children as we would want to be treated when making decisions about our world. “Governments are investing in later life stages at a faster rate than early life stages and doing so on behalf of a group of people who enjoyed more affluence compared to both the old people that preceded them and young people today,” says Kershaw. “That doesn’t fit with the Canadian sense of fairness, and it’s not the kind of legacy my mom wants to leave for her kids and grandkids.”

His 2018 paper on intergenerational justice in public finance lays this out in detail. In it, he notes that, as a proportion of GDP, spending on seniors went from 4.57 percent in 1976 to 9.09 percent in 2016. At the same time, when adjusted for inflation, the median earner pays $1,244 less in taxes than they did in 1976. So how did the government close the gap between higher spending and lower taxes? It piled on half a trillion dollars in debt (which constrains the ability of future governments to fund programming) and underinvested in other areas of social spending. For example, if spending on those under forty-five had kept pace with what governments have shelled out for seniors, there would be over $20 billion in additional dollars available each year—more than enough to fund a national child care program, for example.

This disproportionate growth in spending on seniors might be defensible if the boomers had experienced financial hardships that younger Canadians didn’t. “Generations that lucked out in the lottery of timing might have a good reason to contribute more than other generations that had more challenging economic realities,” Kershaw says. But it’s the boomers who won that lottery, of course—and who now appear to want their children and grandchildren to cover the four-course meal with a glass of prosecco. The median house now costs more than twice as much as it did in 1976, after adjusting for inflation—and the spread is even wider in markets like Toronto and Vancouver. That increase in value, combined with the longest bull market in both equities and stocks of the twentieth century, has put the boomers in a very comfortable place. As noted in a 2014 BMO press release, “Seniors today have never been better off financially, and are four times richer than their parents were at the same age in the mid-1980s.”

Their kids, on the other hand, aren’t doing as well. Yes, they’re more educated on average than their parents, but they don’t have much to show for it, other than the ever-expanding pile of student-loan debt, as wages for Canadians under fifty-five have more or less stagnated over the last four decades. And yet, Kershaw notes, those same kids are being asked to give back in ways their parents never did. “Baby boomers came of age when they made pretty good earnings, especially relative to their major costs of living. Young people today have lower earnings and a way higher cost of living but are being expected to contribute considerably more than today’s aging population paid towards their own elderly.”

It’s not too late to do something about this. Indeed, we’ve been here before, when in the 1980s and early ’90s it became clear that the Canada Pension Plan’s so-called pay-as-you-go model, in which the contributions of younger workers paid the benefits of older ones, wouldn’t work in a world where there were ever-more retirees and ever-fewer workers to support them. In 1997, contribution rates were raised significantly in order to allow aging boomers to effectively prepay for their pensions, while the Canada Pension Plan Investment Board was created to invest those contributions more effectively.

And while it’s now too late for boomers to prepay for their soaring health care costs (which, left unchecked, could consume more than 40 percent of total program spending by the provinces in 2030), it’s not too late to tap the asset class they own that has added almost $280,000 to the net worth of the average senior boomer household (and multiples of that in Toronto and Vancouver). “We shelter housing from taxation like we shelter no other asset,” Kershaw says. “It’s time to revisit that.”

The capital-gains exemption on the sale of principal residences, for example, costs the federal government an estimated $7 billion each year in forgone tax revenue. That revenue, or some portion thereof, could be directed towards the health care bill for seniors. And, Kershaw says, by making home ownership a less lucrative investment, it might also help to make housing more affordable for a generation that continues to struggle with the high cost of shelter. “There’s the win-win—the same tax measure that slows down housing prices generates revenue to address the medical care needs of an aging population. That’s where we need the debate to go—immediately.”

The catch is that it can’t until one of Canada’s major political parties chooses to go there. While US politics has Pete Buttigieg, a thirty-seven-year old Democratic presidential candidate who’s running on a platform of intergenerational justice, the issue has yet to become politically salient in Canada. Yes, voter turnout among young people surged in 2015, but the percentage of people under thirty-four who said they were “too busy” to vote was twice as high as the percentage of those over fifty-five. “Politics responds to those who organize and show up,” Kershaw says. “So it’s not a surprise when we see the world of politics direct new spending disproportionately to those that do.”

Samantha Reusch, the research manager with Apathy is Boring, a Montreal-based nonpartisan charity that educates youth about politics, says that there’s a sort of chicken-and-egg aspect to the relationship between millennials and Canada’s political parties. “The baby boomer generation was a massive force. I don’t think people have realized the power that the boomers’ children have in that political space. But it’s also become this vicious circle. We’ve never turned out, therefore the politicians have never responded to us, therefore nobody turns out.”

But in what will almost certainly be a close election, paying attention to a huge voting bloc still waiting to be heard could pay off in a big way. “If you look at research on why young people don’t turn out,” Reusch says, “one of the big reasons is ‘politicians don’t care about people like me’ or ‘they don’t speak to the issues I care about.'” There might be no bigger political motivator for millennials than a party offering to fix a system that has allowed boomers to move from advantage to advantage and left their children—now the biggest demographic in the country—facing financial disaster.