Voting with Our Feelings | The Walrus
Skip to content 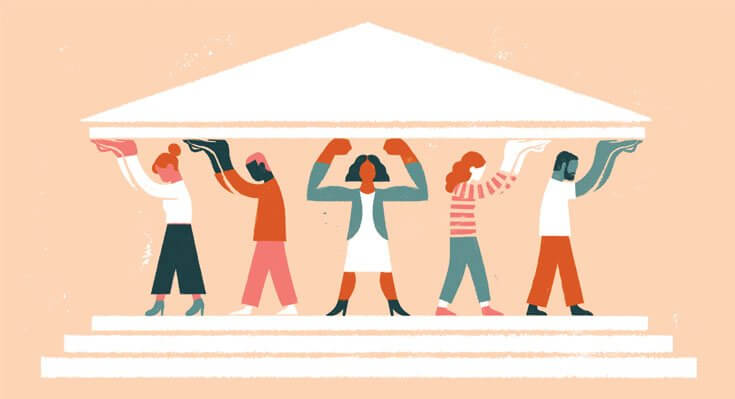 In June 2015, Liberal leader Justin Trudeau announced a key part of his party’s election platform: a return to evidence-based decision making. “In the last ten years, we’ve seen good advice from scientists, officers of Parliament, government agencies, and commissions all ignored by Stephen Harper,” he declared. “We’ll make policy based on facts, not facts based on policy.” Unlike the scientist-muzzling Conservatives, Trudeau promised to restore rationality to its pride of place in politics.

The Liberal Party is not the only one to have held itself aloft as a champion of rationality and evidence. A quarter-century earlier, as a different election was fought over whether Canada should sign a free-trade agreement with the US, Brian Mulroney’s Progressive Conservatives chided the left for its opposition to one of the most basic tenets of classical economics: free trade results in benefits for all.

By appealing to voters’ rational judgment, both parties won their races. Or so the story goes.

A belief in rationality is, in many ways, the organizing principle of civic life. In Canadian tort law, for instance, a hypothetical “reasonable person” is used as the benchmark against which potentially negligent behaviour is tested. In traditional economics, the long-standing assumption has been that people behave rationally (understood in terms of maximizing benefits). And, of course, democratic elections presume that voters are rational and capable of making informed decisions. However, this idea has not held up well under testing.

Some of the greatest challenges to the presumption that voters make rational choices have come from the field of behavioural economics, which—unlike traditional economics—focuses on investigating how people actually behave. What some of these researchers have found is that habits, immediate perceptions, and intuition play a more important role in everyday decision making than reason does. Not enough organ donors in your province or country? Automatically enrol everyone, and rely on people’s apathy rather than their better angels to improve your rates. In this and many other cases, behaviour isn’t altered by changing a person’s mind but by reducing the effort needed to reach a desired outcome.

Beyond getting us to click on and buy things—and, sometimes, nudge us in the direction of healthier behaviour—appealing to shortcuts can be used effectively by politicians. Take Brexit, for example: one oft-repeated claim by now prime minister Boris Johnson, which was plastered on the side of his double-decker Vote Leave campaign bus, was that by leaving the EU, Britain would regain control of £350 million that it could then spend on its National Health Service. Although the UK Statistics Authority debunked this claim, it continued to be invoked, and voters ultimately supported Brexit. Researchers have learned that people are more likely to believe things the more often they hear them, even when they are wrong. (This is called the “illusory truth” effect.) In other words, while politicians are happy to provide evidence for voters to make rational decisions with, they may be counting on the fact that voters won’t necessarily scrutinize the evidence itself.

More perniciously, gesturing toward “rational” arguments may also provide cover for prejudice. Two studies published in 2017 found that support for Brexit, rather than relying on any nuanced political or economic arguments, was strongly linked to a fear of foreigners. Even Trudeau’s seemingly rational call for evidence-based decisions casts rationality as a partisan stance: there are reasonable, educated Liberal voters on one side and antiscience Conservatives on the other. Whether or not the Conservatives deserve this title, undertones of elitism remain.

We are increasingly aware of our vulnerability to misinformation, from a relative’s incoherent Facebook posts to globally coordinated campaigns by foreign governments. Even if an average citizen can obtain the information necessary to vote intelligently, can they overcome their mental tics, habits, emotions, and biases to do so? This debate is not new: writing nearly a century before content farms and social-media bubbles, the American journalist and political analyst Walter Lippmann described the public as living in a “pseudo-environment” constructed of prejudices and second-hand information mediated by the press, which is in turn underresourced and compromised by capital and special interests. Of the public, he wrote, they expect “the fountains of truth to bubble” while being reluctant to pay for newspapers; their minds “do not boggle over such news if it conforms to their stereotypes, and they continue to read it if it interests them.” If little seems to have changed since then, it is because this long-standing problem is fundamentally not technological but human.

Alexander Tesar is a former editor at The Walrus. His work has appeared in Nautilus, Hazlitt, and The Canadian Encyclopedia.
Christy Lundy