Beyond a Reasonable Doubt: Part 6 | The Walrus
Skip to content 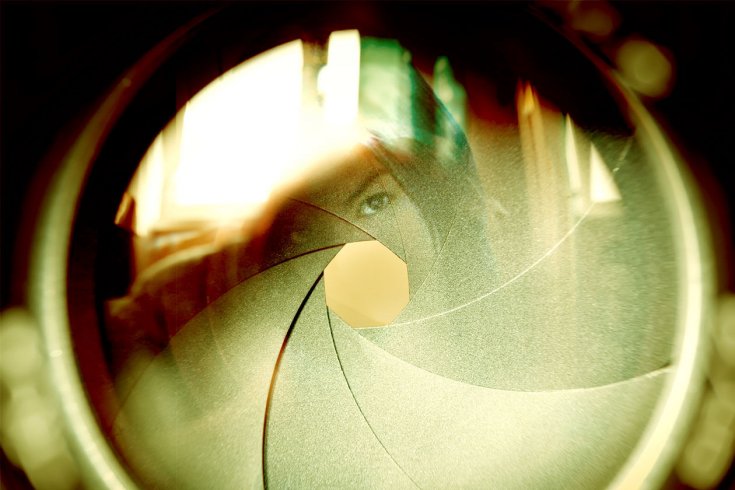 Part 4: The verdict arrives. And so does Marie Henein—best known for representing Jian Ghomeshi

Neither Li Peng nor Cecilia are present at the appeal of his guilty verdict, which is heard on November 8, 2016, almost a year after Li was sentenced to two years for sexual assault. He has been out on bail since then.

Li hired Marie Henein, Jian Ghomeshi’s lawyer, to handle the appeal.When she enters the courtroom, she greets Li’s parents and girlfriend and tells them to shift over to the appellants’ side of the courtroom so there is no mistaking whom they are there to support. The Pengs nod at me and say hello. There is also a reporter from the Chinese press in attendance.

For an appeal, The lawyers submit their “factums” and supporting documentation in advance and make brief oral arguments before a three-judge panel that interjects with questions. If the appeal is dismissed, the decision can be made on the spot.

After a very brief introduction, Henein jumps into the first of Li’s three grounds for appeal, that the email Cecilia sent to Toronto police—with the subject line “Something awful happened to me last night”—was improperly admitted into evidence. Henein says it was only admissible for certain limited purposes and should not have been used for the truth of its contents.

As an example of the permissible uses, Henein cites Lisa White’s closing arguments where Li’s trial lawyer touched briefly on the anonymous email, saying it was sent so Cecilia would have something to show her family and boyfriend if they discovered where she had been that night. Henein also accepts the Crown’s use of the email to rebut the defence’s revenge theory. She acknowledges that the prosecutor, Daniel Brandes, was within his rights to respond to that theory by arguing that it made no sense to wait a year after sending the email before taking any action.

According to Henein, the problems begin when the actual contents of the email come into play. She questions why it was read into the record and made an exhibit. She says Brandes should not have stated in his closing arguments that Cecilia has remained true to the account of events provided in her email and that “she has never wavered” about what happened.

Henein argues it was impermissible to use the email to establish the purported truth of its contents and to corroborate Cecilia’s evidence. The same error, she says, was also made by Justice Goldstein in his decision: first, when he stated that the contents of the email “did not differ in any significant way from the evidence (the complainant) gave at this trial,” and then again when he wrote, “Most importantly, I find [C]’s email, sent contemporaneously with the events to be corroboration of the evidence.”

Henein says the judge should have recognized that the email was what lawyers consider to be “a prior consistent statement.” Her written documentation cites an Ontario Court of Appeal judgment, which explains why, with certain exceptions, these statements are inadmissible: “They are a form of hearsay, they lack probative value, they are self-serving, the repetition of a statement by the same person does not make it more likely to be true, and they are not corroborative because they lack independence.”

Henein notes several times that the defence didn’t object when Cecilia was asked to read her email aloud in court, and that the judge appeared not to be familiar with the law in this area. In a case where credibility was the central issue, she argues, Goldstein’s error was so significant that the conviction should be quashed.

When it is her turn to speak, the Crown attorney Jill Witkin concedes that the email’s use should have been “qualified” but maintains that the error was not “fatal.” Hairs are split over the judge’s use of the word “corroborate.” “Nowhere does he say it’s the repetition that enhances her credibility, but rather it’s the fact that a report was made,” Witkin argues.

The second ground for Li’s appeal is that the trial judge rejected the defendant’s version of events as implausible, concluding that Li used photography to lure young women to his home. According to Henein, there was no evidence whatsoever to support this theory, which, though Li consistently denied it, was repeatedly advanced by the Crown, “unfortunately without objection.”

Henein reads aloud the section of Brandes’s closing arguments, in which he labels Li a self-obsessed narcissist, after which Justice Goldstein asks him if the Crown’s theory is that the defendant should not be believed because he is creepy. She has no issues with the question itself but rather with the fact that—despite issuing this admonishment to the Crown—the judge did not heed his own warning and went on to focus on Li’s supposed creepiness as the basis for finding him incredible. Henein says the judge used “stereotypes” about musicians and artists to conclude her client had a pattern of “discreditable conduct.” And then, on that basis, Goldstein decided Li was not credible and could not be believed when he said there was no sexual activity.

“At the end of the day, there is no other aspect of the appellant’s evidence that is engaged with in a meaningful way,” Henein tells the court.

Witkin responds that Goldstein’s findings were, in fact, well supported in evidence. For example, Cecilia testified that Li told her it was normal for photographers and models to be intimate and “that’s certainly something the trial judge is entitled to accept,” she says.

The third of Li’s grounds for appeal—that Goldstein applied different levels of scrutiny to his and Cecilia’s evidence—is argued by Henein’s associate, Christine Mainville. She explains that, along with the assumptions just outlined by Henein, the judge misapprehended relatively innocuous evidence related to Li’s Momo use, and therefore deemed his story implausible.

This misapprehension, Mainville says, highlights the different levels of scrutiny applied to the two witnesses—because, in evaluating Li’s testimony, the judge was overly critical of the evidence on non-material facts: Goldstein assumed without reason that it was suspicious for Li to display thumbnails of his photography work on Momo and to send people who were interested in seeing more photos to look at his Facebook account. Mainville maintains that the trial judge also made factual errors when he said Li advertised free photography services and had few, if any, photos of male subjects.

Then, even though these were peripheral facts, the judge used them to reject Li’s testimony on the central facts and issues. “It was a material error, given the importance of his testimony,” says Mainville, and it resulted in a miscarriage of justice.

Unsurprisingly, Witkin does not agree. She says the judge “did a good job looking at both the evidence of the complainant and the appellant equally… He took 100 pages of notes,” and stressed the trial wasn’t a credibility contest. He looked at the five reasons the defence gave as to why Cecilia wasn’t reliable, and reconciled each of them. Witkin says Goldstein made one small error over “a minute detail that doesn’t even come close to a misapprehension of evidence that would cause a miscarriage of justice.”

When the proceedings are done, the judge in charge says the matter will be taken into consideration. The three presiding appellate judges could dismiss the appeal and send Li off to serve his prison term. They could set aside the conviction and order a new trial. Or they could acquit Li Peng and release him with no criminal record.

It usually takes two to three months for a decision of this type to be written, although some are released more quickly and others take more time. A notice of release is posted on the appeals court website sometimes as little as a day in advance. At the time of publication, it is now two months and eighteen days since the Li appeal was heard, but there’s been no word as to when the judgment will be released.

The court’s three options raise a number of questions: First, if the verdict is upheld, will Li give up and do his time, or will he try to appeal again? Second, if the appeals court orders a new trial, will the crown pursue the case or drop it? Would Li consider a plea deal? And third, if Li is acquitted based on the arguments laid out by Marie Henein, will the Crown appeal?

If this does turn out to be the end of the legal road, will Li be prepared to talk about the past three and a half years? Will Henein weigh in on how typical his case was or wasn’t? And what, if anything, will the Crown and Cecilia have to say?

Epilogue: Has the appeals court maintained the conviction for sexual assault or ordered a new trial?