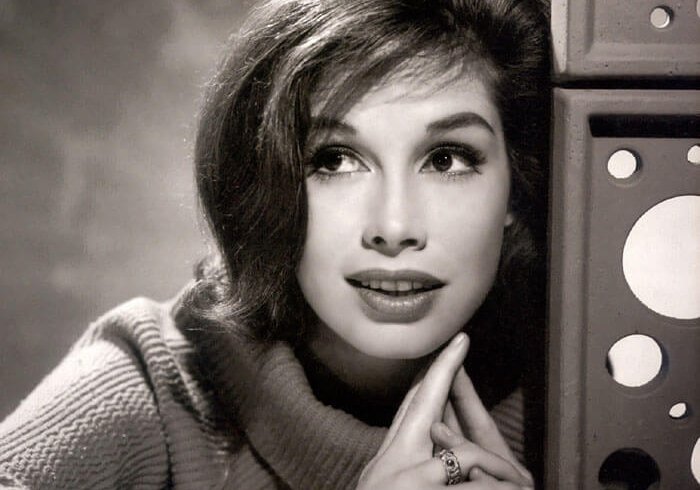 Mary Tyler Moore died, at eighty, from cardiopulmonary arrest at her Connecticut home yesterday. Her friend and colleague Rob Reiner said she was a “force of nature.” Other old friends and collaborators delivered their own kind words. She seems to be one of those actors who had no enemies, only admirers.

Of the TV character whom Moore created in the 1970s, she said: “My life is inextricably intertwined with Mary Richards, and probably always will be.” Not the worst fate for a comic actress—because Mary Richards was a nuanced, sympathetic and occasionally even inspiring character. Time magazine said “was the sitcom that was intellectually respectable. The writing, acting, and directing on MTM have been the best ever displayed in a TV comedy.” Keep in mind that this is more than a decade before any of us had ever heard of Jerry Seinfeld.

Nobody I knew among my Moore-aged friends simply “liked” MTM. Her core fans were devoted to the show with a passion, and I watched it with the sharp focus now typically reserved for complex TV psychodramas that offer plot twists in every whispered line. My children learned, the very hard way, never to compete for my attention when MTM was on.

For someone like me, a woman born in the 1940s, this was something absolutely new and exciting, culturally adventurous. Without making a spectacle of the gesture, the show’s brilliant producers, Jim Brooks and Allan Burns, welcomed women writers and offered them wide scope to write from a woman’s point of view. (I know all this from having read Jennifer Keishin Armstrong’s book Mary and Lou and Rhoda and Ted: And all the brilliant minds who made The Mary Tyler Moore Show a classic—and I confess that portions of what you read here are adapted from my review of that book.) I realize that this must seem like old hat for today’s young TV critics. But in that Mad Men world, it was a big deal.

Mary Richards was an original—a full step away from the madcap Lucille Ball type and the Doris Day ingénue. She was funny, but harboured the high emotional intelligence and traditional family values required to negotiate the narrow path between liberation and self-protection. She was independent in all outward respects, but also canny, and even anxious, about exploring the freedom that (then) modern times afforded.

Mary’s uninhibited Brooklyn sidekick, Rhoda Morgenstern, performed by Valerie Harper (now, alas, in the late stages of terminal cancer), played the fully liberated New York stereotype to Mary’s mid-western liberation-lite. The show’s writers, east coast Jewish women, didn’t need much imagination to build Rhoda’s character. Of this female odd couple, a perceptive critic said in 1974: “One is tranquil, the other seems to have been born with sand under her skin.”

Brooks and Burns were not trying to satirize Eisenhower-era American values, as the contemporaneous All in the Family aimed to do. MTM was not about “issues.” The story lines were character-driven and character-resolved. Nothing was debated explicitly in the way that Archie and Meathead went at it every week. Mary was not going to be a model for all women. She was just herself. According to one biographer, she represented a new consumer group called “lifestylers”—women who “embraced liberation in their everyday lives without necessarily identifying as feminists.”

MTM hit the sweet spot in the development of feminism, when it was still a reform movement. The women of my generation remember it as then being fluid, optimistic and democratic rather than ideological and dogma-driven. And Moore herself felt strongly that the show should not be about activism. “We’re not Maude [starring an oft-indignant, thrice-divorced, pro-choice feminist played to great and deserved success by Bea Arthur],” Moore said. “I feel strongly that sex is a private thing not to be shared with an audience—or even with friends.”

How to handle Mary’s sex life was therefore a delicate matter. At thirty, there was no way Mary could be cast as a virgin in the 1970s. Merely being divorced would have been an issue. (Even if the writers had wanted divorce in her backstory, the network reportedly wouldn’t allow it.) So the compromise was to have Mary moving to Minneapolis to reconstruct her life after a serious relationship had foundered. That she has some form of sex life is implied, but never dwelled upon. In one memorable scene, when Mary’s parents are visiting, her mom calls back as she leaves the apartment, with Mary and her dad in the kitchen: “Don’t forget to take your pill.” Both Mary and her dad respond as one: “I won’t.” The wordless glance Mary and her father then exchange, exquisitely balanced between embarrassment and a signal of mutual discretion, was sophisticated comedy gold for an era when such references counted as risqué.

Though Mary was liberated, she also was a traditional “lady.” She would be among the last of this genre in TV-land. I loved her for that, but not everyone did. Younger viewers critiqued her for her modesty and for her deference to “Mr. Grant.” (Critics especially hated that everyone else called him Lou, but she could not bring herself to do so. My view was that it wasn’t so much him being a man as him being her boss that made any other form of address difficult for her.)

MTM paved the way for a slew of other single female TV protagonists, such as Murphy Brown, Ally McBeal, and Carrie Bradshaw of Sex in the City (which Moore disliked). Tina Fey’s Liz Lemon, star of Thirty Rock, is a flesh-and-blood homage to Mary. The disheveled and always-stressed Liz never quite gets her act together as Mary did, but she has the same eager-puppy, adorable affect. She is easy to love, as was Mary.

And then—heavy, matronly sigh—there’s Lena Dunham’s Girls. Riveting, brilliantly realized, culturally harrowing. Here, the protagonist is not adorable, or easy to love, and decidedly not a lady. The show’s premise is superficially similar to MTM: A single young woman, Hannah Horvath, takes on the big city—although unlike Mary and Rhoda, who work hard and are fiercely proud of making it without help from their family, Hannah feels entitled to her parents’ financial support (not unusual for privileged specimens of her generation).

Mary’s relationship with her parents is respectful and uncomplicated. Hannah’s relationship is based in love, but riddled with grievances. Her career expectations are naïve and distorted. Unlike Mary Richards, a mature, responsible and psychologically healthy team-player, Hannah is a stunted, narcissistic mess, and painfully lacking in sexual self-respect (proof of which, alas, is never left to the imagination—more matronly sighs).

The route from Mary Richards to Hannah Horvath is the story of the feminist movement. The message to young women in the early 1970s was confident and happy: “Who can turn the world on with her smile?” The message today is darker and dysphoric: “Girl, you’re probably not going to make it, after all.”