God in a Pickup Truck | The Walrus
Skip to content 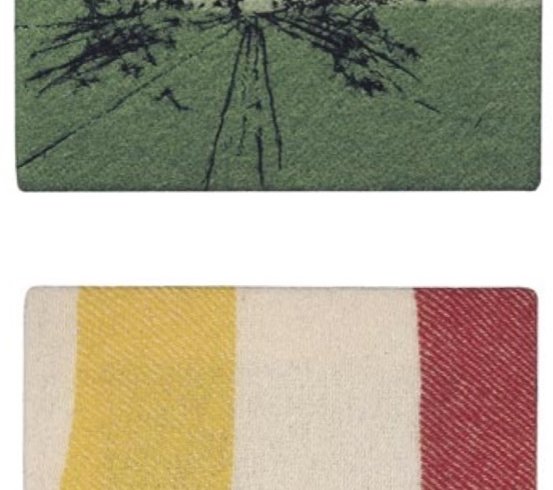 It was around five o’clock in the evening when the winds struck. Till then the air had been quiet, the darkening trees speeding past us, a relief against the dreary greyness of late fall. We’d another forty-five minutes before reaching home, and Dad was fiddling with the radio, trying to get a song. I hated the old country stuff he listened to, but it was easier to protest in the crowded kitchen of home with Mother, the baby, and the boys buffering us, than in the close confines of the truck. I was always shy whenever I was alone with him. Fished out of the family corpus, he looked minuscule, yet felt as immense as God. And I, without the structure of family shoring me up, as crippled as Job upon discovering himself bereft of the lap he believed cradled him.

“Watch out, Lovey!” Dad yelled, seeing the patch of ice before we were skidding on it. Within minutes we were caught in a maelstrom of swirling eastern winds and snow. Dad reduced speed to a crawl. Vision immediately vanished as slob snow smothered the windshield. The wipers creaked into being, scarcely scraping an opening through the thickening paste.

I felt a bit scared. We were still a long ways from home—thirteen miles between the highway to Deer Lake and the northwest shores of Newfoundland where we lived. And, given how I was only eleven, the few times I had driven this road was when mother or the boys couldn’t make it and Dad needed somebody to talk for him. Lord, he hated the way townies frowned at his thick brogue.

“Damn,” he muttered. “Almost home, too.” A pair of headlights flashed before us and he muttered again as he touched the brakes and our truck swerved on the muddied dirt road, more slippery than ice.

“Testy bastards,” he swore at the brakes, slowing to a near stop. The headlights passed, and he gently accelerated, swearing, “Goddamn the like-a-this, Goddamn the like-a-this,” in the loud irritated tone he always used whenever he was facing something that fought back, whether it was a faulty chainsaw, a stuck screw, or Mother.

A squall struck us broadside, and I bit back a cry of fright as we near fish-tailed over an embankment. Dad kept going. Clinging nervously to the door-handle, I leaned forward, straining to see through the white rain slamming against us. Two feet. Couldn’t see more than two feet. Dad switched the lights to high beam, then back down again, hunching forward as I was, his nose an inch from the windshield. Suddenly, the wipers stopped. Just stopped.

“Hey!?” and all other words left us as we both stared at the immediately blanketed windshield, the headlights dulling.

“Quickly screwing down the window, I shoved my head outside and was instantly struck by a fist of wind and slob snow.

“Uh—over a bit,” I say, scraping the sludge from my eyes.

“Goddamn the like-a-that, Goddamn the like-a-that!” and grinding the truck to a halt, he shoved open his door, lunging out, every nut in the truck jarring as he slammed shut the door behind him and started fiddling with the wipers. I cranked up my window, shivering down into my jacket, a bit scared. I didn’t like the dark much, especially when I was out in it. Within minutes he was hauling open the door and slamming back inside, a clump of snow matting his head.

“Goddamn the like-a-that, we’re in for it, Lovey, we’re in for it,” he warned, but I was heartened by an underlying softening of his tone, as when he was fighting with Mother but not really bothered by it. He started unlacing his work boots, spitting and sputtering about some whine he’d heard in the dash yesterday—“should’ve known, should’ve known. . . .”

“Dunno,” he replied tugging and pulling on his laces, glaring at the snow piling onto the windshield. With a grunt, he shoved out through the door again. Through peep-holes scraped by his knuckles, I watched as he tied one end of each lace to the tip of each wiper. Then he was pounding on my side-window.

“Catch hold of it,” he cried impatiently as I rolled down the window, staring blankly at the end of the boot string he was pushing in my face. Pulling the string inside, I cranked up the window as he hurriedly crawled back in on his side, plucking the other lace through his side window as he strained, hauling the door shut against a shoulder of wind. Rolling his window part-ways up, he then yanked on the string—hard! The wipers sprang upright.

“Now, pull!” he ordered. Fully comprehending now, I jarred my window down and yanked the lace he had given me. My hand slipped fruitlessly off the string.

“Knot it!” he yelled.”Hey?” “Knots, Lovey, tie knots,” he said, and snatching the lace out of my hand he double-, then triple-knotted the end of it, flinging it back at me. “Now, pull,” he ordered, and I clutched onto the string above the knots and heaved mightily, cringing sideways to escape the wind and snow. The wipers inched forward.

“Harder!” he yelled. “Harder, harder!” and I heaved harder, my butt lifting off the seat, my wrist scraping against the window edge as I strained on that lace, struggling to bring those wipers back down. They lurched, clearing a space of windshield. A second’s glance was all, enough for Dad—the truck already in gear—to ease back onto the road. A heavy yank on his side and the wipers sprang back up, my arms shooting up with them, wrists scraping over the edge of the window.

“I knows when, I’m not that stun!” I yelled back. He was suddenly no God, but only the mortal who was forever stumbling around ranting, yelling, and searching for the hat on his head; and I, fear vanquished, like Mother, ready to snit, spat, yell at anything crossing my lines, especially in this stupid situation of having to heave, lean, and pull, heave, lean, and pull, arms aching, face numbing, and body shivering from the rivulets of ice-cold rain leaking down my neck and up my sleeves.

But damned if I was going to start whining now, for that would be the first thing he’d throw in my face the next time he drove to town and I clamoured to go with him. No sir. Heave, lean, and pull; heave, lean, and pull. My nose started snotting, and it felt as though my shoulders were being wrenched apart. Each time I heaved, leaned, and pulled, my hands slipped, my wrist knocked sorely against the window edge, sending a stinging, burning pain straight up my arm.

“Goddammit,” and I whipped the butchered skin against the heat of my mouth, cringing sideways from the slipped oath. He showed only the back of his head, a sudden interest in what was happening outside his side-window, the truck now steering itself. Pumping the brake, he eased us towards where he judged the side of the road might be.

“Take a break, Lovey,” he said in a croaky voice.

“I’m not tired!” I said. But he was already coaxing us to a stop, rolling up his window. A furtive glance his way, and I rolled up mine, the wrist taking second place to my fingers, numbed into a curl as though they still held the lace. I blasted hot breath over them and near cried for the relief that didn’t immediately follow.

“Show; lemme see,” and like a flashback to some remote, childhood incident he was reaching over, taking both my hands in his. “You’re cold,” he said in the softest of tones, and raising them to his mouth, he breathed soft, warm breath upon them, and he was back to being God again, and I the suffering sinner. He continued his warm, gentle breathing till my fingers started uncurling. A crazy impulse to weep overtook me, and I roughly drew away a hand to scratch a feigned itch on my leg.

“Soon be home, Lovey, soon be home,” he said in the sing-songy tone he used when placating the baby, and, putting the gear stick in drive he screwed down his window.

I screwed down mine, clenching hold of the soggy mass of knots, and started heaving. The wind felt colder as it whipped inside, licking at my wet clothes. But something strong had wrapped itself around me and I felt nothing but a band of heat in my chest. Heave, lean, and pull; heave, lean, and pull. The dark wall of trees opened to my right, revealing the long, black blob of Rushy Pond. Another two miles.”Almost there now,” he coaxed.

Heave, lean, pull. Heave, lean, pull. The lace was slipping more and more out of my hands, my fingers numbed into a curl again and too scrammy to clench. The old weathered barn loomed through the wayside. Mile and a half. A mile.

Mother was outside before the truck was fully parked, wrenching open the door and grasping at my wet arms, exclaiming in fright at the state of us, the lateness of the hour, the weather, demanding without listening why we took so long, half dragging my listless body out of the truck. Once inside, she shrieked anew at our soaked clothes, our numbed faces, our lips, thin lines of blue. To spare her further anguish, I kept my bleeding wrists hidden from view.

A bit later, after we had washed and dressed and were sitting at the table wolfing back bowls of turkey-neck soup, Dad recounted what had happened, with Mother, the baby clinging to her shoulder, and the boys pressing against the table, eager for more.

“I should’ve known,” Dad kept interrupting himself. “Was only yesterday I heard a whinny in the dash.”

“Ahh, you never takes time for nothing,” cried mother, “poor little thing,” she said, leaning over me, smoothing a strand of hair behind my ears. “You must’ve suffered.”

“Not a sound, sir; she never made a sound—did you, Lovey?”

Reaching over, he tweaked the strand of hair and laid his hands against the white of Mother’s tablecloth. The one wrist that had worked the string was reddened and chafed raw.

“Some trip,” I say, and pulling up my sleeves a bit, laid my chafed wrists on the table besides Dad’s.