The Names of Our Lives | The Walrus
Skip to content 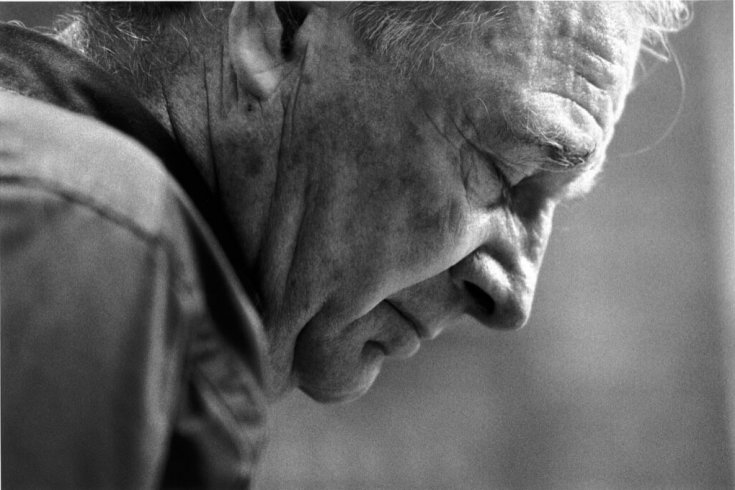 For a nude man born in 1948, Paul Martin is looking pretty good. In the photo that adorns his website, he cheerfully sits on a rock. Since 1994 the British sculptor has explored and celebrated “Tenderness, eroticism, and sexuality.” But Paul Martin of Houston, Texas, is a troubled man, confessing on his blog to being “complex, childish, matured, angry, calm, peaceful, violent.” He likes music by the Thievery Corporation. Paul Martin, an Arizona geoscientist, is an editor of the authoritative 1990 work Packrat Middens. Paul Martin is a Paralympics athlete and the author of One Man’s Leg, and Paul Martin is a defenceman for the New Jersey Devils. Paul Martin, the host of bbc two’s antiques game show, Flog It!, likes walking his dog, Bluebell. Paul Martin sits in the Scottish Parliament as the Labour member for Glasgow Springburn.

The Canadian Prime Minister’s robust ego probably does not compel him to Google “Paul Martin,” but if he did he would find his namesakes everywhere. Mind you, there is more to ego-surfing than simple vanity. We are umbilically attached to our names. Real, adopted, married, assumed, or forged names speckle our birth, marriage, and death notices, our government documents, our bouncing cheques. They connect us to the world, and when a new name is forged, a new soul is identified. We wouldn’t feel quite the same about Cary Grant and John Wayne if we knew them as Archibald Leach and Marion Morrison. (No doubt Barbie the doll would be puzzled if we addressed her by her full name, Barbie Millicent Roberts, or hailed Rudolph the red-nosed reindeer by his original name, Rollo.) If we are very famous, things get named after us—Britney Spears and Avril Lavigne, for instance, are computer viruses. We’re touchy about how our names are spelled, pronounced, or styled. Which is only right. If you are a professional clown from Australia who goes by the name Happy Hoppy the Magical Clown, you don’t want to be confused with Happy the Sign Language Clown of San Marcos, California. And if you’re called Giggles and live in North Babylon, New York, you don’t want to be booked as Tickles, Wiggles, Giggles, a clown trio from Jacksons Point, Ontario. Each of us wants to be the one and only clown.

One man feels so strongly about this that he has devoted a portion of his website to specify who he is not. Michael Hutchings, a mathematician at the University of California at Berkeley, is not Michael Hutchings the biology professor in Sussex, nor the Utah judge, nor a Las Vegas realtor, nor the co-author of The Current Status of the Brown Hare Lepus europaeus in Britain. Especially, he is not “Someone who lived in Mountain View for a while and didn’t pay his cellphone bill.” Hutchings kindly provides electronic links to other Michael Hutchingses, though not to the phone-bill deadbeat.

Yet, nonpareil as we suppose ourselves to be, an opposing instinct propels us when we search out our own names. The imaginative impulse that drives actors and writers to temporarily become somebody else is doubly gratified when the somebody else shares the same name. We’re not necessarily happy in the life our own name leads, or at least we’re charmed by the notion that we could live otherwise. In fact, our own lives have multiple turning points and possible outcomes. Even apart from major crossroads, a chance meeting or a random sighting could have sent us spiralling on a wildly different trajectory.

However fleetingly, namesakes embody a way of jumping the wall we’ve built around ourselves. The search for the same name and different lives can be a liberating game of compare and contrast. Peggy Atwood went to high school in Beirut, organized a Sunday writer’s night at Tootsie’s Orchid Lounge Backroom in Nashville, Tennessee, and on her latest folk CD, Renegade of the Light Brigade, she sings a song called “I want to be Jane.” In 2002, Kerry Edwards, an Indiana bail bondsman, registered the domain <kerryedwards.com>. After the Democratic Party nominated John Kerry and John Edwards for the US presidency, the lucky bondsman got six-figure offers for it.

In the quest for alternative lives, it’s useful to have a common name. A David Thompson uses the web to boast of “The David Thompson Phenomenon,” beginning with the wilderness mapper and fur trader and extending to a Thai food expert, a British multi-millionaire (not to be confused with David Thomson, a Canadian multi-millionaire), and the actor who played Tinky Winky on the Teletubbies. In a recent academic paper resoundingly titled “Unsupervised Personal Name Disambiguation,” two Johns Hopkins professors, Gideon S. Mann and David Yarowsky, note that 76,000 web pages refer to Jim Clark, including a race-car driver from Scotland, a fishing instructor from Canada, and the founder of Netscape.

If your name is Mary Smith (and why shouldn’t it be? It’s the most common female given-name-surname combination in North America), you have it easy. You can be a folk balladeer from Virginia or a Scottish folk balladeer born on the island of Lewis. You can be teaching middle school in Savannah, Georgia, or be a Chicago alderman or a Lakefield, Ontario, city councillor. You can be damn near anyone. Mary Smith lives, and lives on. We belong in her company. Like Walt Whitman, we are vast and contain multitudes. If we don’t like the life we lead, there’s another one out there. It’s being lived in our names.