From Sir, With Love | The Walrus
Skip to content

roanoke, virginia—I was recently offered and accepted a “chair” at Hollins University in Roanoke, Virginia. Hollins’ Master of Fine Arts program in creative writing is one of the highest-ranked in America. Competition is fierce for the twelve places offered each year. In American universities, the holder of a chair is granted instant tenure and is paid far more than his colleagues for doing far less work. As “distinguished professor of creative writing,” I am required to teach one course whose enrolment may not exceed twelve students. I have no other duties.

Despite being required to do next to nothing by way of earning my salary, I have been trying to push that “next” as close to “nothing” as I can. During the first class, I attempted to convince the students that, when it comes to creative writing, quality beats quantity. “Keep your class submissions brief,” I said, adding something about brevity being the soul of wit.

I tried not to sound as guilty as I felt, I whose last two novels each ran to almost six hundred pages, and whose work-in-progress had run to thirteen hundred pages and was hidden in my closet lest a student arrive unannounced at my cottage. I who, when asked, during a post-reading question-and-answer session, if I had ever heard of the expression “less is more,” replied, “Have you ever heard of War and Peace?”

In that same first class, which consisted of only nine students, I was asked by a female student to forbid submissions that contained “gratuitous sex scenes.” I demurred, pointing out that there was no way of defining “gratuitous sex” in advance and that I was equally opposed to all forms of literary gratuitousness. She walked out and I have not seen her since. But my refusal to place an embargo on gratuitous sex had the unfortunate effect of making me popular among the wider student body, thereby swelling my enrolment to the maximum.

Hollins University is an oasis of liberal Democrats in a desert of conservative Republicans. As I write this, Kerry/Edwards signs are planted on lawns all over the campus, where most of the students and professors live. (In the nineteenth century, however, the founder and students of the university owned slaves, whose graves are on campus.) Outside the brick walls, Bush/Cheney signs are everywhere. As are motorists who demonstrate their belief that real men don’t wear shorts by throwing things from fast-moving cars at male joggers who venture off campus, and pulling the trigger of pantomimed pistols and shouting “faggot.”

Hollins is an all-women’s university, except for a minority of male graduate students, most of whom seem to be in creative writing. The university requires all undergraduates to live on campus in dormitories that, during the Civil War, were hospitals for the wounded of the Confederacy. South of the Mason-Dixon line, the Civil War is referred to as “the war between the states.” To refer to it as anything else is perilous for an outsider.

Roanoke used to be a railway town, a passenger depot for Amtrak, but there is no longer passenger service from Roanoke to anywhere. The way the people who live here tell it, Roanoke did what an American city customarily does when Amtrak ceases to be its major employer: It began to produce night-vision goggles for the US Armed Forces.

Many pickup trucks bear rear window signs that read “Attention: I am a Confederate Re-enactor.” This means the driver annually takes part in re-enactments of major Civil War battles, a fact which I find much less unsettling than I do the wording of the signs. Why “Attention”? Is the sign meant to tell me that, should I notice that the truck to whose window it is attached is overflowing with antiquated weaponry and apparently wounded and bandaged soldiers dressed in blue and grey, I need not be alarmed?

I have become a fan of the Hollins lacrosse team. Hollins competes with other universities in many sports. It has won national equestrian and state fencing championships, but the lacrosse team does not often come up in conversation. No one “tries out” for lacrosse. Anyone who volunteers to play is awarded two credits.

Seated in the bleachers at my first game, I watched the arrival by bus of the Sweet Briar team. Twelve women, whose average height I guessed was six-foot-three, disembarked with lacrosse sticks in their hands. All of them were blond, all sported golden tans. “Here come the Amazon women,” said one of my three fellow Hollins fans, an old man wearing a cap emblazoned with a Confederate flag and wielding a cane that he thumped on the bleachers when the women from Hollins took the field. “Dear Lord,” he said, “this year’s crop looks worse than ever.” The Hollins women were short, skinny, pale, studious-looking. All of them wore glasses. They limped and hobbled and seemed to be leaning on their lacrosse sticks to keep from falling down. Most of them bore bandages of some kind, on their elbows, on their knees. One woman wore a neck brace that forced her to look almost straight up into the air. “If they was horses,” the old man said, “they would’ve shot ‘em long ago.” He led us in a cheer of “Go, Hollins, go” that lasted for about three minutes, by which time Sweet Briar was celebrating its seventh goal and their goalie was doing pull-ups on the posts.

Of late, I have taken to administering a Canada quiz in an attempt to find out how much the students and professors know. “I don’t think they call it Canada,” one student said. “I think the right name is Canadian. That’s where the word Canadian comes from.” The head of one of the liberal-arts departments, when asked by me to name three of Canada’s ten provinces, replied “The only one I know for certain is Vancouver.”

The desire, even the intention to “go to Canada someday,” is widespread on campus.

“Which part of Canada do you plan to visit?” I ask. This invariably elicits a blank or quizzical or even disappointed look, as if it was the absolute homogeneity of the nebulous vastness known as Canada that in the first place made it seem worth visiting.

“We have provinces,” I say. “Each one of them is different.”

“You mean like we have different states?” is the dubious, I-think-my-leg-is-being-pulled reply.

I’m glad I decided to keep my house in Toronto and use my generous travel allowance to commute to it on weekends. 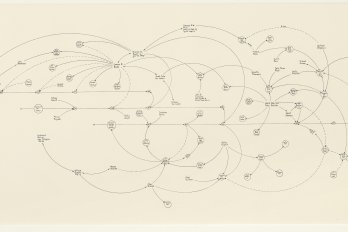