Georgia on My Mind | The Walrus
Skip to content 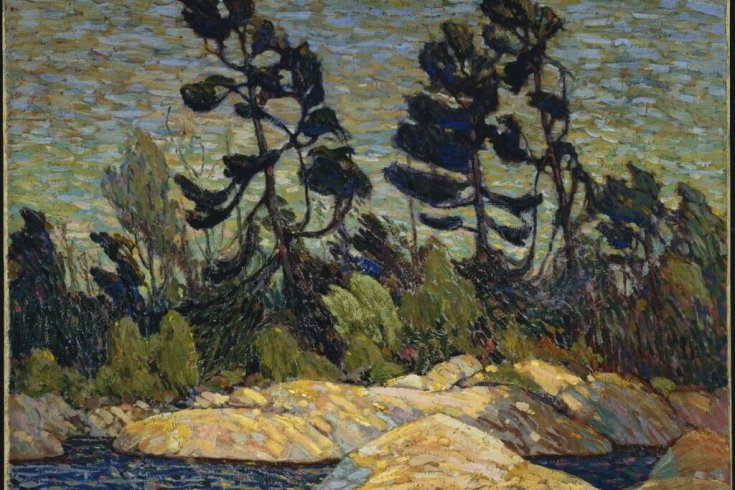 tbilisi—It’s called a supra, a traditional Georgian feast that can last for four or five hours. The head of the table, always a man, acts as master of ceremonies for the evening, telling stories and showering toasts and praises on the other men. Women traditionally do not speak, nor do they join the men at the table, though exceptions are sometimes made for foreigners. Instead, they serve, and serve, and serve again, until the plates of food are piled on top of one another. Fat from the barbecued goat and the homemade cheeses congeals on the table and attracts flies. Every toast demands a full glass of wine and guests who refuse get a slap on the back for encouragement. Travel books call it “hospitality terrorism.”

Politics and religion are dangerous topics of conversation at a supra, at least here in Georgia, where, as my friend Salome says, you never know what might spark a revolution.

You could say that politics sparked the peaceful revolution that drove the president, Edvard Shevardnadze (“The White Fox”), out of office last November. Or perhaps it was the disarray into which the country, once one of the most affluent of the fifteen former Soviet republics, had plummeted during more than a decade of mismanaged independence, rife with government corruption, crime, civil war, bad roads, and rising poverty. But more probably, underneath it all, it was bad faith. People had had enough. The rigged election on the 2nd of November was the beginning of the end for the president.

I was in Georgia in September, working on a film. We hung out with Salome in Tbilisi and loved the city she showed us. She and her friends took us out and made us laugh. They were, like her, young, smart and committed, but they were also barely hanging onto their jobs, and there seemed no room for them in this Georgia. It was a bad time for average Georgians to be playing host to foreign visitors, but they made the best of it.

Temur Babluani – master filmmaker, close friend of President Shevardnadze, winner of the prestigious Silver Bear from the 1993 Berlin Film Festival– is not your average Georgian. He’s a domineering man in his fifties with white hair and enormous, drooping black eyebrows. An abrasive stutter – the result, his wife confided, of a blow to the back of the head when he was a homeless street kid – hardly impedes the bite in his barking voice.

For five days, he drove us across the country in a convoy of Lada jeeps with a special police escort, literally dodging the bullets of ancient Svan family feuds, stopping only to fix tires that had burst and to eat khachapuri (cheese pie) and drink fresh wine late into the night.

For our last supra together, on the eve of fall harvest season, Babluani insisted that we head out to Kakheti, in the wine region several hours’ drive outside Tbilisi. We invited Salome to help with the translations, as Babluani spoke little English or French. Babluani was patronizing towards Salome, but he seemed to like her and, in a gallant gesture, had even sent regards to her mother, a famous singer who had toured throughout the Soviet Union.

The supra got off to an unpleasant start. Babluani imposed us on a rural family that was clearly not well off. Tradition didn’t allow us to offer them money so I kept myself busy, helping the women while catching whispers of a secret drama among them. The family’s fifteen-year-old daughter had just run off with a boy and they were in no mood to pile plates of food in front of us. But tradition, and Babluani, demanded it.

Meanwhile, he was drinking heavily and proposing elaborate toasts, all dutifully translated by Salome. He toasted the beauty of Georgian wine. He told the story of the time his grandfather bumped into Stalin by the side of the road. He asked the men to propose toasts of their own. They toasted family values, they toasted women, they toasted fathers and sons. Salome translated it all faithfully.

Then Babluani began to tell a story about Shevardnadze, his president and friend. He said he hated it when people criticized Shevardnadze. Shevardnadze was the country’s only salvation. Babluani was not a political man, he stressed, but in times like these, it was imperative for him to defend his friend.

As he droned on, Salome continued to translate, until all at once, the words she spoke began to reflect her own thoughts rather than his. “In the thirteen years he has ruled the country,” she said, “Shevardnadze has little to show for it. The economy is a mess. We have no electricity. The seniors can barely feed themselves.” She repeated everything bilingually. “And how come all of Shevardnadze’s relatives own everything?”

When Babluani realized what Salome was doing, he flew into a rage and shouted her down, while she continued to translate for our benefit. “He says I am a stupid little girl. He says how can I know anything about Shevardnadze and politics? He says. . . .” But then she fell silent and bowed her head, staring into her lap while Babluani raved on. We all looked on in alarm. Babluani was standing now, towering over her, screaming. His wife tried to pull him back into his chair, begging him to stop.

Finally, as though he’d run out of steam, he composed himself and sat down. He asked another young man to propose a toast. A boy from Belgium smugly offered a toast to “tradition.” Babluani was satisfied. Then, to close the long evening, he magnanimously asked a woman, my friend Anna, to say something. Like a UN peacekeeper, she sought to restore balance. Raising her glass to Babluani, she proposed a toast to the wisdom of the old. Then she turned to Salome: “And to the fresh ideas of the young!” But this triggered another rant from Babluani. Salome translated only some of his words; I heard her say “fascist” and “stupid.” While he thundered on, the rest of us gathered our coats and piled into the jeeps for the long drive back to Tbilisi.

On the ride home, Salome cried quietly in the car. Police checkpoints flashed by in the headlights. Salome would not reveal the undeciphered parts of Babluani’s rage; she would only say that no one had ever spoken to her like that before.

In a few weeks’ time, Babluani’s great friend, the president, finally succumbed to the persistent, peaceful chants of tens of thousands of Salomes who had formed a human chain around the Georgian parliament, demanding his resignation.

As I watched the flag-waving crowds dancing in the streets of Tbilisi on television, I wondered if Salome felt some satisfaction, knowing that our September supra had been a small foreshadowing of the great changes that were to come.

Katerina Cizek is an Emmy Award–winning documentary maker working across media platforms. Her work has documented the digital revolution and has itself become part of the movement. Currently, she is the director of the National Film Board of Canada’s Highrise project, and for five years she was a filmmaker in residence at St. Michael’s Hospital, during which she made the 2008 Webby Award–winning movie Filmmaker-in-Residence. See also worked on the acclaimed documentary Seeing is Believing: Handicams, Human Rights and the News (2002), co-directed with Peter Wintonick.