Why the Poles Are in Iraq | The Walrus
Skip to content 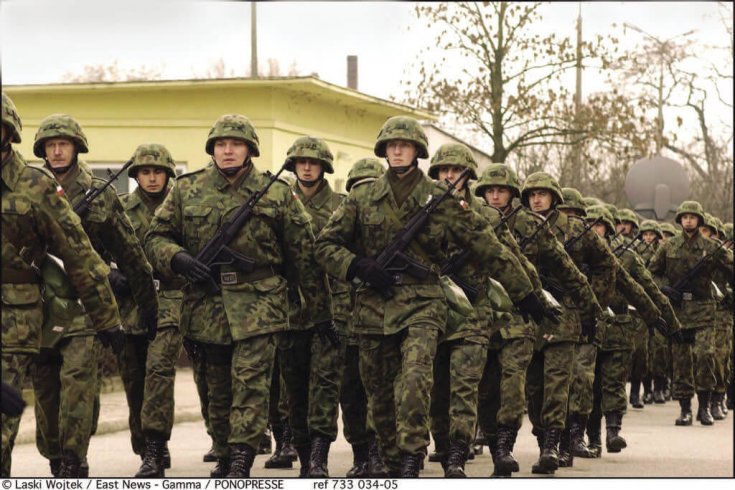 warsaw—The Polish army has a problem. At the moment, there are about 2,500 Polish troops serving in Iraq. They are at the core of a multinational division of close to 10,000 that includes Ukrainians, Spaniards, and a host of small contingents from Latin America, the Baltic states, Bulgaria, Romania, Mongolia, Fiji, and Thailand. Together, they are responsible for restoring and maintaining public order in a predominantly Shiite sector of south-central Iraq that covers 70,000 square kilometres. By February, when the Polish contingent is due to be rotated out after six months of service, replacements—which have to be volunteers—may not be easy to find. Filling the officers’ slots won’t pose much of a problem—officers are well paid, at least by Polish standards. Ordinary grunts, however, are less enthusiastic about risking their necks on a mission that is dangerous, unfocused, and unpopular at home.

Just days before the Poles were to take over responsibility for their zone in early September, a bomb exploded in front of a mosque in Najaf, killing the Ayatollah Mohammed Baqir al-Hakim and at least a hundred worshippers. It was the bloodiest act of violence committed in the country since May, when President Bush announced that the war was over, and it pushed the official start date of the Polish mission to September 23rd.

Though public-opinion polls give contradictory results, a substantial percentage of Poles remain opposed to the presence of Polish troops in Iraq. Surprisingly, a majority also believe that their mission will be successful. This might be seen as an expression of wishful thinking, or it might be a reflection of the still widespread belief here that America—Poland’s Big Brother in Iraq—cannot get things wrong. Or it may simply be that the pollsters failed to define “success.”

Earlier this year, with very little public debate, Poland sent a small contingent of about two hundred special forces to fight in the war against Saddam Hussein. They performed very well and, to their credit, were suitably modest about their contribution. The reasons for the deployment were clear enough: for the Polish political elite, aligning with the Americans is a natural reflex. Most politicians seem to believe that the country will carry more weight within the European Union, which it will join next year, if it is seen as a U.S. ally.

Poland has paid a price for its pro-Americanism: the French call Warsaw “Washington’s Trojan horse” within the European community; the Germans—more spitefully—call it “the Trojan ass.” So we might as well enjoy the benefits of our alliance
with the U.S.,the politicians say. This view is especially strong among the ruling Democratic Left Alliance party, many of whose members worry that, unless they are sufficiently pro-American, they will expose themselves to accusations that they haven’t shaken their past as Soviet stooges.

Most Polish intellectuals had a different reason for supporting the war and Polish participation in it. Because their thinking has been shaped by decades of anti-totalitarian struggle, they automatically applaud each time a dictator is brought down, and they are not too fussy about the ways and means. They overwhelmingly supported the military interventions in Kosovo and East Timor, for instance. During the Communist period, an American invasion of Poland would have been gratefully welcomed, by most, as a liberation, and we would certainly not begrudge that to others.

It’s not that Poles have a rosy view of American power; it’s just that no matter how evil, vicious, or corrupt the American occupation of Iraq might eventually turn out to be, it will still be infinitely better than the Saddam alternative. We might wish there had been other ways of deposing him, but we have long outgrown the belief that one can simply wish a dictatorship out of existence.

Both the political and intellectual elites agree, though, that supporting the U.S. is fundamentally in Poland’s interest. When the French ambassador complained about Warsaw’s pro-American stance, a former dissident and foreign minister, Bronislaw Geremek, otherwise a sworn Francophile, was rumoured to have replied, “Do you seriously suggest that we entrust the security of Poland to the French army?”—a stinging reminder of France’s failure to come to Poland’s aid at the outset of World War II. To put it bluntly: placing Polish troops in harm’s way at Washington’s request increases the chances that American troops might, in some future hour of need, put themselves in harm’s way at Warsaw’s request. It goes without saying that we view such a possibility as remote, and that American support is not guaranteed even then, nato or no nato. But a country that has been independent for only thirty-five of the last 210 years cannot afford to base its security solely on the belief that its neighbours—mainly Russia—have truly changed. Sending troops to Iraq was a sound insurance policy.

Sound, but costly. The two largest European Union states—France and Germany—made their implacable opposition to America’s war in Iraq known well in advance, and they expected everybody else to follow suit. The pro-American stance of Poland and others, like the Czech Republic and Hungary, was received in Paris and Berlin with surprise and outrage, as unfriendly, un-European, even hostile. Of course, Poland and the others had not opposed a common EU policy but had merely chosen to support a position taken by three other full members of the community—Britain, Italy, and Spain. Taking sides in an in-house debate is hardly an act of disloyalty, yet this is how the anti-American European leaders chose to see it. Possibly to teach Warsaw a lesson in loyalty, French president Jacques Chirac and German chancellor Gerhard Schröder started courting Russian president Vladimir Putin, overtly snub-bing the Poles. The twelfth annual German-French-Polish summit in May
eventually put an end to public recrimination, but mutual mistrust and hurt remain. In all, it was a lesson in European backstabbing, something that has been cheerfully going on ever since the continent began the process of integration.

Ironically, the decision to send that small contingent of troops to Iraq earlier this year was opposed by a clear majority of the Polish public. The main reason was the widespread belief that we have no business sending our troops outside our own borders. That might not be terribly smart, but it is understandable: Poles are tired of politics, be it national or international, and their greatest hope is to be left in peace. The government, it is true, made no effort to swing public opinion around, and in retrospect, that was probably wise: the current government is the most unpopular of any since 1989 (and the competition for that honour is stiff). When it actively campaigned for the “yes” vote in the referendum on EU accession, the outcome was in doubt to the last moment, despite the fact that rejoining Europe has been the ambition of generations of Poles.

Sending troops to Iraq after the fall of Saddam is a different proposition altogether, and even some who supported the war have been critical of Poland’s deepening involvement. It is doubtful whether the remnants of public support can hold up once the bodies start being shipped back home, as they inevitably will. But at least, for the first time since 1939, Poland is free to make its own decisions on the international scene—and its own mistakes.