Not In Our Backyard | The Walrus
Skip to content 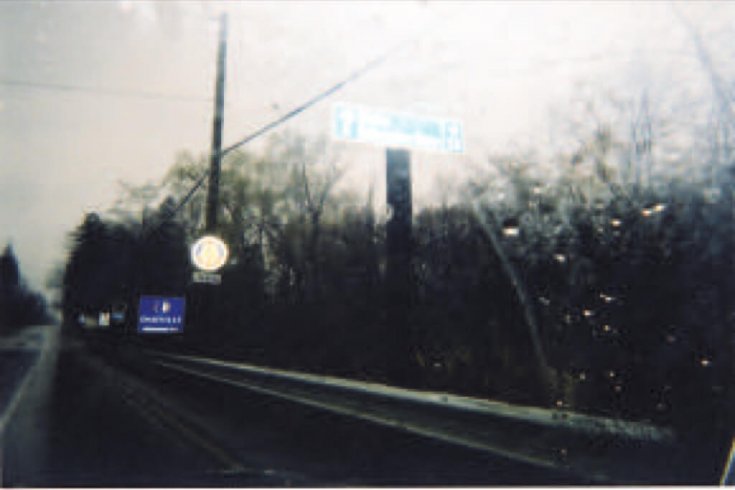 You are now entering Oakville, the only billboard-free municipality in Canada / Photograph by Joshua Knelman

oakville—There are no billboards flaunting the latest luxury SUVs or fruit-infused shampoos on the front lawn of the Supreme Court of Canada. The only advertising in sight is splashed across the jackets, sweatshirts, and hats of the visiting high-school class huddled near the court’s solemn entrance. On this sopping wet November morning, all nine Supreme Court judges swish into the intimate black-walnut-panelled courtroom to rule on the case of Oakville, Ontario, v. Vann Niagara Limited, an outdoor advertiser intent on erecting eighty-six billboards in Canada’s only municipality with a strict anti-billboard bylaw.

It’s a classic public/private space face-off, an apple-pie town being bullied by big business. The entire hearing takes less than an hour. Oakville’s lawyer wasn’t even called to speak, a rarity that foreshadows the sympathies of the judges. Oakville wins, which means the pristine town will remain billboard-free for now. The ever-expanding empire that is the outdoor-advertising industry will have to settle for the rest of Canada.

In the decade since Oakville’s council passed its bylaw halting construction of any signs larger than eighty square feet, thousands of billboards have gone up across the country, including new monoliths called “superboards.” Perhaps Oakville councillors saw the writing on the wall, spurring them to preserve the town’s uniqueness while they could. Ottawa, too, has strict rules designating where billboards can and can’t be built, which is why there will never be an ad for Sony or Coca-Cola above the Centennial Flame. In that sense, Oakville and The Hill are kindred spirits to the hundreds of gated communities across North America. “Gated communities do not allow any form of advertising, not even for-sale signs on homes,” says Edward J. Blakely, co-author of Fortress America.

Oakville isn’t gated, but it is rich, and, in 1995, even boasted the highest per-capita income of any municipality in Canada. It may be relatively small (population 146,000) but more than 260 companies have head offices in Oakville, including Pattison Outdoor Advertising, Canada’s largest billboard landlord. Pattison controls 47 percent of billboards in Canada. The company, however, did not pursue a claim against its home town. Why?

“It’s a class issue,” suggests Meg Maguire of the Washington-based Scenic America, a kind of billboard resistance movement. “Next time you’re in New York City drive the Henry Hudson Parkway on the west side. Look at the appalling conglomeration of billboards at 125th street in Harlem. Do you think they would put those on Riverside Drive in front of those elegant, upper-class apartments? People with money live in those places. If you look at the list of good places to live and work in this country, in many cases you will see that they have strict billboard control. Rich people wouldn’t stand for them, having tawdry billboards blocking your view of the ski slopes. C’mon!”

Scenic America’s Web site lists several hundred cities and towns across the U.S. that have managed to halt new billboard construction and, in some cases, even roll back the number of existing billboards. (Houston had more than ten thousand billboards in the early 1980s but has only 4,500 today). In 1965, Lady Bird Johnson persuaded her husband, President Lyndon Johnson, to introduce legislation to clean-up outdoor advertising along the nation’s highways. But, Maguire points out, by 1968 the outdoor-advertising industry had lobbied so hard against it that today the Highway Beautification Act should be called “the Billboard Proliferation Act.” Maguire’s message for Canadians: “Watch out! The industry will litigate every time anybody wants to take a billboard down, so you better be sure there are laws in place that are very clear. . . . You’ve got to have very strong local control.”

The Oakville ruling confirms Maguire’s advice. Municipalities have more power than the average citizen might suspect. Two years ago, a Vancouver bylaw limiting rooftop billboards was upheld by a B.C. appeal court. In Ontario, the courts have consistently supported the likes of Scarborough and Burlington, who have done away with temporary roadside ads. “If there’s one principle that comes out of all this, it’s that the courts are genuinely prepared to defer to the decisions of elected municipalities in dealing with the appearance of their own city,” says George Rustd’eye, the lawyer for Oakville. “These days there are signs everywhere. Flip signs signs that change, lighted signs, animated signs. I guess a lot of municipalities have never actually asked themselves, ‘Do we want billboards?’”

On Oakville’s Lakeshore Road is the town’s well-kept stretch of eateries and boutiques; holiday wreaths top rows of green, ye-olde lampposts. On a wall outside The Second Cup coffee shop hangs Oakville’s only billboard, tolerated because it was constructed before city council voted in the bylaw in 1994. Ten minutes away, on the border with Mississauga, a line of billboards compete for the attention of the rushing drivers on Winston Churchill Boulevard. Legislation can only protect residents if they stay in their own town, their eyes cast inward.

Joshua Knelman is a founding member of The Walrus and the recipient of multiple National Magazine Awards. His debut true-crime bestseller, Hot Art, earned the Crime Writers of Canada Best Non-Fiction Book Award and the Edna Staebler Award for Creative Non-Fiction. He lives in Toronto. 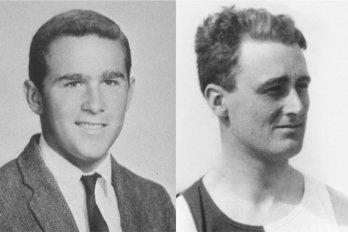