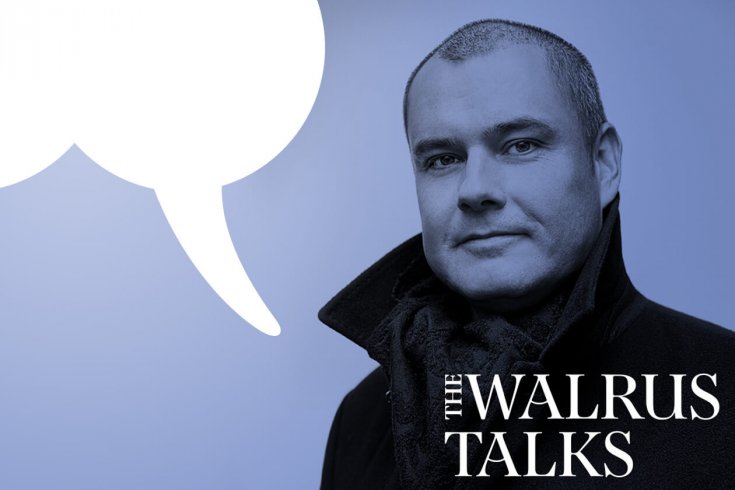 Jesse Thistle shared a story he had written about some of the worst and best memories of his life from sleeping in his friend’s car in 1997.

The frigid nights in the back of his friend’s car were defining moments for Thistle, where he learned from his elders: addiction, hunger, homelessness, and loneliness, about the hope in every sunrise.

You can listen to Thistle’s talk or read it below.

Iremember sleeping in my buddy’s car alongside of the banks of the Fraser River in New Westminster, in British Columbia.

The two of us had been there for a few months in winter in 1997.

Winter in Vancouver—despite what people think—can be quite cold and damp.

I slept in the back seat. He stayed in the front.

My time in that car are some of the worst and best memories of my life—I hope my little story today will shed some light on why that is.

I was raised in Brampton by my “white” grandparents after my Métis-Cree family in Saskatchewan couldn’t, and growing up without any sense of my Indigenous identity led to some pretty poor choices by the time I was 20.

I was wild; I partied all the time.

One day, my grandparents had had enough and kicked me out, then they banned me from ever going back home.

I thought Vancouver would be a great place to start over, away from my addictions and the damage I’d caused everyone, so off I ran.

Little did I know that Vancouver is the epicentre of street life in Canada.

It can be argued that is the most dangerous place in North America if you’re Native, addicted, and lost.

Within weeks of living in that car, I wasted down to nothing.

I didn’t know anything or anybody: where to get food, shower, ask for help, and I couldn’t shoplift because I looked like a street person and floorwalkers followed me wherever I went.

But the chill in my bones was the worst.

At night, while trying to sleep, my back and legs ached from the cold and the condensation of our breath.

I was folded up like an accordion across the backseat, my feet rammed into the side window trying stretch out.

Sometimes my face would press against the door handle and I’d wake up with a circle on my cheek or forehead; the imprint remained there for days.

Other times I wouldn’t sleep at all. I’d just lay there with my eyes open, shivering and wondering why Creator/God/Allah/the Universe, whatever you want to call it, had abandoned me.

I remember wishing I could go home—but I couldn’t.

The only good thing was the back window of the car—it was like my television.

I’d watch every night as the clouds rolled by, blotting out grandmother moon as she smiled down on me from her place high above.

The constellations of stars, too, seemed to twinkle and wink at me, as they glowed bright into their millions.

And the comets raced by, waving at me then falling off one-by-one in the direction of the Pacific Ocean.

Those frigid nights seemed to last forever in the backseat.

And as I watched the celestial heavens in all their glory, I prayed.

I prayed for a home, for a future, and for the light of day.

Without fail, the sun would crest over the eastern mountain tops right when it was coldest.

Right when I couldn’t take it anymore.

Right when all hope of warmth seemed lost.

And when those morning rays hit my face and warmed my spirit, I knew I’d earned the daylight.

I knew I’d earned my right to live.

I knew I’d earned my tiny spot in creation.

I’ve never forgotten how triumphant that felt— and I doubt I ever will.

Years later, after I’d gotten sober, off the streets, and found my way to university, I met a Métis-Cree Elder.

I’ll never forget what she told me in her kitchen one day.

I sat with her and I started complaining about my time in the car by the river—the pain, the cold, the loneliness, the bent bones, the heartbreak.

I knew she had a similar story of homelessness in her youth and I thought we might be able to connect that way—you know, by bitching about the hardships of street life.

Halfway though my story she interrupted me.

“How dare you!” She said as she put down her tea and looked me right in the eye. She seemed quite upset. “How dare you talk about your Elders that way.”

I was confused. What did I say? I didn’t know.

She let me sit there for a few minutes, to let it percolate, like Elders do, but I couldn’t figure it out.

They taught you how important love is.

How important family are.

How important food and shelter are.

And you got to see the stars and moon in ways that most today will never take the time to see them, in all their splendor and beauty.

But beyond all that, your Elders taught you the value of sunlight and that each day is a blessing, and they gave you a real sense of belonging within Creation.

Those, my child, are priceless lessons.”

With these words, my Elder changed my perspective—from resentful to thankful.

She got me to see that sometimes we go through rough times to learn valuable teachings so we can go on and share them with others, just as I have shared with you all today.

It is my hope that I’ve helped some of you see that my time in car wasn’t all bad—it was just the path I had to walk so I could learn and eventually help people in my work today, in the homeless sector. And it is my hope that you will see the light as I now see it: as a gift, a promise, a daily affirmation that we all have a purpose and the right to exist, either bathing together in the glory of the morning sunlight, or stargazing alone out the back window of an old car under the watchful eye of grandmother moon.

Jesse Thistle (@michifman) is Métis-Cree from Saskatchewan and raised in Brampton. He is a PhD candidate in history at the York University. His doctoral work on Metis road allowance communities has won the Pierre Elliott Trudeau Foundation and Vanier doctoral scholarships, and he is a governor general medalist. Jesse is the author of Definition of Indigenous Homelessness in Canada, published through the Canadian Observatory on Homelessness, and his historical research has been published in numerous academic journals, book chapters, and featured on CBC’s Ideas and CBC’s Campus.

Jesse Thistle (@michifman) is Métis-Cree from Saskatchewan and raised in Brampton. He is a PhD candidate in history at the York University. His doctoral work on Metis road allowance communities has won the Pierre Elliott Trudeau Foundation and Vanier doctoral scholarships, and he is a governor general medalist. Jesse is the author of Definition of Indigenous Homelessness in Canada, published through the Canadian Observatory on Homelessness, and his historical research has been published in numerous academic journals, book chapters, and featured on CBC’s Ideas and CBC’s Campus.
X