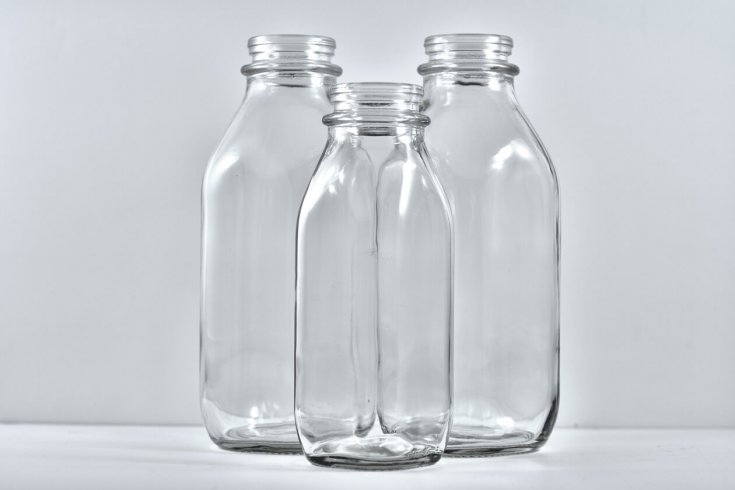 The gasps were audible throughout the crowded room. It was standing room only.

I was at Université Laval in Quebec City, having been invited to speak on a 2016 panel debating supply management (the formal name for Canada’s system of support and trade protection in the area of dairy, poultry, and egg production). Two speakers were in favour of supply management, two against. I was one of the latter.

And I had just compared the Canadian dairy lobby to the National Rifle Association in the US.

That a Quebec venue was hosting panellists who questioned the merits of supply management was unusual enough. The province is home to almost two thirds of Canada’s dairy producers (although they represent less than half of national production), as well as the most vocal and militant supporters of protectionist dairy policies. Supply management is, pun intended, a sacred cow in Quebec. Politically untouchable. A true “third rail.”

I had, three years earlier, and innocently enough, embarked on a public-policy research project that would bring me into contact with this third rail. It still does. But it had nothing to do with any particular affinity for livestock. I don’t even like milk that much. Rather, my interest in the issue originated in my prior work in international trade law and commerce—and then an eye-opening stint in national politics.

Canada is a free-trading nation—our economy is heavily dependent on trade. Yet we retain an anachronistic system of protection for dairy, poultry and eggs. Just those sectors – no others. This anomaly has been a huge liability for Canada in every recent set of trade negotiations, including those for the Comprehensive Economic and Trade Agreement with Europe (CETA). Every time our trade negotiators walk into a boardroom, they’re at a disadvantage—they effectively have one hand tied behind their backs.

In negotiations, when you take, you have to give. To maintain explicitly protectionist policies in this one area, we have had to make sacrifices elsewhere. Much trade negotiating is done behind closed doors, so we don’t know for sure which sectors have suffered, in which round, at which table. Manufacturing? Other farm products, such as beef, grain, or pork? Auto assembly? Furniture? Is this why we sacrificed our sugar-beet sector to the United States in the FTA/NAFTA negotiations? Whatever it was, Canadians paid the price.

But supply management has been with us since the 1970s. Who was I to question it?

It isn’t just me. During my time in politics, a majority of MPs I spoke to agreed that the system was obsolete, and that it should be dismantled. They agreed—in private—that dairy, poultry and eggs should be treated like the rest of Canadian agricultural products (i.e., with targeted forms of government assistance when and where needed, but in a manner more consistent with international trade practices). Alas, those same MPs would then add, “But we don’t have the votes to change it.”

The issue became particularly difficult for me to ignore once I was appointed as the Liberals’ International Trade Critic in the Official Opposition shadow cabinet. I recognize that politicians serve at the will of the people. But I also felt that MPs are elected to help lead, and not just to follow.

Fast forward to a time, post-politics, where I was given the opportunity to study as an Executive Fellow at the University of Calgary’s School of Public Policy. A year later, in 2012, I published a thirty-four-page monograph, “Supply Management: Problems, Politics and Possibilities.” Despite the wonky-sounding title, it generated enormous attention in the media. It was gratifying to see that I’d at least jump-started a national discussion on an issue that many once had felt was untouchable.

Our supply management system should be called what it is: a quota-regulated, price-fixing cartel, with prices set by the dairy producers themselves, high tariffs (in the range of 250 to 300 percent) applied to imports, and limits on production. As a result of this system, Canadian consumers pay two to three times more than they should for milk, butter, cheese, yogurt and ice cream. Worse, it’s a regressive system, hurting poor consumers the most.

While supply management’s defenders claim that the system helps support small farmers, statistics show that in Canada, the rate of consolidation has actually been higher in the supply-managed dairy, poultry, and eggs sectors than in most other non-supply-managed agricultural sectors. (In the 1970s, when supply management was brought in, there were approximately 145,000 dairy farmers across Canada. Now, according to Statistics Canada, there are only about 9,000.) The idea that supply management’s beneficiaries are mom-and-pop family operations may work well as propaganda, but it is largely anachronistic.

The average Canadian dairy farm’s net worth is almost $4 million. For the average poultry and egg farm, that figure is $6 million—which explains why it costs more to buy a dairy farm in Canada than to buy a Tim Horton’s franchise. This archaic system forces a single mother on welfare to pay hundreds of dollars more per year than she needs to, just so we can continue to enrich a small number of cartel millionaires. Even if the government does not “subsidize” the dairy industry in the sense of direct payments, the inflated prices produced by this system represent a clear artificial wealth transfer from the bulk of Canadian society to what is now a small group of wealthy producers—members of the oft-vilified “one-percent.” The money comes out of everyone’s pockets, just as a government subsidy financed with our taxes would. That’s why every significant international trade authority has properly called out our supply management system as a de facto subsidy, including the World Trade Organization (WTO).

We are hurting ourselves in other ways, too, by way of missed export opportunities. The New Zealanders, Australians, and now the Americans are leaving us behind. Thanks to rapidly growing markets and rising global incomes, there are now billions of new consumers who could be buying our products. But we are prohibited from exporting any of our dairy: The WTO has ruled that, due to the heavy subsidization our supply management system provides to Canadian producers, international sales are prohibited.

The lobbying effort that supports supply management has manufactured all sorts of myths. These lobbyists will claim, for instance, that Canadian dairy prices aren’t really that high. But if that were true, why do we need tariffs of 250 to 300 percent, encouraging ordinary Canadians all along the border, from east to west, to make regular weekend driving trips across the border to stock up on milk, cheese, and eggs? Moreover, if there were no massive price gap to be exploited by criminals, why did police recently feel the need to break up an American-sourced cheese-smuggling operation?

Nor should Canadians be duped by tit-for-tat arguments that focus on subsidy programs in other nations, or the (largely non-existent) challenges posed by Canada’s climate. While the United States may protect certain niche industries, such as sugar, their subsidies of dairy bear no comparison to Canadian-style supply management. And Australia and New Zealand don’t subsidize their dairy industries at all.

Perhaps the most ridiculous argument on behalf of supply management is that it serves to protect food safety and security. Everyone wants safe food. But the way we ensure that is by proper regulation, food labelling, and inspection. The economic structure of supply management is completely irrelevant in this regard. Fearmongering about US milk containing hormones, in particular, is entirely specious. It is worth noting that in the recent CETA trade agreement, Europe successfully insisted that beef coming from Canada be hormone-free. There is nothing to prevent Canada from similarly asserting policy autonomy in regard to dairy products, either by refusing to accept milk laced with hormones, or by requiring thorough labelling so that consumers can make their own choices.

So if it is so obvious that supply management has passed its best-before date, why is it still with us?

By way of answer, let us go back to that crowded university classroom in Quebec, and my comparison between the Canadian dairy lobby and the National Rifle Association. The NRA is one of the wealthiest and most powerful lobbies in the United States, much like the dairy lobby here in Canada (funded, ironically, by the premium Canadian consumers pay for their dairy products). While most of us like cows more than guns, both lobbies work the same way: using propaganda and fearmongering to push the interests of a small group of highly motivated actors at the expense of overall national well-being.

The Canadian dairy lobby, according to the most recent estimates, spends about $120 million per year on public ad campaigns and political lobbying. That’s more than $13,000 per cartel farm. If the case for supply management makes so much sense, why do they have to spend such an extraordinary amount of money defending it?

With Donald Trump beating the drum for American protectionism, we need to be working even harder to make the case for more liberal Canadian trade policies. But when it comes to our dairy industry, our international critics are correct to single us out for our hypocrisy. And even if they weren’t, purely domestic concerns would be sufficient to justify the dismantling of supply management. It is a policy that enriches the few at the expense of the many. And it is high time that it be put out to pasture.

Martha Hall Findlay (@MHallFindlay) is the president and CEO of the Canada West Foundation, and a former member of parliament.