He Came, He Saw, He Went Home | The Walrus
Skip to content 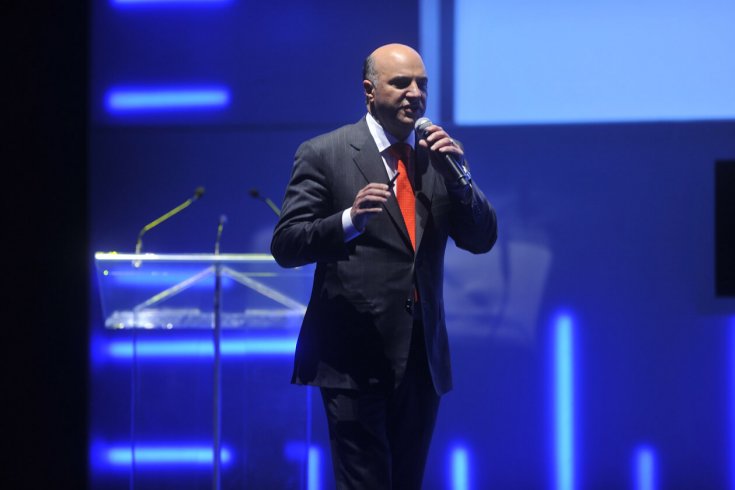 It may be true that Michael Ignatieff, globe-trotting academic and former leader of the Liberal Party of Canada, didn’t come back for me, a typical Canadian voter. That was the thrust of an attack-ad campaign mounted by the Conservative party between 2009 and 2011, when Ignatieff led the opposition against the government of former prime minister Stephen Harper. Many of the spots ended with a man grimly declaring, “Ignatieff: He didn’t come back for you.”

By implication, of course, the Conservatives were saying that Michael Ignatieff didn’t care about Canada, its voters, or its challenges. He cared, the Tories were saying, about himself, that seeking the country’s top job was an elite cosmopolitan’s latest vanity trip. It was probably a somewhat unfair suggestion. But the ads contained enough truth to resonate; Ignatieff himself later acknowledged they had been lethal, saying that he was “denied standing” by their devastating effectiveness.

But that was then. Seven years has made a big change. Michael Ignatieff may not have come back for me, and he didn’t end up sticking around all that long after his electoral annihilation. But at least he came back. We can’t even count on that anymore.

I’m referring, of course, to Kevin O’Leary, the pop-culture capitalist known for reality TV and media commentary, who allegedly flirted with the idea of seeking the leadership of the Conservative party. To be clear, he did register to campaign, eventually. He released some statements and videos claiming to be interested. He gathered supporters and donors and assembled some staff, and even made it to a handful of events. But it’s still hard to accept that he was really ever in the fight. Between his campaign launch in January and his sudden withdrawal earlier this week, at a Toronto press conference where he endorsed Quebec MP Maxime Bernier, he never really seemed that engaged. Where the Tories had once accused Ignatieff of “just visiting,” O’Leary seemed to be simply passing through on some kind of weird months-long layover during a flight from his home in Boston to a TV shoot in Los Angeles.

This might sound like criticism of O’Leary himself. It isn’t, per se. He’s entertaining as a commentator (I’ve interviewed him numerous times on the air and he’s rarely disappointed). His reality TV ventures seem to have been successful. Nor do I suffer from that all-too-common Canadian affliction of resenting those who find success in the United States. But as a candidate, he left a lot to be desired. Including some pretty basic stuff, like . . . showing up.

This is odd. O’Leary’s entire appeal was his business acumen and unapologetically capitalist mindset. But I’ve known self-made entrepreneurs. I’m the son of one. When they take on a challenge, they give it everything. They come to compete. They cannot stand the idea of losing, and certainly won’t ever lose for lack of effort. O’Leary the politico? Not so much. He came, he saw, he went home.

And yet along the way he amassed considerable support. Serious-minded Tories backed his campaign. Numerous polls showed him with a clear lead over his numerous rivals. And that’s weird.

Conservatives are supposed to value hard work, grit and self-sacrifice; O’Leary half-assed his way through a campaign, but only when it fit with his schedule. Conservatives are supposed to love Canada’s military and desire a strong role for Canada in the world; O’Leary seemed to think the only point of having a military was peacekeeping. A certain skepticism (to put it mildly) of the CBC is practically a shibboleth for Tories; O’Leary wanted to make the public broadcaster’s radio and TV news programming more accessible to the entire world via an increased focus on digital delivery. These aren’t necessarily bad policies, but they seemed a bit out of place in a Conservative leadership campaign. That would have been okay if O’Leary had been proposing them as a deliberate break with past dogmas, but instead, it seemed more like he simply had no idea what the party he sought to lead cared about. You wonder if no one thought to tell him.

This was clear even in his remarks as he departed the campaign and endorsed Bernier. O’Leary said he still believed he could have won the leadership, but had concluded he couldn’t win the next election. The problem, as he saw it, was Quebec. He didn’t have the French-language skills to compete there, and couldn’t win without it. He was offering this up as a revelation, when, in fact, it was something that O’Leary was aware of because reporters—people with at least some basic understanding of Canadian federal political dynamics—had repeatedly asked him about it, even before he joined the campaign. He’d brushed off the concerns, saying Quebecers would respond well to him because he’d been born in Montreal.

I’m no expert on Quebec, but I know enough to know, “Trust me, I’m a rich, unilingual Anglo-Montrealer who mostly lives in the United States” was probably not as reassuring a message in French as he felt it was en anglais.

At the risk of belabouring the point, it’s worth noting that O’Leary summed up his electoral challenge by comparing Quebec to Florida, apparently referring to that state’s importance in Electoral College calculations for both major US parties. That’s not only wrong on the math—it’s possible to win without Quebec or Florida, although carrying both certainly helps—it’s also revealing. Even when quitting a Canadian political race in Canada’s largest city because he was unilingually English—that most Canadian of political weaknesses—he still reached first for a US political analogy.

While O’Leary cut it close, the main voting in the race hasn’t happened yet. His supporters have some time to figure out what to do, so the race shouldn’t be too warped by his late exit. And O’Leary himself, of course, will just go right back to his old life, having raised his profile a bit and suffered no real lasting damage.

But this entire affair is a warning for Conservatives. A man with no political experience, policy positions well outside the party norm and a demonstrated ambivalence toward the vital job he sought was doing surprisingly well in the polls before he shrugged and walked off the stage. That is not the sign of a healthy party or a happy grassroots. Canada benefits from a strong Conservative party, capable of holding the government to account. Getting their own house in order must be job one for the next leader, and it may take more work than they might have thought even a few months ago.

Matt Gurney (@mattgurney) is host of The Exchange on AM 640 in Toronto and a columnist for Global News. He was a member of the National Post comment section for almost nine years.